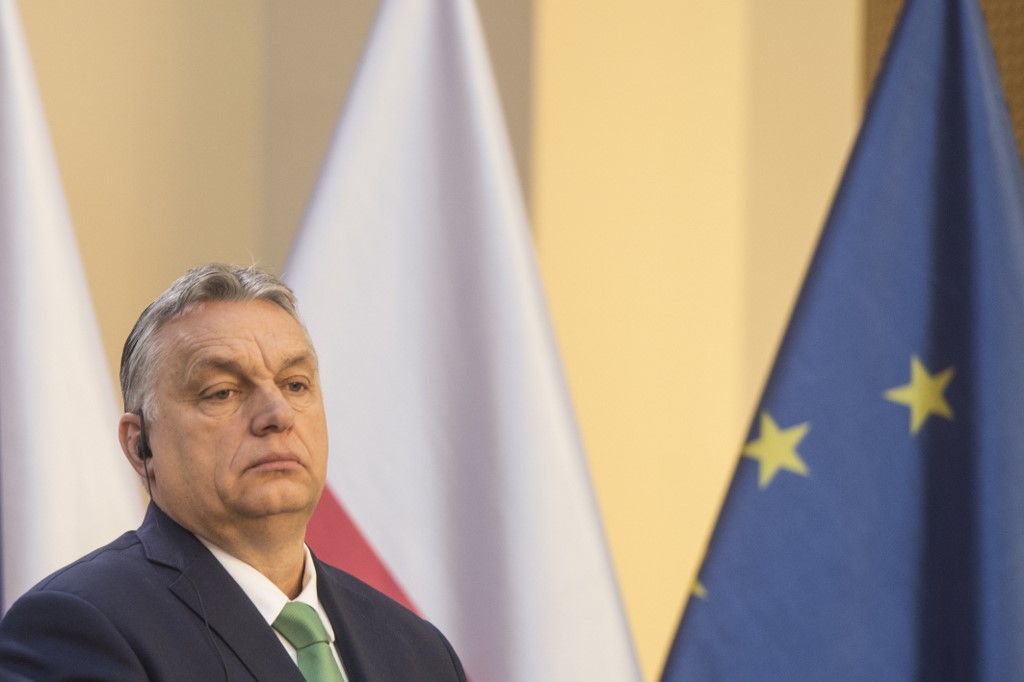 Critics at home and abroad have condemned the “anti-coronavirus defense law,” saying it gives Orban unnecessary and unlimited power in a ruse to cement his leadership rather than battle the virus.

After declaring a state of emergency on March 11, the new bill will give Orban the power to largely rule by decree indefinitely until the government decides the pandemic crisis is over.

The bill removes the current requirement for MPs to approve any extension to time limits on the decrees.

It also introduces jail terms of up to 5 years for anyone spreading “falsehoods” about the virus or the measures against it, stoking new worries for press freedom.

It was passed by 137 votes to 53 by parliament’s lower chamber, where Orban’s Fidesz party has a two-thirds majority.

Since taking power in 2010, the self-styled “illiberal” nationalist has transformed Hungary’s political, judicial and constitutional landscape.

Orban has given criticism of the coronavirus law short shrift, accusing critics of alarmism and appealing to “European nitpickers” to let Hungary defend itself against COVID-19.

“If they can’t help, then at least don’t stop the Hungarians from defending (against the virus),” he said Friday, March 27.

His justice minister, Judit Varga, told foreign reporters Friday that parliament could revoke the decrees at any time, and that the opposition were “fighting imaginary demons and not dealing with reality.”

She also said decrees could be sent to the constitutional court for review.

A government spokesperson Zoltan Kovacs insisted on Twitter Monday that the bill is time limited by the parliament’s powers of revoke, and by the pandemic itself which “hopefully ends one day.”

He added that “72% of Hungarians support this measure,” referring to a recent poll about the provision on spreading falsehoods.

Last week, opposition MPs said however they do not trust Orban not to abuse unlimited special powers and refused to back the bill in the absence of a time deadline on the decrees.

A government minister, Gergely Gulyas, said it would come into force Monday midnight if the house speaker and Hungarian president sign it immediately.

Akos Hadhazy, an independent MP, told Agence France-Presse that Orban did not need any “extraordinary empowerment” as his party already controls parliament and had instead set up a “trap for the opposition.” Pro-government media accuse the opposition of encouraging the virus by rejecting the bill.

Criticism of the bill has also come from abroad with the UN human rights office saying it was following the Hungarian developments “with concern.”

The Council of Europe also wrote a letter to Orban last week, warning that an “indefinite and uncontrolled state of emergency cannot guarantee that the basic principles of democracy will be observed.”

The fiercely anti-immigration Orban has blamed migration for bringing the virus to Hungary, saying “primarily foreigners brought in the disease.”

Hungary has since reported a total of 447 cases with 15 deaths. More than 13,300 tests have been carried out, the government said Monday.

Orban’s latest move will also strain already difficult relations between Fidesz and the European Parliament’s conservative EPP grouping which has dithered over expelling the party from their ranks. – Rappler.com