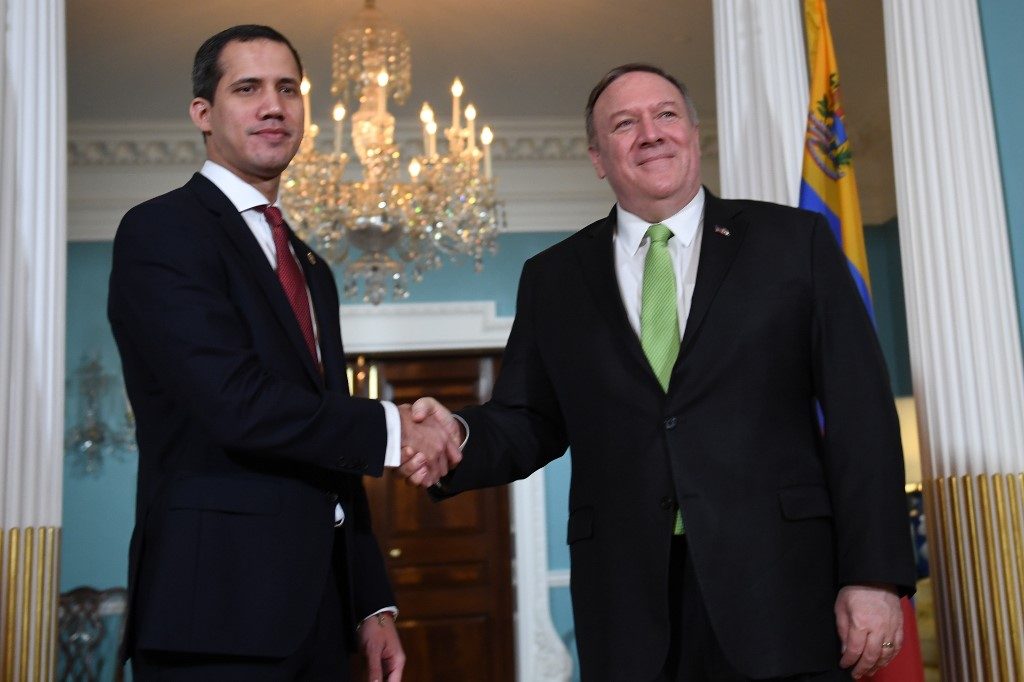 Facebook Twitter Copy URL
Copied
US Secretary of State Mike Pompeo says that Nicolas Maduro and Juan Guaido should set up a transitional government to arrange elections in 6 to 12 months.

WASHINGTON DC, USA – The United States on Tuesday, March 31, called on Venezuela’s Juan Guaido to renounce his claim to the presidency at least temporarily as it recalibrated its strategy to oust leader Nicolas Maduro.

In a shift after more than a year of US-led efforts to topple the leftist Maduro, Secretary of State Mike Pompeo said that Maduro and Guaido should set up a transitional government to arrange elections in 6 to 12 months.

But Pompeo signaled that US goals have not changed, saying that Guaido was welcome to run in future elections while Maduro must leave power.

“We’ve made clear all along that Nicolas Maduro will never again govern Venezuela,” Pompeo told reporters.

“I think he’s the most popular politician in Venezuela. I think if there were an election held today, he could do incredibly well,” Pompeo said.

“But more importantly we continue to support him. When we put together this pathway to democracy, we work closely with him.”

Elliott Abrams, the US pointman on Venezuela, said that the United States still recognized Guaido as interim president.

Some 60 nations share the US recognition of Guaido and support the removal of Maduro, who presides over a crumbling economy that has sent millions fleeing.

But Maduro remains in power with the support of the military as well as Russia and China. – Rappler.com