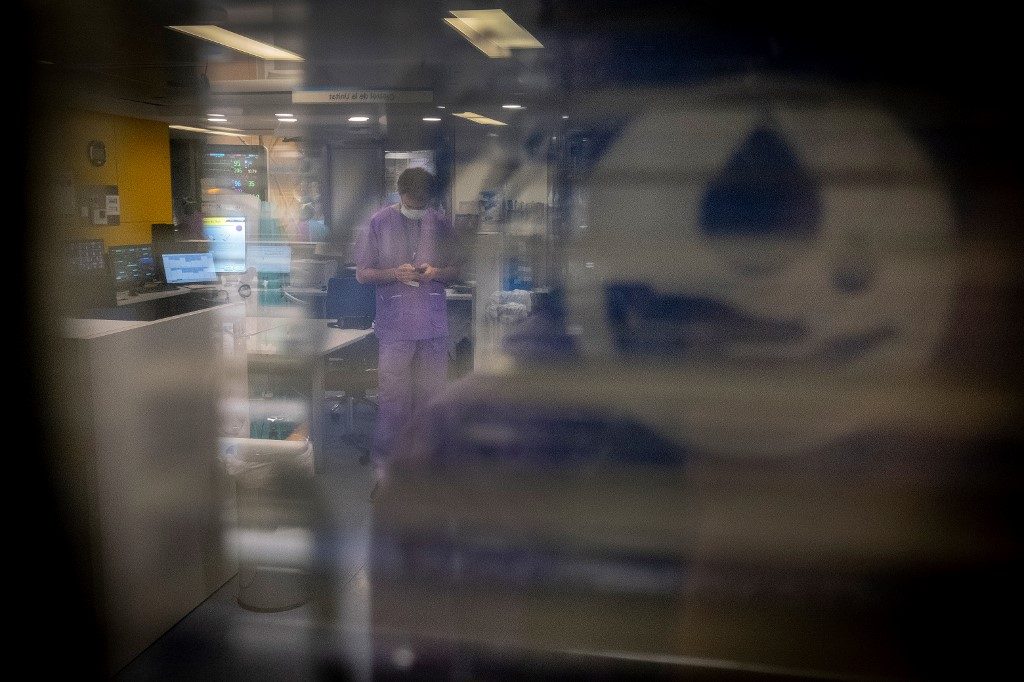 MADRID, Spain (UPDATED) – Confirmed coronavirus cases approached one million around the world on Thursday, April 2, as Europe reeled from the pandemic and the US prepared for what President Donald Trump warned would be “horrific” days ahead.

The virus claimed thousands more lives in its relentless march across the globe, including nearly 1,000 new deaths in Spain, despite more than half of the planet subjected to some form of lockdown.

And it continued to wreak havoc on the global economy, with Spain reporting its biggest monthly increase in jobless claims on record and the US expected to reveal more massive job losses.

Since emerging in China in December, COVID-19 has infected more than 940,000 people – including at least 500,000 in Europe – and claimed more than 47,000 lives, according to a tally by Agence France-Presse from official sources.

World Health Organization head Tedros Adhanom Ghebreyesus said there had been a “near exponential growth” in new cases over the past 5 weeks and a doubling of deaths in the past week alone.

“In the next few days we will reach one million confirmed cases and 50,000 deaths,” he told a virtual news conference on Wednesday, April 1, warning that Africa and Latin America needed to be prepared for a wider impact.

New figures on infection rates and virus-related deaths would show Thursday whether there were signs the epidemic could be peaking in Europe, where at least 34,000 have died.

Britain and France both reported their highest daily death tolls on Wednesday, but infection rates in Italy and Spain – the two countries hardest hit – were slowing.

Spain said on Thursday it had suffered a record 950 deaths in 24 hours, bringing the total number of fatalities to 10,003.

The number of confirmed cases passed the 110,000 mark, the government said, although the rates of both new infections and deaths continued a downward trend.

“The data show the curve has stabilized” and the epidemic has entered a “slowdown” phase, Health Minister Salvador Illa said.

The virus has chiefly affected the elderly and those with pre-existing medical conditions, but recent cases have highlighted that it can kill people from all walks of life.

The dead have included a 16-year-old in France, a 12-year-old in Belgium and Ismail Mohamed Abdullah, 13, in Britain, whose family said the “gentle and kind” boy had no underlying health issues.

British Prime Minister Boris Johnson, himself in isolation after testing positive, announced plans for a massive increase in virus testing after it emerged that just 2,000 of hundreds of thousands of staff in the state-run National Health Service (NHS) had been tested.

The United States, which now accounts for almost a quarter of reported global infections, saw its death toll pass 5,000 by the early hours of Thursday, according to a tally by Johns Hopkins University.

Among the latest known US fatalities was a six-week-old baby who was taken to a Connecticut hospital late last week.

“Testing confirmed last night that the newborn was COVID-19 positive,” the state’s Governor Ned Lamont tweeted. “This is absolutely heartbreaking.”

Trump, who was criticized for initially playing down the virus but has stepped up containment efforts in recent days, warned that the situation was going to get much worse.

“We’re going to have a couple of weeks, starting pretty much now, but especially a few days from now, that are going to be horrific,” he said.

“But even in the most challenging of times, Americans do not despair. We do not give in to fear.”

More than three-quarters of Americans are under lockdown, including tens of thousands of prisoners, who were told Wednesday they would be confined to their cells for two weeks.

Officials also shuttered the Grand Canyon to prevent tourists gathering there, and New York announced that outdoor basketball courts would be closed as the city grapples with sky-rocketing infections and a severely strained health system.

The US Labor Department was due on Thursday to provide weekly figures on first-time claims for unemployment benefits after last week’s report showed a record 3.3 million filed claims.

Economists are warning that US job losses could surge to the previously unimaginable range of 10 to 20 million in April.

The virus and the measures taken to contain it have raised fears of the worst global economic downturn since the Great Depression of the 1930s.

It has also claimed the lives of many high-profile figures, including on Wednesday jazz legend Ellis Marsalis, whose family said the “giant of a musician and teacher” died at the age of 85 after contracting the virus. – Rappler.com