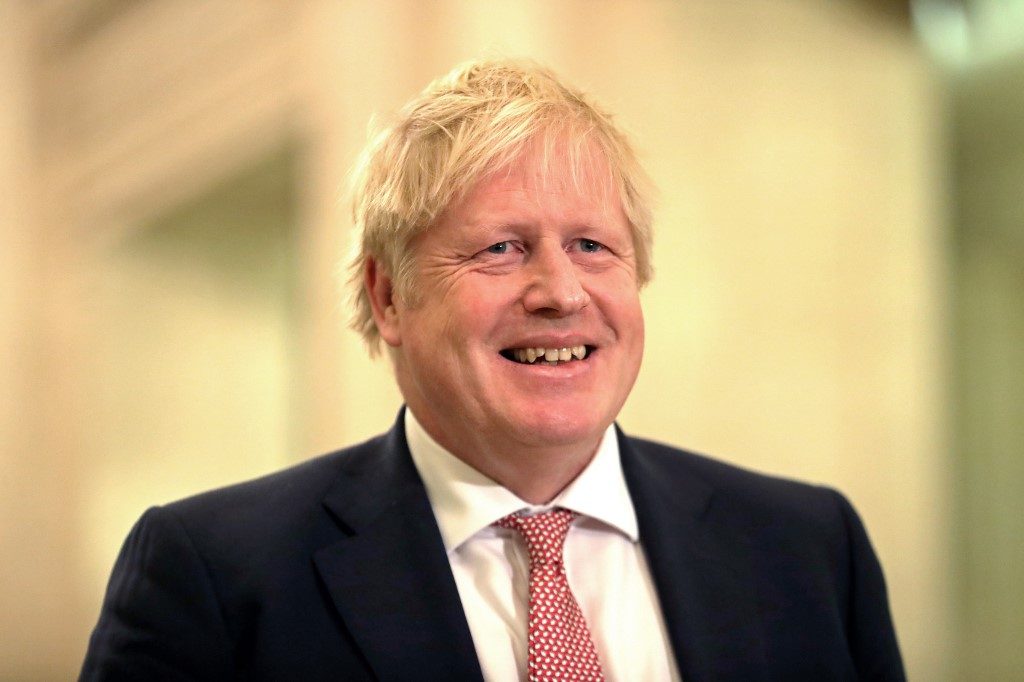 Facebook Twitter Copy URL
Copied
(UPDATED) While the curve is bending in Europe, there is little sign of let-up in the United States, where the death toll approaches 10,000 and authorities warn the worse is around the corner

The virus has infected virtually every corner of the planet, confining nearly half of humanity to their homes and turning life upside down for billions on a deadly march that has claimed nearly 70,000 victims.

Queen Elizabeth II delivered only her fourth emergency address in a 68-year reign to urge Britain and Commonwealth nations to “remain united and resolute.”

The rare speech came as the 55-year-old Johnson was admitted to hospital for tests as a “precautionary step” after 10 days of persistent symptoms.

But there was cause for cheer in some European hotspots, with Italy reporting its lowest death toll in two weeks, Spanish fatalities dropping for the third straight day, and France seeing its fewest dead in a week.

“The curve has started its descent and the number of deaths has started to drop,” said top Italian health official Silvio Brusaferro, adding the next phase could be a gradual easing of a strict month-long lockdown.

In Spain, nurse Empar Loren said: “The situation is more stable. The number of patients in intensive care is not growing much anymore, and we are starting to discharge quite a few.”

At a field hospital set up at a Madrid conference center, staff applauded whenever a patient was healthy enough to be sent home.

Builder Eduardo Lopez, 59, gave a “10/10” rating to the staff who cared for him “with tenderness and a great dose of humanity.”

But while the curve was bending in Europe, there was little sign of let-up in the United States, where the death toll approached 10,000 and authorities warned worse was around the corner. (READ: Glimmer of hope in virus-hit Europe as U.S. girds for ‘hardest’ week)

“This is going to be the hardest and the saddest week of most Americans’ lives, quite frankly,” US Surgeon General Jerome Adams told Fox News.

The death toll in hardest-hit New York state rose to 4,159, Governor Andrew Cuomo said, up from 3,565 a day earlier.

It was the first time the daily toll had dropped, but Cuomo said it was too early to tell whether that was a “blip.”

The city that never sleeps was quiet, the streets around Time Square deserted as neon lights continued to flicker, one reading: “2020. To those fighting for our lives. Thank you.”

President Donald Trump has warned of “horrific” death toll numbers and Johns Hopkins University said more than 1,200 people had died of coronavirus complications over the past day.

In an empty Saint Peter’s Square, Pope Francis, head of the world’s 1.2 billion Catholics, appealed for people to show courage in the face of the pandemic.

The elderly pontiff, who has twice been tested for the virus, celebrated his Palm Sunday mass by livestream.

Other religious leaders went to more extraordinary lengths to deliver the traditional Palm Sunday blessing, with Archbishop Jose Domingo Ulloa of Panama celebrating from a helicopter.

The effective mothballing of the global economy is beginning to hit hard with analysts warning poverty levels will spike with millions of jobs lost despite unprecedented stimulus programs.

Iran, whose economy has suffered the double blow of the virus and punishing US sanctions, said it would allow “low-risk” economic activity to resume as daily infection rates fell for a fifth straight day.

But some in poorer countries are already chafing against curfews destroying their livelihoods.

“How can anyone stay home without anything to eat?” asked Garcia Landu, a motorcycle taxi driver in Angola’s bustling capital, Luanda.

“Better to die of this disease or gunshot than to starve to death,” he said.

“For many women and girls, the threat looms largest where they should be safest. In their own homes,” he said.

Describing a rise in abuse as “horrifying,” he said authorities should “make the prevention and redress of violence against women a key part of their national response plans for COVID-19.”

In Asia, Japanese Prime Minister Shinzo Abe was expected to declare a state of emergency, although the decree doesn’t give him power to force people to stay inside.

Despite the gloom, heartwarming examples of humanity around the globe have lifted spirits, with ordinary people doing what they can to help those on the medical front line.

In a Barcelona restaurant, chefs flipped burgers to deliver to nurses and doctors. “When you deliver the food and you see they’re happy, that makes us happy and it makes us stronger,” said delivery man Daniel Valls.

And in the southern Italian city of Naples, a street artist lowered a “solidarity food basket” from his balcony, hollering: “If you can, put something in. If you can’t, take something out.”

“We started by putting a piece of bread, a bag of pasta, a box of peeled tomatoes,” said English-language tutor Teresa Cardo, who also lowered a basket.

“And two hours later, the basket was completely full.” – Rappler.com