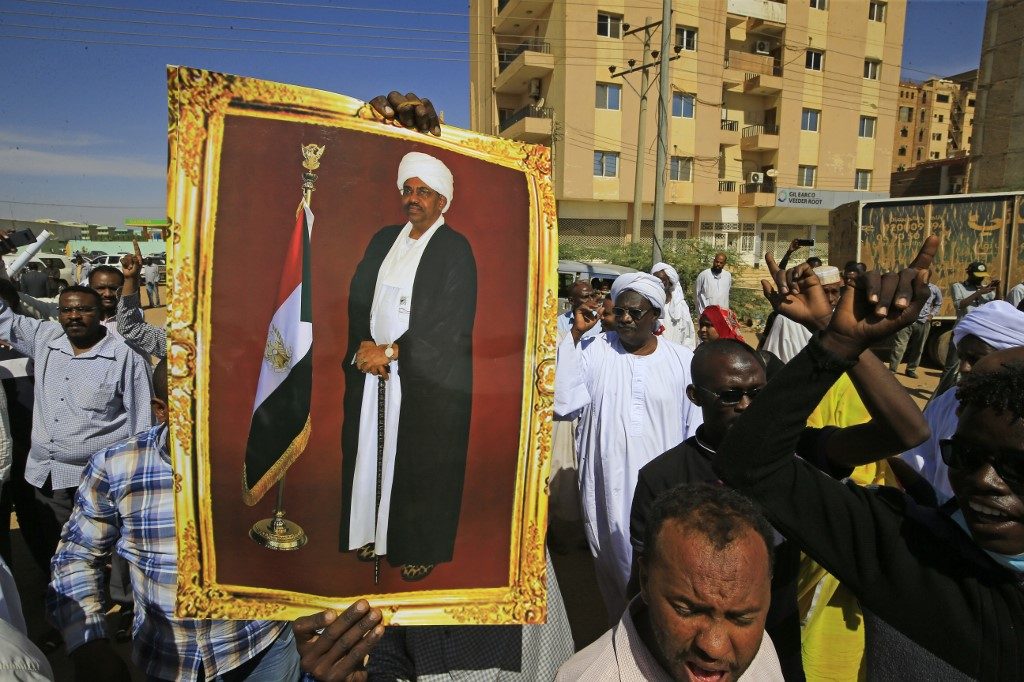 Facebook Twitter Copy URL
Copied
The trials in Sudan do not relate to charges Omar al-Bashir faces at the International Criminal Court for genocide, war crimes and crimes against humanity

KHARTOUM, Sudan – Sudan’s ousted president Omar al-Bashir on Wednesday, April 8, lost an appeal against a sentence of two years in detention for corruption, his lawyer said.

“The appeals court upheld the conviction but we will file an appeal in the supreme court because we’re fully convinced there is no case” against Bashir, Hashem al-Jaali told Agence France-Presse.

At the time of his conviction in December, it was ruled that Bashir, who is 76, would serve his time in a correctional center for the elderly as laid down by Sudanese law.

But pending rulings in other cases – the killings of demonstrators in protests that led to Bashir’s fall last April and the 1989 coup that brought him to power – he remains in Khartoum’s Kober prison.

Bashir was in December convicted of “corruption” and unlawful “possession of foreign currency”.

The judiciary ordered the confiscation of 6.9 million euros, $351,770 and 5.7 million Sudanese pounds found at Bashir’s home.

Bashir admitted to having received a total of $90 million from Saudi leaders and the trial centered on $25 million received from Saudi Arabia’s de facto ruler Crown Prince Mohammed bin Salman.

Bashir said the money seized from his home came out of the $25 million.

The funds, he said, formed part of Sudan’s strategic relations with Saudi Arabia and were “not used for private interests but as donations”.

The trials in Sudan do not relate to charges Bashir faces at the International Criminal Court (ICC) for genocide, war crimes and crimes against humanity.

Bashir has been wanted by the ICC for his role in the Darfur war that broke out in 2003, when ethnic minority rebels took up arms against his Arab-dominated government.

After 3 decades of Bashir’s rule, the Sudanese military reacted to mounting popular anger and ousted him after months of street demonstrations. – Rappler.com