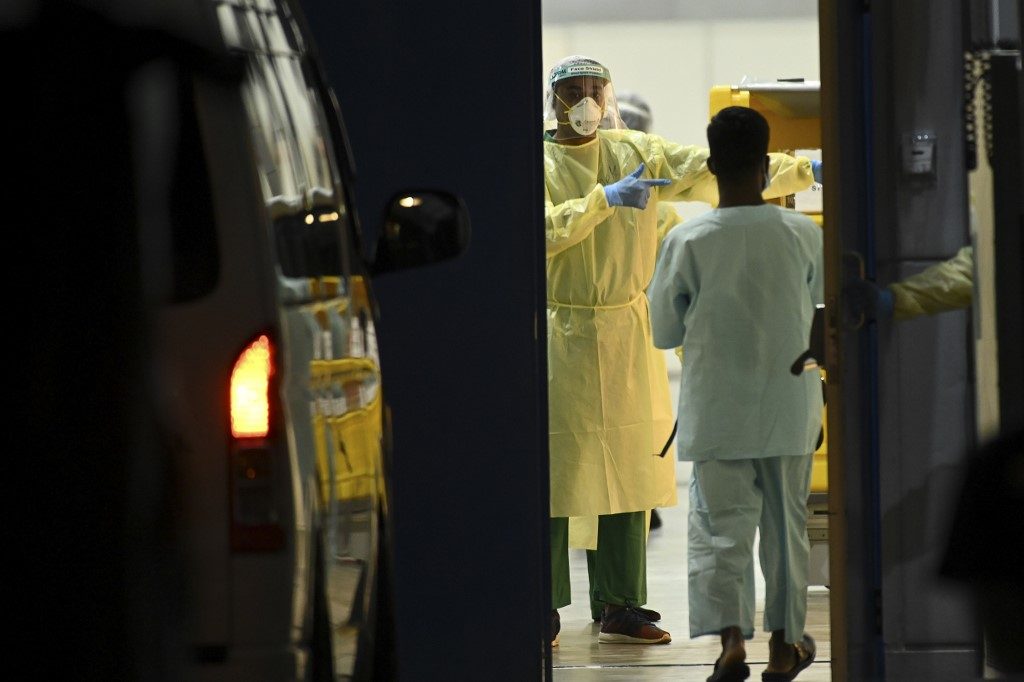 Facebook Twitter Copy URL
Copied
Singapore sees a sharp surge in locally transmitted cases this month, prompting the government to impose tough curbs it had previously resisted, including the closure of most workplaces

SINGAPORE – Singapore reported almost 200 new coronavirus cases and one death on Friday, April 10, as a country previously seen as a model for tackling the disease battles a fast-moving second wave of infections.

The city-state was among the first places to report COVID-19 cases after the virus emerged in China, but kept the outbreak under control with a strict regime of testing and contact-tracing.

It has however seen a sharp surge in locally transmitted cases this month, prompting the government to impose tough curbs it had previously resisted, including the closure of most workplaces.

On Friday health authorities reported 198 new cases and an additional death, taking the city-state’s total number of infections to 2,108 including 7 fatalities.

The figure is low by global standards – the worldwide death toll is approaching 100,000 – but observers say Singapore’s experience offers a warning to other countries to keep their guard up, even when it appears they have got on top of the crisis.

Several places in Asia which kept cases down in the early stages of the outbreak are now facing a second wave as infected citizens return from overseas and local transmissions increase.

Massive dormitory complexes housing mostly South Asian workers have emerged as infection hotspots in Singapore, with more than 500 cases so far reported at the sites.

Authorities have quarantined several dorms housing tens of thousands of workers, and are moving a large number to other living quarters in a bid to reduce the chances of infection.

Speaking Friday, Prime Minister Lee Hsien Loong said: “We are paying close attention to the welfare of the foreign workers.

“They came to Singapore to work hard for a living, and provide for their families back home.” – Rappler.com