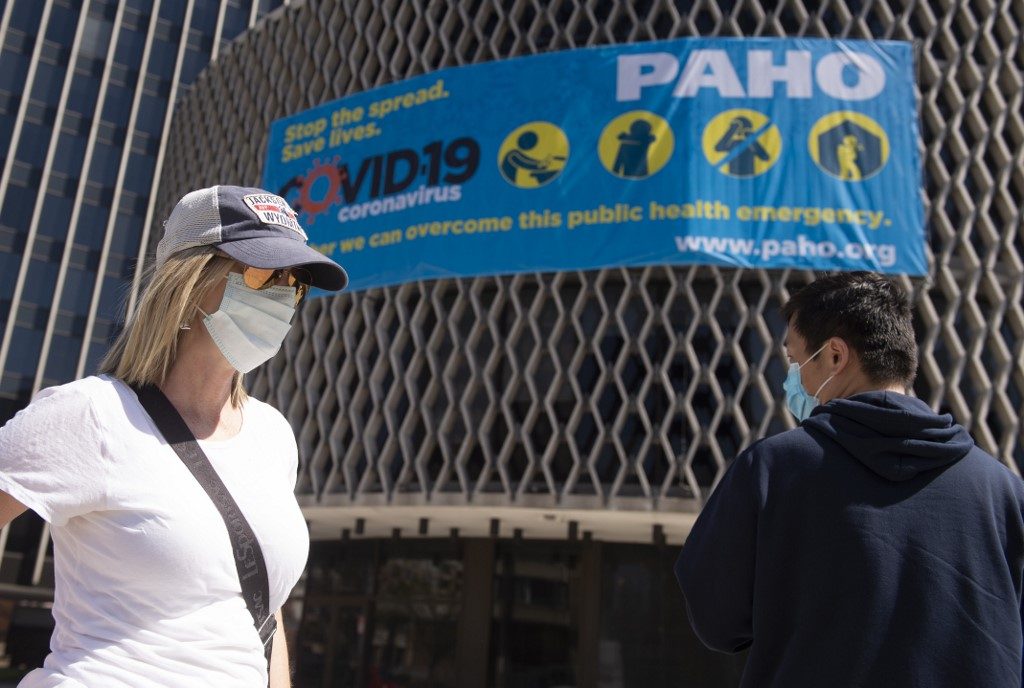 GENEVA, Switzerland – The World Health Organization (WHO) has come under attack from US President Donald Trump, who announced he was freezing US funding over its handling of the coronavirus outbreak.

Here are key points of the WHO’s timeline covering the first report of the coronavirus outbreak in China.

On December 31, 2019, China reported to the WHO a “cluster” of pneumonia cases “of unknown cause” in the city of Wuhan, in the province of Hubei.

Of a total of 44 cases, 11 patients were “severely ill,” the others stable.

On January 1, the WHO activated a crisis group, putting the body “on an emergency footing for dealing with the outbreak.”

On January 4, the WHO on social media reported a cluster of pneumonia cases “with no deaths,” in Wuhan. A day later, it published its first “Disease Outbreak News” destined for scientists and public health specialists on the new virus.

On January 10, the WHO sent “technical guidance” with advice to all countries on how to detect, test and manage potential cases. Evidence at the time suggested “no or limited human-to-human transmission,” the WHO said.

On January 11, China gave the WHO the genetic sequence of COVID-19.

On January 13, Thailand reported the first imported case on its territory.

On January 14, Maria von Kerkhove, COVID-19 technical lead at the WHO, told a press briefing that there “may have been limited human-to-human transmission,” based on 41 confirmed cases, and that there was the risk of a wider outbreak.

On January 20 and 21, WHO experts from China and the western Pacific region went on a brief field visit to Wuhan.

On January 22, the WHO mission to China said there was evidence of human-to-human transmission in Wuhan – among close contacts such as families or in health care settings – but that “more investigation is needed to understand the full extent of transmission.”

On January 22 and 23, WHO chief Tedros Adhanom Ghebreyesus convened an emergency committee to assess whether the outbreak constituted a “public health emergency of international concern.”

The committee, consisting of independent international experts, was unable to reach a consensus and asked to meet again 10 days later.

On January 28, a WHO delegation travelled to Beijing, led by Tedros, who agreed with the Chinese government that an international team of scientists would be dispatched to China.

The road to pandemic

On January 30, the WHO declared COVID-19 to be “a public health emergency of international concern.”

Between February 16 and 24, a scientific mission of experts from the US, China, Germany, Japan, South Korea, Nigeria, Russia, Singapore and Canada travelled to Wuhan.

On February 24, a team of experts from the WHO and the European Centre for Disease Prevention and Control travelled to Italy, which became the epicenter of the coronavirus outbreak after China.

On March 11, the WHO designated COVID-19 as a pandemic.

On April 14, Trump announced that the United States would halt payments to the WHO that amounted to $400 million last year, a moved that triggered widespread criticism.

He said it would be frozen pending a review into the WHO’s role in “severely mismanaging and covering up the spread of the coronavirus.”

He accused the Geneva-based body of being biased towards China, saying it was putting “political correctness above life-saving measures.” – Rappler.com