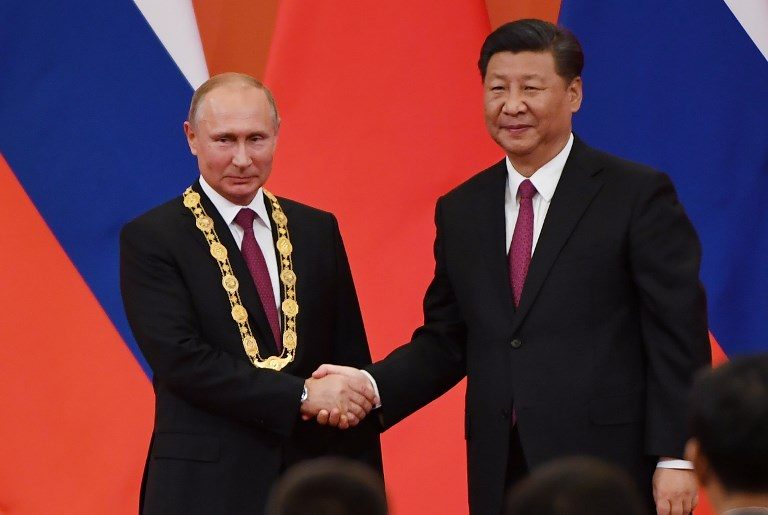 Washington is also investigating the origins of the coronavirus – which has killed more than 140,000 people worldwide – saying it doesn’t rule out that the disease came from a laboratory researching bats in Wuhan, China.

The Kremlin said that during phone calls with Xi on Thursday, Putin praised “consistent and effective actions” of the Chinese “which allowed the epidemiological situation in the country to stabilize.”

The leaders did not refer to the White House directly but stressed the “counterproductiveness” of attempts to blame China for not informing the world quickly enough about the appearance of a dangerous new infection. (READ: Fighting WHO, Trump hands China a PR opportunity)

Xi called attempts to politicize the pandemic “detrimental to international cooperation,” according to a Chinese readout of the call reported by state-run Xinhua.

Xinhua also reported that Putin had called “attempts by some people to smear China” over the virus “unacceptable.”

Since emerging in China at the end of last year, the pandemic has turned the world upside down, forcing half of humanity indoors and sending the global economy into freefall.

Putin and Xi also stressed the two countries’ “strategic partnership” and said Russia and China were ready to help each other during the pandemic by exchanging specialists and supplying medical equipment, protective gear, and medicines, the Kremlin said.

“The two leaders expressed confidence that our countries will be able to successfully overcome the pandemic-related challenges by continuing to closely cooperate,” Putin’s office said. – Rappler.com