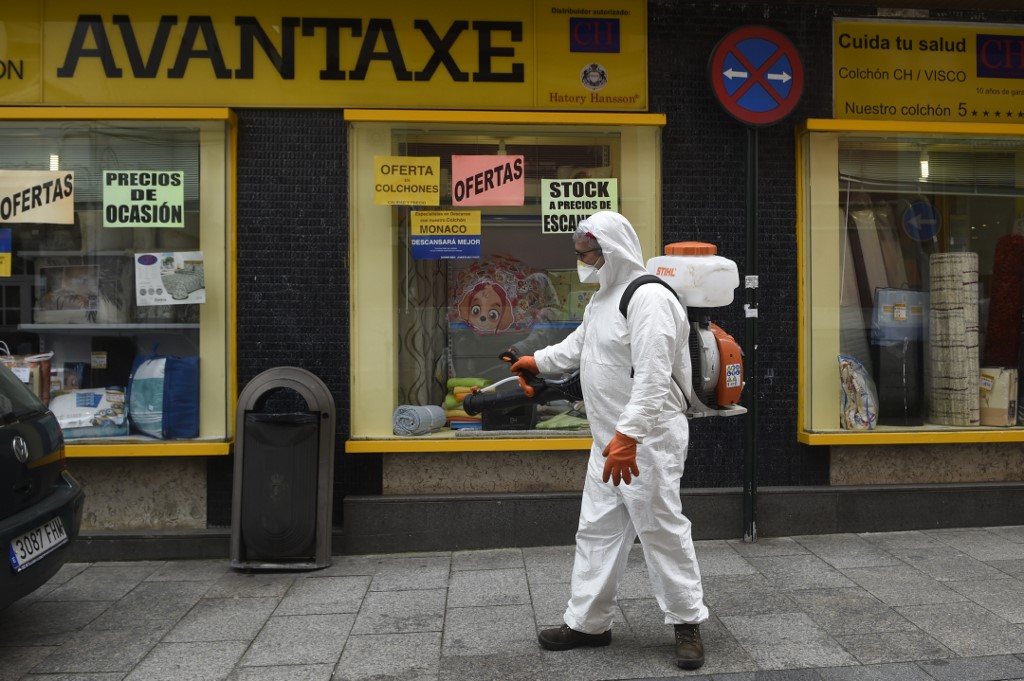 “We have done the hardest part through responsibility and social discipline… We are putting the most extreme moments behind us,” Sanchez said. But Spaniards must not jeopardize the fragile gains made so far with hasty decisions.

The restrictions currently in place would, however, be loosened slightly to allow children time outside from April 27, said Sanchez.

Until now, only adults have been able to leave the house for specific reasons: to go to work, to go shopping for food or medicine, for a medical appointment, or to walk the dog.

But there were growing calls to let children outside, as is permitted in most other countries observing a lockdown.

Spain, which has been under confinement since March 14, has recorded 20,043 deaths from the virus, the latest health ministry figures showed – the 3rd highest official toll after the United States and Italy.

Health officials nevertheless say Spain has passed the peak of the COVID-19 outbreak, which killed up to 950 people a day on April 2, and pressure is slowly easing on hospitals.

The increase in infections has slowed and the latest daily death toll was 565 people, down from the figure on Friday. The number of people registered as cured has risen to nearly 75,000.

But with almost 200,000 reported cases of the virus, Sanchez warned the country that an end to one of Europe’s toughest confinements would be “prudent and progressive.”

And he warned: “If necessary, we will reinforce protective measures again.”

But the official toll, which covers only people who tested positive for the virus in Spain, has been contested in some regions.

Officials say thousands more people have died after showing symptoms of the disease without actually being tested, because health services do not have enough of them.  (READ: Spain coronavirus death count ‘may be thousands short’)

Catalonia has reported that more than 7,800 people have died while the national toll for the region referred Saturday to more than 3,800.

Fernando Simon, the health ministry’s emergencies coordinator, noted during a daily press briefing Saturday that owing to the strict virus confinement measures, “the current level of transmission is much lower.”

The closely-followed rate now indicates that each person infected with COVID-19 in Spain is passing it on to fewer than one other person, which means the disease is no longer spreading.

It was as high as one to 3 when the Spanish lockdown began.

The government has nonetheless indicated that some economic sectors might not rebound before the end of the year, with tourism the main question mark at the moment.

Madrid Mayor Jose Luis Martinez-Almeida told radio Onda Cero Saturday that no “mass gatherings” such as concerts or sports events would be held in Spain this summer. – Rappler.com