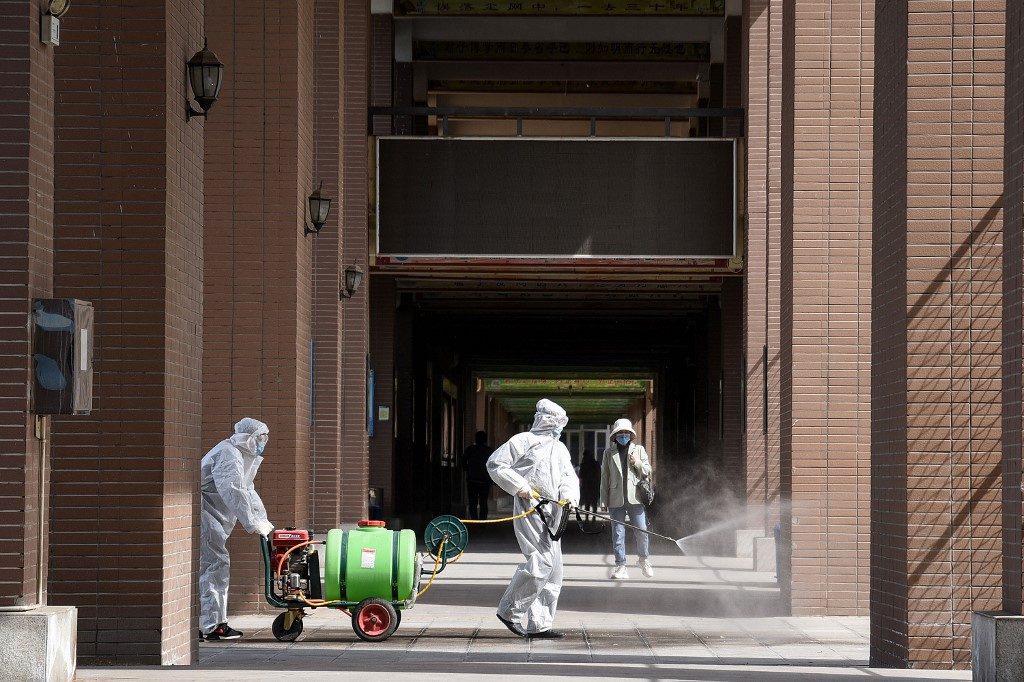 Facebook Twitter Copy URL
Copied
'Any question about China's transparency in the prevention and control of epidemic situation is not in line with facts,' Chinese foreign ministry spokesman Geng Shuang says

BEIJING, China – China on Monday, April 20, rejected Australia’s call for a probe examining the global response to the coronavirus pandemic – including Beijing’s early handling of the outbreak.

Washington and several allies have accused China of failing to adequately respond to the viral disease threat in the weeks after it was first detected in the central city of Wuhan late last year.

US President Donald Trump also cut funding to the World Health Organization after accusing it of mismanaging the crisis and covering up the seriousness of the initial outbreak before it spread around the world and killed more than 165,000 people.

“Any question about China’s transparency in the prevention and control of epidemic situation is not in line with facts,” Geng told a regular press briefing.

He was speaking in response to a question about Australian foreign minister Marise Payne, who a day earlier said her country would “insist” on the probe into the response by Beijing and the WHO.

Authorities in Wuhan initially tried to cover up the outbreak, punishing doctors who had raised the alarm online in December.

There were also questions about China’s recording of COVID-19 infections, as it repeatedly changed its counting criteria at the peak of the outbreak.

Chinese scientists have rejected conspiracy theories pushed by some in the US government claiming the virus could have originated at a maximum-security virology lab in Wuhan.

But Trump has suggested that China could have been “knowingly responsible” for spreading the infection and could face consequences as a result. – Rappler.com