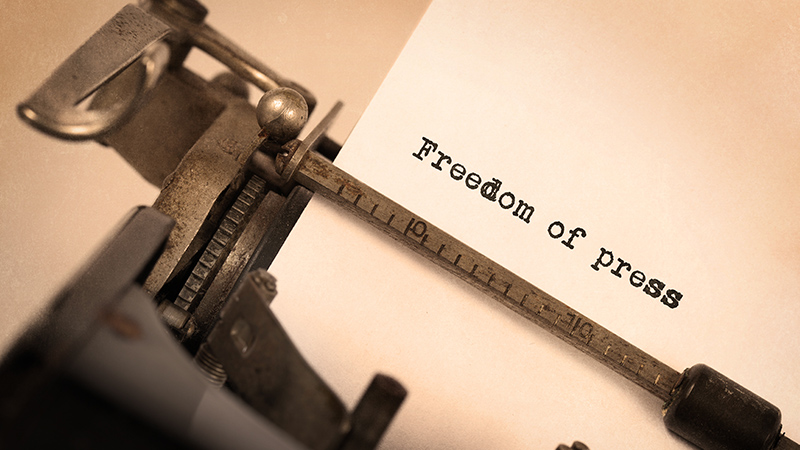 PARIS, France – The coronavirus pandemic is exacerbating threats to press freedom around the world, with authoritarian states including China and Iran suppressing details of the outbreak, activists said on Tuesday, April 21.

Paris-based Reporters Without Borders (RSF) said in its annual press freedom rankings the pandemic was “highlighting and amplifying the many crises” already casting a shadow on press freedom.

The outbreak had encouraged some regimes to “take advantage of the fact people are stunned and mobilization has weakened to impose measures that would be impossible to adopt in normal times”, RSF secretary general Christophe Deloire told AFP.

The rankings saw few major changes from last year, with Nordic countries regarded as the most free and isolated states Turkmenistan and North Korea footing the list of 180 countries.

Alluding to accusations that Beijing concealed the initial extent of the outbreak, it said China “maintains its system of information hyper-control, whose negative effects for the entire world have been seen during the coronavirus public health crisis”.

Europe has also not been immune – Hungary, under Prime Minister Viktor Orban, has passed a special law on false information which was a “completely disproportionate and coercive measure”.

RSF said there was a “clear correlation” between suppression of media freedom in response to the coronavirus pandemic and a country’s ranking in the index.

While Norway topped the index for the fourth year in a row, Finland was again the runner-up.

The third biggest leap was by Sudan, which rose 16 places to 159th after the removal of president Omar al-Bashir.

France lost two places to rank 32nd, with journalists in the country sometimes the victims of police violence at demonstrations, it said.

Published annually by RSF since 2002, the World Press Freedom Index assesses factors such as media independence, self-censorship, the legal framework and transparency based on a questionnaire filled out by experts.

Turkey, where President Recep Tayyip Erdogan has been repeatedly criticized for cracking down on press freedom, rose 3 places to 154th but RSF said this was because of “other countries falling” rather than positive change.

It said censorship of the media, especially online media, has been stepped up in Turkey and the country was “more authoritarian than ever.”

Russia, under President Vladimir Putin, in 149th place, is also persevering “efforts to control the Internet, using ever more elaborate methods”, it said, citing a law that would allow the country to disconnect the Russian internet from the rest of the world.

“The prospect of a Chinese-style scenario (in Russia) is alarming,” RSF said.

RSF said “the closure of the national internet” is already a reality in the isolated Central Asian state of Turkmenistan where the few internet users can access only a highly censored version of the Internet, often in cafes where they have to show ID before connecting.

“Almost everywhere in Eastern Europe and Central Asia, strongmen are consolidating their grip on news and information,” RSF said. – Rappler.com