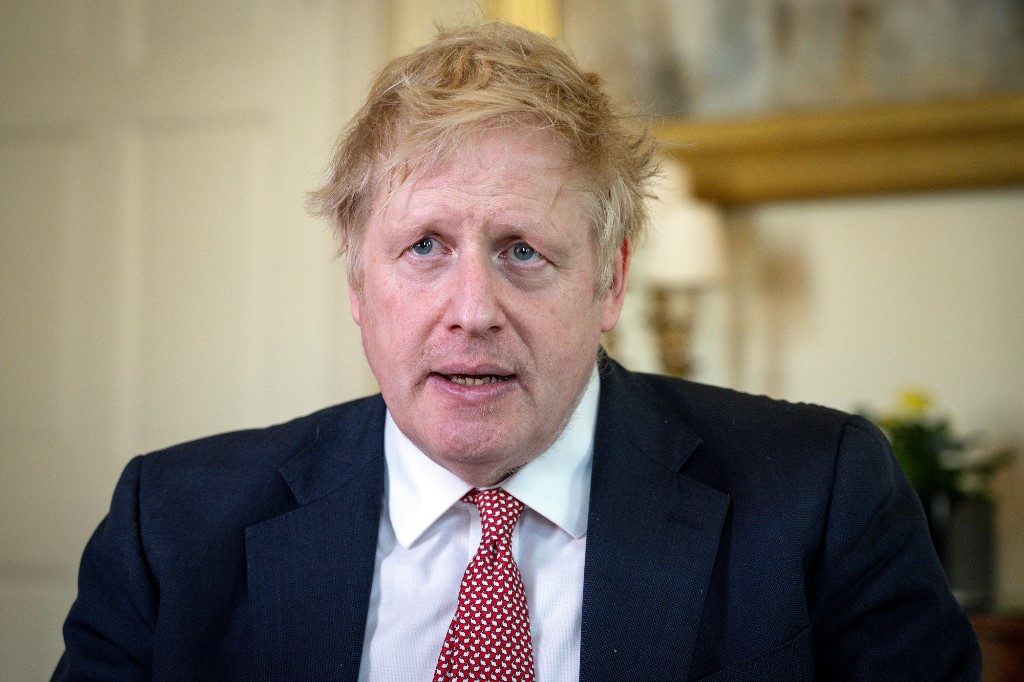 LONDON, United Kingdom – British Prime Minister Boris Johnson tentatively began his return to work on Tuesday, April 21, after being hospitalized for coronavirus, as parliament returned and criticism grew over the government’s response to the outbreak.

Johnson spoke on the phone to US President Donald Trump about the international response to COVID-19, and officials said he would speak to Queen Elizabeth II in the coming days for the first time in three weeks. (READ: UK’s Boris Johnson ‘on top of things’ but under fire over early virus response)

However, his spokesman said the 55-year-old, who spent several days in intensive care, was not yet “formally doing government work” as he recuperated at his official countryside retreat of Chequers.

Foreign Secretary Dominic Raab remains in temporary charge and will take prime minister’s questions on Wednesday during a semi-virtual session of the House of Commons.

MPs returned on Tuesday from their Easter break and immediately approved new measures to allow the vast majority of the 650-seat house to stay away.

Social distancing rules mean only 50 MPs can attend safely, and Commons Speaker Lindsay Hoyle has instead asked MPs to dial in via Zoom, an internet video conferencing service.

Hoyle said it was a “historic moment” for the 700-year-old parliament, adding: “In times of crisis, we must find new ways of working.”

Many MPs have been keen to get back to work amid growing questions and criticism about the government’s response to the coronavirus outbreak.

Britain is currently one of the worst-hit countries in the pandemic, with 17,337 deaths in hospital according to Tuesday figures – an increase of 828 on the previous day.

Raab last week announced that a nationwide lockdown requiring people to stay indoors would continue for another 3 weeks.

But debate is growing about how the measures might be eased, with questions about its economic impact.

Jonathan Van-Tam, England’s deputy chief medical officer, said on Tuesday the outbreak had peaked in London but the picture was far more mixed for the rest of the country.

“We remain in a situation of danger that we must take very seriously indeed,” he told the government’s daily media briefing.

Johnson’s Conservatives have been blamed for years of underfunding the state-run National Health Service.

Ministers are forced daily to explain a lack of personal protective equipment (PPE) for health care staff, while testing for the virus remains limited.

NHS Providers, which represents hospital bosses, said it was concerned about a potential lack of equipment for frontline medical staff if a government review led to advice for the public to wear face masks.

The concerns came as media reports suggested that British firms were exporting much-needed equipment to other European countries, despite shortages in the UK.

The health ministry currently only gives details for the deaths of people in hospital who have tested positive for the virus.

But there have been repeated concerns about underreporting as deaths outside hospital, particularly in care homes, have not been included.

In its weekly bulletin, the Office for National Statistics said 18,516 deaths were registered in the 7 days to April 10.

This is 7,996 more than the five-year average and the highest weekly total since the start of January 2000.

Martin Hibberd, professor of emerging infectious disease at the London School of Hygiene and Tropical Medicine, said without widespread testing, the increase in deaths may be directly linked to COVID-19.

“But it is also likely that at least some of these were indirectly involved, such as through inability to access typical medical care for other conditions because of COVID-19 activities,” he added. – Rappler.com