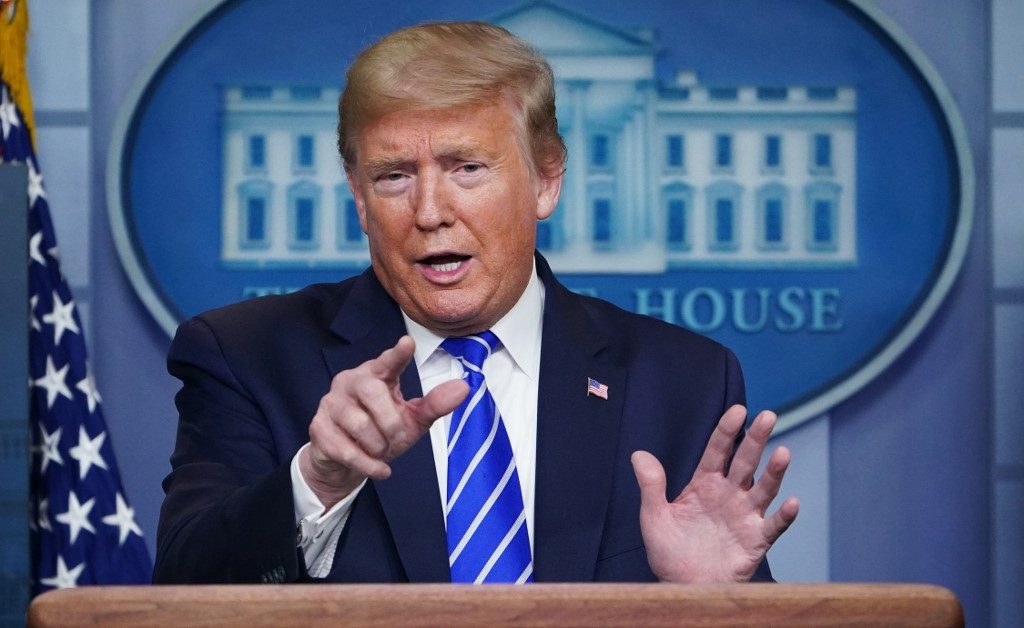 “I think the report was incorrect, let me just put it that way,” Trump told reporters. “I’m hearing they used old documents.”

Trump declined to say if he had direct knowledge from North Korea that Kim was fine.

He instead attacked cable news network CNN, with which the US leader has an acrimonious relationship.

“I think it was a fake report done by CNN,” Trump said at a daily briefing on the coronavirus pandemic, before refusing to take further questions from a journalist of the network.

CNN, quoting what it said was an anonymous US official, on Monday reported that Washington was “monitoring intelligence” that Kim was in “grave danger” after undergoing surgery.

Daily NK, an online media outlet run mostly by North Korean defectors, separately said that Kim underwent a cardiovascular procedure earlier this month and was recovering at a villa in North Pyongan province.

It said that Kim, who is in his mid-30s, had needed urgent treatment due to heavy smoking, obesity and fatigue. (READ: Seoul plays down report on North Korean leader’s health)

Trump’s denial of the report came two days after he declined to comment on the matter, saying only that he wished Kim well.

South Korea, which is still technically at war with the North, earlier said it had seen no unusual movements in its neighbor.

Trump has met Kim three times in historic summitry and has voiced admiration for him, although hopes have dimmed for reaching a comprehensive agreement.

“Remember you would have been in a war with North Korea if I didn’t get elected president.”

Trump declined to state when he was last in touch with Kim, saying: “We have a good relationship with North Korea, as good as you can have.”

Shortly before reports emerged on Kim’s health, Trump said he had received a “nice note” from the leader, but North Korea denied sending any message.

North Korea has fired off a series of rockets as it demands concessions from the Trump administration, which says that international sanctions should remain until the regime fully denuclearizes.

Kim was conspicuously absent on April 15 from celebrations for the birthday of his grandfather Kim Il Sung, the regime’s founder – the most important day on the North Korean political calendar.

The flamboyant basketball star Dennis Rodman – who until Pompeo and Trump had been the highest-profile American to meet the reclusive Kim – said that he was “praying for his speedy recovery.”