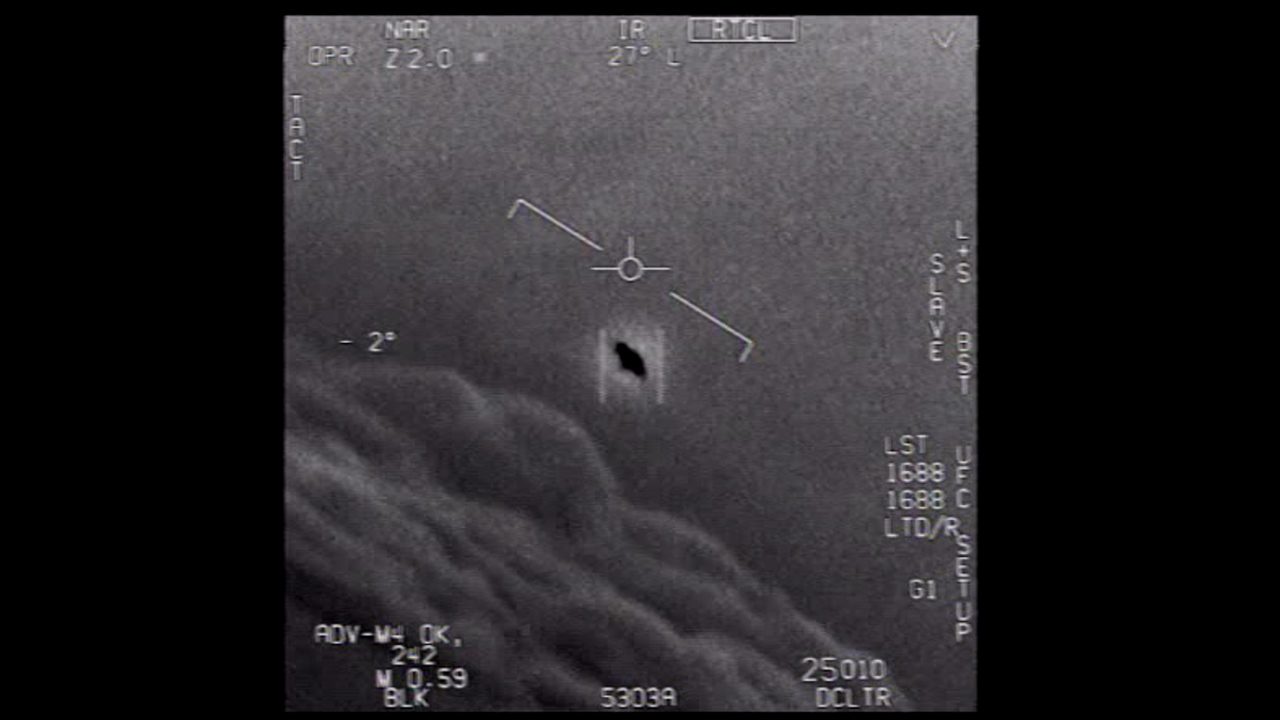 WASHINGTON DC, USA – The Pentagon has officially released 3 videos taken by US Navy pilots showing mid-air encounters with what appear to be UFOs.

The grainy black and white footage had previously been leaked and the Navy had acknowledged they were Navy videos.

“The aerial phenomena observed in the videos remain characterized as ‘unidentified,'” the Pentagon statement said.

In one, the weapons sensor operator appears to lose lock on a rapidly moving oblong object which seconds later suddenly accelerates away to the left and out of view.

In another video tracking an object above the clouds, one pilot wonders if it is a drone.

“There’s a whole fleet of them. Look on the ASA,” the other says.

“Look at that thing,” the first says as the object starts rotating.

The videos had previously been released by the New York Times and the To The Stars Academy of Arts and Science, a group co-founded by Blink-182 guitarist Tom DeLonge.

After a thorough review, the Pentagon said it determined that “the authorized release of these unclassified videos does not reveal any sensitive capabilities or systems, and does not impinge on any subsequent investigations of military air space incursions by unidentified aerial phenomena.”

Retired US Navy pilot David Fravor who saw one of the “UFOs” in 2004 told CNN the object moved erratically.

“As I got close to it…it rapidly accelerated to the south, and disappeared in less than two seconds,” Fravor told CNN in 2017.

“This was extremely abrupt, like a ping pong ball, bouncing off a wall. It would hit and go the other way.”

“I’m glad the Pentagon is finally releasing this footage, but it only scratches the surface of research and materials available,” he tweeted.

“The U.S. needs to take a serious, scientific look at this and any potential national security implications. The American people deserve to be informed.”

In December 2017, the Pentagon acknowledged funding a secret multi-million dollar program to investigate sightings of UFOs, although it said it had ended in 2012.

The 3 video clips – “FLIR,” “GOFAST” and “GIMBAL” are available to download on the Naval Air Systems Command website. – Rappler.com