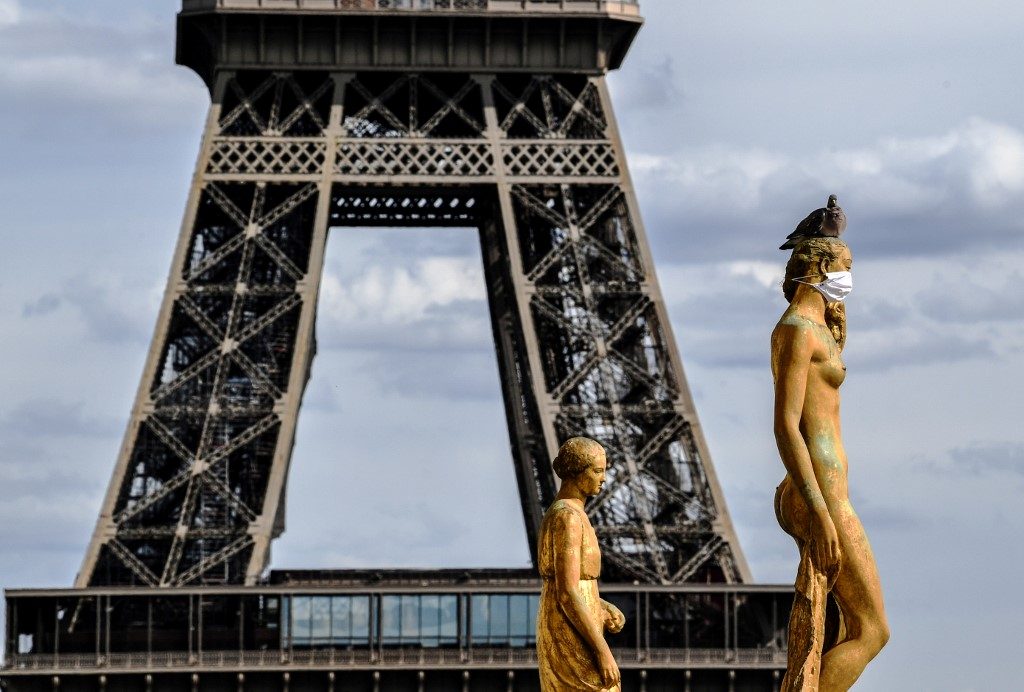 PARIS, France – The Eiffel Tower joined other global landmarks Saturday, May 2, in capping a sparkling tribute launched by the Empire State Building in New York to those battling the coronavirus.

At 8:00 pm, when people in France have been clapping daily from windows and balconies to thank healthcare workers, the Paris landmark lit up in “sparkling white” to hail “the unfailing courage of care workers confronting the coronavirus pandemic,” said SETE, the company that manages the Eiffel Tower.

A half hour later, the lights on the 20th century Montparnasse Tower, another tall landmark in the French capital, transitioned from white to red “to show its support even more intensively, like a beating heart,” the company added

Other landmarks that have supported the initiative are the Euromast in Rotterdam, 360 Chicago, the UAE’S Burj Khalifa, the world’s tallest structure, the CN Tower in Toronto, the Macao tower in China, the Busan Tower in South Korea, the Ostankino TV Tower in Russia, the Tallinn TV Tower in Estonia and the OVNI Tower in Slovakia. – Rappler.com