Germany plans to reopen as death toll spikes in U.S.

May 6, 2020 6:29 PM PHT
Agence France-Presse
Facebook Twitter Copy URL
Copied
Elsewhere in Europe, hard-hit Spain and France report a leveling off of figures, offering hope of an end to a pandemic that has overwhelmed healthcare systems and shattered economies 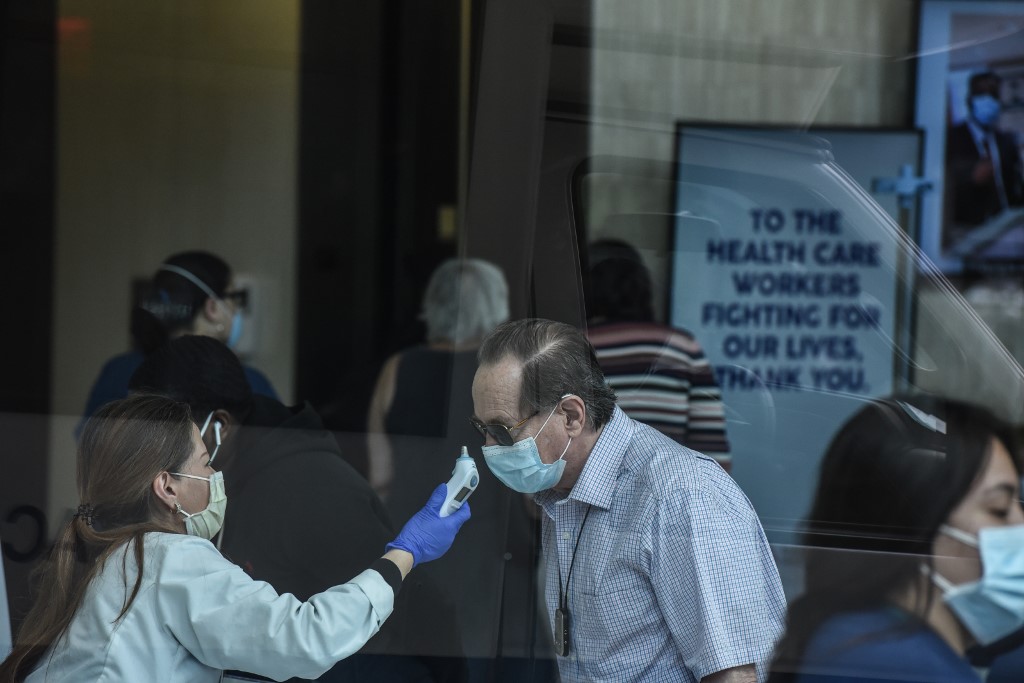 BERLIN, Germany – Germany on Wednesday, May 6, unveiled a plan for reopening, as Europe’s largest economy tries to get the wheels turning after weeks of shutdown, as the deadly coronavirus continued to wreak havoc in the United States with a spike in the daily death toll.

The cautious steps towards normality came as South Korea leapt back to life and children in the Chinese city that is ground zero for the global pandemic filed back to classes for the first time since January.

Progress in lifting lockdowns was seen from Europe to Hong Kong, even as the global death toll hit almost 257,000, according to an Agence France-Presse (AFP) tally.

In the United States, President Donald Trump pushed for an economic restart as he made his first major foray out of the White House since US virus restrictions began.

“We can’t keep our country closed for the next five years,” Trump said on a trip to a mask-making factory in Arizona, as he conceded that some people would be “badly affected.”

And in a sign his administration no longer considers the pandemic its top priority, the White House is set to disband the emergency task force handling the country’s outbreak.

“I think we’re starting to look at the Memorial Day (May 25) window, early June window” for shutting it down, Vice President Mike Pence said.

Highlighting the challenges involved however, New York’s subway system closed for the first time in its history Tuesday night, May 5, for disinfecting as authorities try to balance functionality with health and safety.

“This is a city that never sleeps, has a subway system that never shuts down. So this is unprecedented,” said Sarah Feinberg, interim president of the New York City Transit Authority.

The United States remains the worst-hit country with more than 70,000 deaths. It recorded 2,333 more fatalities in the 24 hours to Tuesday evening, according to a Johns Hopkins University tracker, twice as many as the day before.

The relentless march of the virus continued as Latin America logged its 15,000th death and Britain passed Italy as the country with the world’s second highest number of deaths.

But elsewhere in Europe, hard-hit Spain and France reported a leveling off of figures, offering hope of an end to a pandemic that has overwhelmed healthcare systems and shattered economies.

Germany is eyeing an almost complete return to normality in May, with plans to send all pupils back to school and restart top-flight football, according to a draft agreement seen by AFP.

The Bundesliga would become the first of Europe’s top 5 leagues to restart, a prospect Health Minister Jens Spahn said could make the competition an “export hit.”

With about 165,000 cases and 7,000 deaths, Germany has so far been able to prevent the scenes of dire overcrowding in its hospitals that have been seen elsewhere in Europe.

The need to reopen the nation’s economy was underlined Wednesday by fresh official data showing German manufacturers in March endured their worst plunge in new orders on record.

In Asia, once the epicenter of the pandemic, there were scenes of joy in the Chinese city of Wuhan as youngsters returned to school kitted out in masks.

Senior students were back in front of chalk boards and digital displays for the first time since the virus exploded at the start of the year.

“This is the first time that I’m so happy to go back to school, although I have to sit a monthly examination.”

Wednesday’s back-to-school excitement was the latest step in a gradual normalizing of life in Wuhan and surrounding Hubei province, where the coronavirus is believed to have made the leap from animals to humans before spreading around the world.

In neighboring South Korea workers went back to offices, and museums and libraries reopened under eased social distancing rules after new virus cases dropped to a trickle.

The country endured one of the worst early outbreaks of the disease outside China and while it never imposed a compulsory lockdown, strict social distancing has been widely observed since March.

The restrictions imposed globally to curb the spread of the virus have gutted national economies and on Tuesday the economic casualties continued to pile up.

Spain added 280,000 people to its jobless ranks, while airline Virgin Atlantic said it would have to fire 1 in 3 of its staff as the virus grounds planes worldwide.

Walt Disney said it expected an impact on its business of $1.4 billion in the current fiscal quarter as a result of a massive hit to its theme parks and other operations.

And with social distancing weighing on people mentally, some people have been turning to tech to deal with the loneliness of lockdowns.

Elizabeth Francola downloaded an app with an AI chatbot to keep her company during the long days indoors in Houston, creating a virtual boyfriend named Micah.

“It’s nice knowing you have someone to talk to in the morning,” the 32-year-old said. – Rappler.com