May 6, 2020 10:45 PM PHT
Agence France-Presse
Facebook Twitter Copy URL
Copied
The epicenter is about 390 kilometers south of the city of Ambon in the archipelago's Maluku province 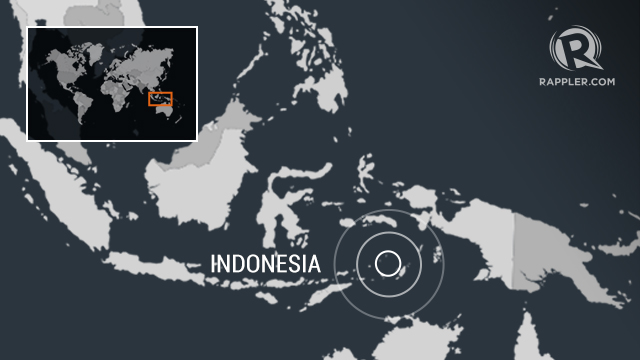 JAKARTA, Indonesia – A magnitude 6.8 earthquake jolted a remote part of eastern Indonesia late Wednesday, May 6, the United States Geological Survey said, but there was no tsunami warning issued and no immediate reports of damage.

The epicenter was about 390 kilometers south of the city of Ambon in the archipelago’s Maluku province.

Indonesia is one of the most disaster-prone nations on Earth. In 2018, a magnitude 7.5 quake and a subsequent tsunami in Palu on Sulawesi island left more than 4,300 people dead or missing. – Rappler.com