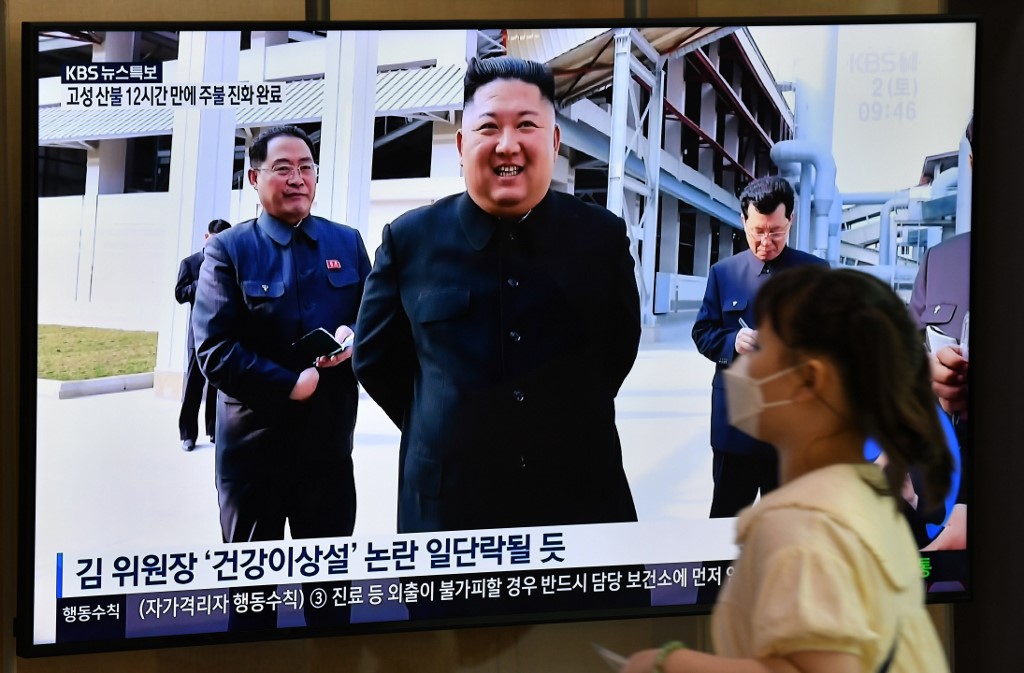 SEOUL, South Korea – North Korea condemned the South on Friday, May 8, for holding military drills, saying the situation was returning to before the diplomatic rapprochement of 2018, as leader Kim Jong Un – whose health was the subject of intense speculation in recent weeks – reached out to traditional ally Beijing.

The nuclear-armed North has closed its borders to try to protect itself from the disease that first emerged in its giant neighbour, and insists it has not had any cases even as the virus has swept across the world.

Kim told Xi he was as pleased with China’s successes as his own, KCNA reported, adding he “sent militant greetings to every member of the Communist Party of China”.

Rumors swirled for weeks about Kim’s health after he failed to appear at the April 15 celebrations for the birthday of his grandfather, the North’s founder – the most important day in the country’s political calendar, until he reappeared at the weekend at a factory opening.

Kim’s temporary disappearance triggered a series of unconfirmed reports and fevered speculation over his condition, while the United States and South Korea insisted they had no information to believe the conjectures were true.

China is the North’s key diplomatic backer and main provider of trade and aid.

Pyongyang’s nuclear talks with Washington have been largely at a standstill since Kim’s summit with US President Donald Trump in Hanoi broke up without a deal more than a year ago.

The North’s relations with Seoul have since entered a deep freeze, despite Kim holding three summits with the South’s President Moon Jae-in in 2018.

Pyongyang lashed out at Seoul on Friday for holding air-sea military drills in the Yellow Sea this week.

“Everything is now going back to the starting point before the north-south summit meeting in 2018,” a defence ministry spokesman said in a statement carried by KCNA.

The exercise “awakened us once again to the obvious fact that the enemies remain enemies all the time”, he said, adding the situation “demands a necessary reaction from us.” – Rappler.com