May 8, 2020 6:15 PM PHT
Agence France-Presse
Facebook Twitter Copy URL
Copied
In Hong Kong, health officials have made impressive headway against COVID-19 thanks to efficient testing, tracing, and treatment programs with just over 1,000 infections and 4 deaths 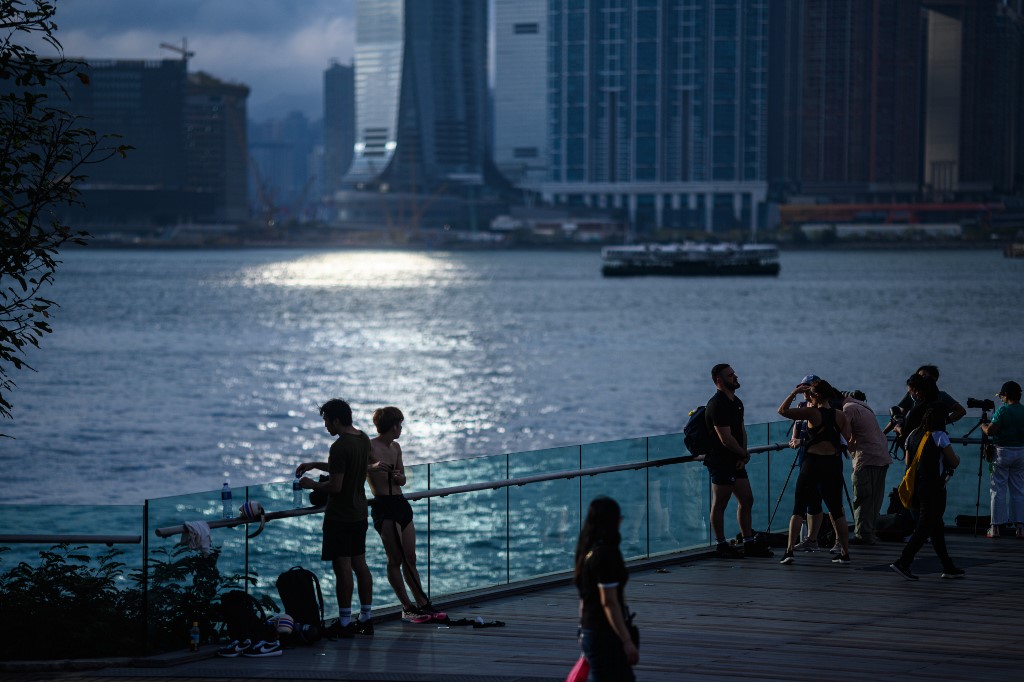 Queues formed outside gyms in the semi-autonomous Chinese city on Friday morning for employees to check temperatures as people celebrated the return of some normalcy to the city.

“I’m excited to share again… and see my students,” she told Agence France-Presse.

“I was quite impatient to get back to the gym,” added Alexandre, a 26-year-old finance worker after completing a workout in the city’s commercial district.

“It shows that life is starting to get back to normal even though we haven’t been locked up like in Europe,” he added.

Will Sutton, an American resident, tweeted pictures of his local gym with partitions placed between running machines.

“After 3 weeks without a workout, whatever…let’s just get back to sweating!” he wrote.

The less health-conscious flocked to watering holes, some of which opened their doors as soon as the clock struck midnight.

“I’m so happy,” one punter surnamed Chow told Apple Daily outside a newly reopened bar in Kowloon district in the early hours of Friday morning. “I’ve not been here for a long time.”

Most of Hong Kong’s entertainment venues were shuttered in early April when the city suffered a second wave of infections – primarily residents returning from Europe and North America as the pandemic spread rapidly there.

But health officials have made impressive headway against the disease thanks to efficient testing, tracing and treatment programs with just over 1,000 infections and 4 deaths.

New COVID-19 cases have been in the single digits for the last 18 days – with 11 days showing a zero tally. All new infections are residents returning from overseas who are quickly quarantined.

No dancing, no live music

In a city mired in recession the reopening of many businesses will be welcome. But the threat of the virus means certain restrictions remain in place.

Bars are permitted to operate at half-capacity and must ensure a distance of 1.5 meters between tables, while live music performances and dancing remain banned.

Gyms, cinemas and beauty parlors must also ensure social distancing – such as adequate space between yoga mats – as well as temperature checks and hand sanitizer.

Pure, one of the biggest yoga chains, said it would limit classes to a maximum of 8 people while bowling alleys are only opening every other lane.

Authorities have also lifted the limit on how many people can gather in public from 4 to 8.

Restaurants will also now be allowed to take bookings from groups of up to 8 people.

Nightclubs and karaoke businesses will remain closed for now because health officials regard them as “high risk.” – Rappler.com