May 8, 2020 10:16 PM PHT
Agence France-Presse
Facebook Twitter Copy URL
Copied
In order to contain the spread of the disease, Iran has taken various restrictive measures, without ever imposing a lockdown or quarantine 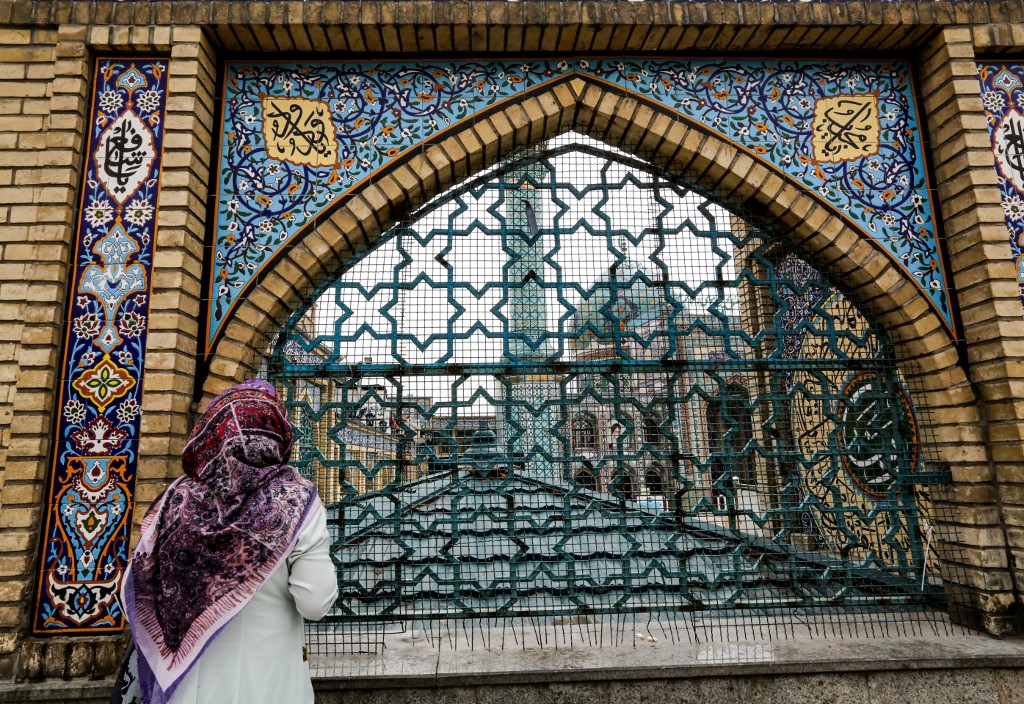 TEHRAN, Iran – Virus-hit Iran allowed worshippers to attend Friday prayers for the first time in more than two months, but the capital remains under restrictions amid the Middle East’s deadliest coronavirus outbreak.

Since reporting its first cases in mid-February, the Islamic republic has struggled to contain the spread of the virus that causes the COVID-19 disease.

The government on Friday, May 8, urged Iranians to take social distancing “more seriously” as it announced more than 1,500 new cases of coronavirus infection in the Middle East’s hardest-hit country.

In order to contain the spread of the disease, Iran has taken various restrictive measures, without ever imposing a lockdown or quarantine.

Schools have been shut, major events postponed and inter-city travel banned since mid-March as part of those efforts.

But cash-strapped Iran has allowed a gradual reopening of shops since April 11.

It gave the green light for the reopening of mosques on Monday, May 4, in about 30% of the counties where the risk of renewed outbreaks is considered low.

But mosques remain shuttered in the capital.

They were seen wearing masks and sitting farther apart than usual in accordance with social distancing guidelines.

The authority in charge of organizing Friday prayers said they would be held in 180 locations, describing it as a “great honor.”

Mohsen Alviri, an academic and theologian from Qom, the Shiite holy city that was the epicenter of Iran’s coronavirus outbreak, stressed the importance of Friday prayers in the country.

“Friday prayers are an opportunity to create interaction between the government and the masses,” he said.

“In addition to the religious aspect of Friday prayers, the public is informed about the affairs of the country,” he told Agence France-Presse.

“Therefore, it is one of the most important symbols of public participation in the political arena of Iran.”

Health ministry spokesman Kianoush Jahanpour said 55 new virus fatalities in the past 24 hours took the overall death toll in the health crisis to 6,541.

He said another 1,556 people tested positive for the novel coronavirus over the same period of time, taking the country’s caseload to 104,691.

“We (Iranians) are urged to continue to follow health advice, especially social distancing, more seriously than on previous days and weeks,” Jahanpour said in televised remarks.

Experts and officials both in Iran and abroad have cast doubts over the country’s COVID-19 figures, saying the real number of cases could be much higher than reported.

On Saturday, May 2, the government’s official tally of daily infections hit 802 – its lowest level since the start of March.

Iran’s count stayed below 1,000 for a second day, however its caseload rebounded on Monday and has stayed above that mark on each day since then.

Mosques were Monday allowed to reopen to worshippers in 132, or around a third, of Iran’s administrative divisions which are considered low-risk.

The country has started using a color-coded system for different areas to classify the virus risk.

Worshippers have been obliged to enter mosques with masks and gloves and told they can only stay for half an hour during prayer times and must use their personal items.

Mosques were told to refrain from offering them food and drinks, provide hand sanitizers and disinfect all surfaces.

Iran requested a $5 billion emergency loan from the International Monetary Fund to battle the coronavirus outbreak.

But its arch enemy the United States, which effectively holds a veto at the IMF, signaled it has no intention of agreeing to give Iran such a credit line. – Rappler.com