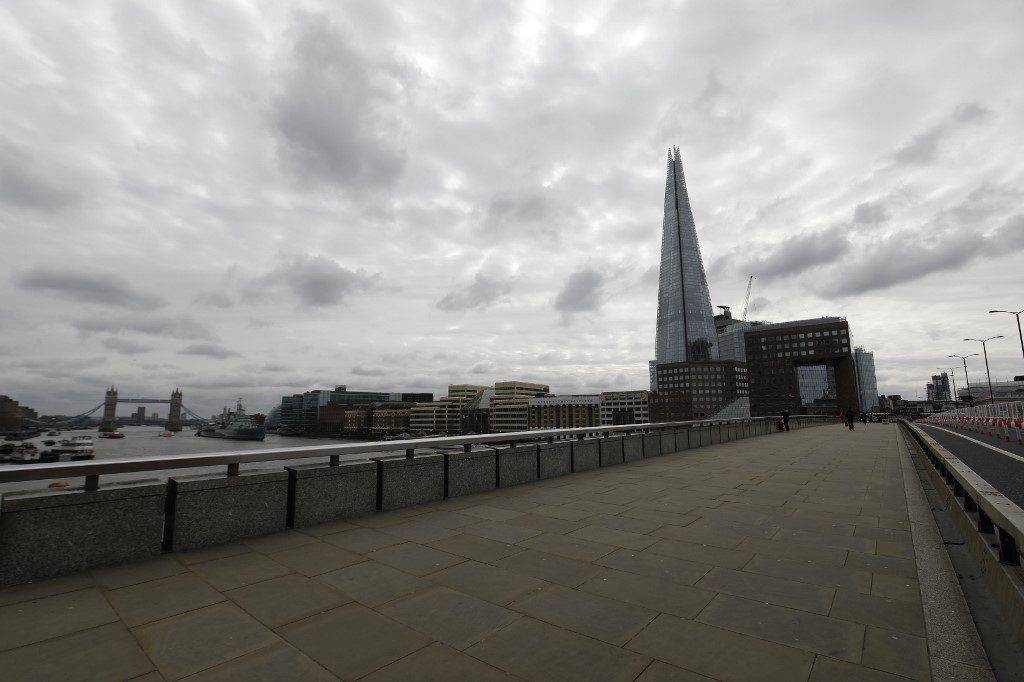 Prime Minister Boris Johnson is expected to unveil the measure on Sunday evening, May 10, when he sets out his plans to gradually ease a nationwide stay-at-home order imposed in late March. (READ: UK economy to plunge 14% in 2020 on virus, warns Bank of England)

He has already signalled he will proceed with “maximum caution” as the death rate falls only slowly in Britain, the worst hit country in Europe with more than 31,000 confirmed coronavirus deaths.

The Times newspaper reported that anyone coming into Britain by plane, train or boat will be required to self-isolate for a fortnight.

Visitors from neighboring Ireland would be exempt, as would truck drivers bringing in crucial supplies.

It said the rule would be enforced through spot-checks on the address given by travellers, with possible penalties including fines of up to £1,000 ($1,200, 1,100 euros) or deportation.

The BBC reported that the measure would be introduced from the end of May.

The aviation industry, which is already teetering on the brink after planes were grounded across the globe at the start of the virus outbreak, called for urgent clarity on the plans.

“This measure will have a devastating effect on aviation, tourism and hospitality as inbound visitors will not come to the UK whilst this is in place,” he said.

Airlines UK, the industry association representing UK-registered carriers, had previously warned a quarantine would “effectively kill international travel to and from the UK”.

“It will make it all but impossible for aviation to resume any time soon, thereby setting back the UK’s economic recovery still further,” it said.

Johnson’s office declined to comment on the plans, but his spokesman on Friday had confirmed the idea was under “active” consideration.

Britain refused to follow other countries in shutting its borders at the start of the pandemic, saying it would have little effect as coronavirus was already in the country.

But if infection rates fall enough to start lifting the lockdown, officials say that putting foreign visitors into quarantine might help stop a new surge.

Johnson’s government has already warned the public not to expect any big overnight changes to the lockdown this week, although garden centres are expected to be re-opened on Wednesday. – Rappler.com