May 11, 2020 10:47 AM PHT
Agence France-Presse
Facebook Twitter Copy URL
Copied
PM Johnson says the lockdown had come 'at a colossal cost to our way of life' but said it would be 'madness' to squander the progress by moving too soon 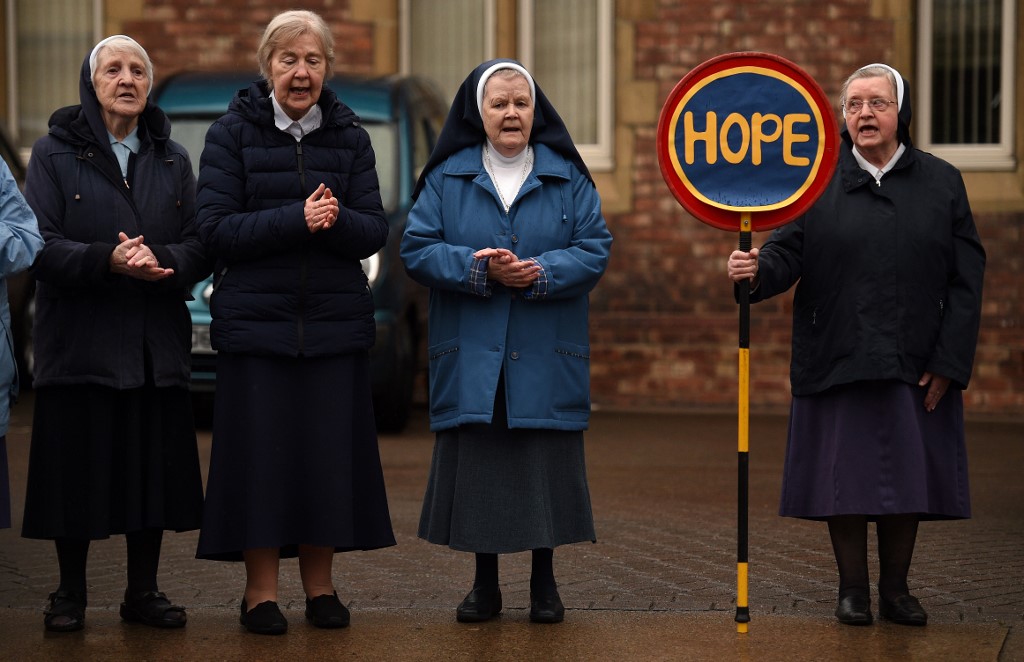 In a televised address, Johnson also announced plans to introduce quarantine for people arriving in Britain by air to prevent new infections from abroad. (READ: UK to set up coronavirus alert system)

Almost 7 weeks after a nationwide stay-at-home order was put in place, more than 31,800 have died during the outbreak in Britain – the worst toll in Europe and second only to the United States.

Johnson, who himself spent a week in hospital with COVID-19, said the measures had come “at a colossal cost to our way of life” but said it would be “madness” to squander the progress by moving too soon.

“This is not the time simply to end the lockdown this week,” the 55-year-old said, but unveiled a “conditional plan” to ease the measures in England in the months ahead.

Starting this week, he said the government would be “actively encouraging” people to return to work where they could not do so from home, for example in manufacturing or construction.

Unlimited outdoor exercise would be allowed from Wednesday, with sports such as golf, tennis, and fishing permitted as long as they only involved members of the same household.

In the second phase, Johnson said nurseries and children up to the age of 11 could start to return to school from June 1 at the earliest, and some non-essential shops could reopen.

By July, “we will hope to re-open at least some of the hospitality industry and other public places” that could enforce social distancing, for example cafes in parks.

However, officials warned that pubs were not likely to reopen for months, while older school children were unlikely to see any return to classes until September.

Infection rates will also be closely monitored under a new alert system, which will build upon existing moves to ramp up testing and contact tracing.

“If there are outbreaks, if there are problems, we will not hesitate to put on the brakes,” Johnson said.

“We have been through the initial peak, but it is coming down the mountain that is often more dangerous.”

Johnson has been criticized for failing to take the outbreak seriously enough at the start, still shaking hands with people in early March and delaying the imposition of a lockdown.

But there are growing demands from his own MPs to get the economy moving again, particularly after the Bank of England predicted a 14% slump in British GDP this year.

Johnson paved the way for his phased plan by issuing new public advice, replacing the old “stay home, save lives” slogan in favor of advice to “stay alert.”

But it drew criticism from devolved governments in Scotland, Wales, and Northern Ireland, which are responsible for the lockdowns in their nations.

Scottish First Minister Nicola Sturgeon in particular warned infection rates in her country remained too high to ease up even a little on the confinement advice.

“We mustn’t squander progress by easing up too soon, or by sending mixed messages,” she told reporters.

“Let me be very blunt about the consequences if we were to do that – people will die unnecessarily.”

Johnson did not give any detail about the quarantine plan, but officials suggested that it could be introduced in the coming weeks and would last 14 days.

While initially proposed for people arriving from abroad by plane, it could be extended to ports and train stations.

Johnson’s office said France would be exempt from the quarantine, after Paris excluded Britain from its own similar plans, while media reports suggest there will also be a waiver for Ireland.

Airlines UK, the trade body for UK-registered carriers, had previously warned such a measure would “effectively kill international travel to and from the UK.”

But officials say that if infection rates fall within Britain, stopping new cases from abroad will be an important tool. – Rappler.com