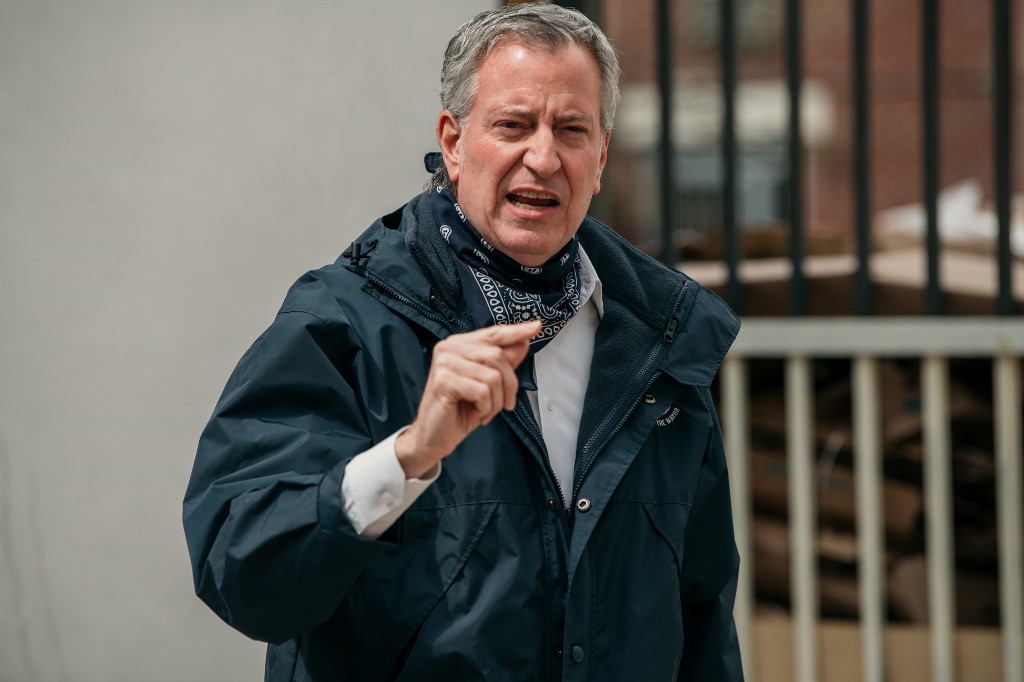 NEW YORK, USA – New York’s Mayor Bill de Blasio on Sunday, May 10, voiced “tremendous concern” over an uptick in cases of a pediatric syndrome that scientists suspect could be linked to COVID-19, which has left at least 3 people dead statewide.

The mayor said 38 cases of pediatric multi-system inflammatory syndrome have been detected in New York City, with an additional 9 suspected cases awaiting confirmation.

One of the deaths was a 5-year-old boy.

Howard Zucker, the state’s health commissioner, said the others included an elementary school-age child and an adolescent.

The children were not known to have pre-existing conditions and lived in three different counties, Zucker said.

Cuomo said two additional deaths were under investigation, which if confirmed would bring the total statewide death toll linked to the syndrome to five.

Symptoms of the illness include persistent fever, rash, abdominal pain and vomiting, as well as possible inflammation of blood vessels and the heart.

“What it does is, basically, in a child’s body triggers an intensive, almost overwhelming immune system response. And that actually causes harm to the body,” de Blasio said.

The mayor said all children with associated symptoms would now be tested for COVID-19 as well as antibodies.

So far, of the confirmed cases in the city, 47% had tested positive for coronavirus and 81% had antibodies, the mayor said, indicating most had exposure to the fast-spreading virus at some point.

Cuomo said it was possible cases had already cropped up previously but had not been linked to the coronavirus because of the absence of respiratory symptoms.

Kawasaki disease is a mysterious illness that primarily affects children up to the age of 5 and causes the walls of arteries to become inflamed, resulting in fever, skin peeling and joint pain.

Britain’s National Health Service first sounded the alarm last month, warning about a small rise in children infected with the coronavirus that have “overlapping features of toxic shock syndrome and atypical Kawasaki disease.”

Though frightening, most recover without serious issues.

On Sunday both the mayor and the governor also emphasized research into remdesivir drug therapy, an anti-viral shown to reduce recovery times in COVID-19 patients.

US regulators authorized emergency use of the drug against severe infections, with Japan also approving it last week.

De Blasio said initial trials had shown decreased hospital stays from 15 days to 11 for those treated with the drug.

He called on the Donald Trump administration to release more doses to New York, saying the city had received 4,000 but sought 39,000 for the month of May.

Cuomo, meanwhile, introduced new regulations for nursing homes, which have been particularly hard-hit by coronavirus, saying all staff must now be tested twice a week for infection – or facilities will face losing their licenses.

And as May 15 approaches, the date to which the governor extended statewide confinement measures, Cuomo said some regions in New York would likely be ready to begin a soft loosening of regulations.

But relaxing such measures in New York City appeared distant: the city of 8.6 million is still by far the epicenter of the virus in the United States with approximately a quarter of the country’s more than 79,000 deaths.

The city has reported more than 14,000 coronavirus-linked deaths and over 5,000 more considered likely caused by the infection. – Rappler.com