May 12, 2020 10:18 AM PHT
Agence France-Presse
Facebook Twitter Copy URL
Copied
Without naming names, WHO emergencies chief Michael Ryan decries that some countries were choosing to 'drive through this blind' by not dramatically ramping up their capacity to test and trace cases while they have the chance 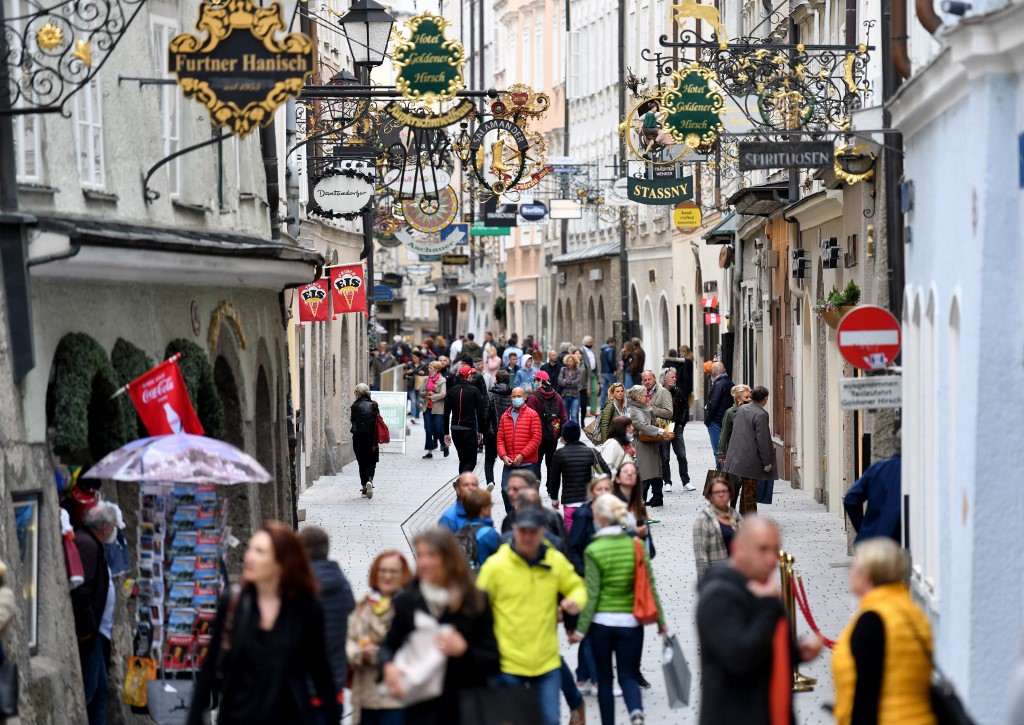 GENEVA, Switzerland – The World Health Organization on Monday, May 11, hailed dwindling COVID-19 infection rates and deaths in some countries, but called on nations to show “extreme vigilance” as they begin loosening their restrictions.

Swathes of Europe began the long process of reopening from coronavirus lockdowns on Monday, with officials in countries like France and Spain emboldened by declining death rates.

“The good news is that there has been a great deal of success in slowing the virus and ultimately saving lives,” WHO director-general Tedros Adhanom Ghebreyesus told a virtual briefing.

WHO emergencies chief Michael Ryan meanwhile hailed the gradual lifting of the lockdowns as a sign of “hope.”

But he cautioned that “extreme vigilance is required.”

More than 280,000 people have died out of the more than 4 million known COVID-19 infections worldwide.

And while the drastic measures implemented by many countries have allowed them to get a tentative handle on the virus, there are widespread fears that there could be fresh waves of intense transmission.

Ryan urged countries to boost their public health responses, ensuring they can identify fresh cases, and trace and isolate all contacts, which he said could help “avoid a major second wave.”

But he warned that while “many countries have made very systematic investments in building up their public health capacities during the lockdowns, others have not.”

“If disease persists in countries at a low level without the capacity to investigate clusters, identify clusters, there is always the risk that the disease will take off again,” he said.

Without naming names, Ryan decried that some countries were choosing to “drive through this blind” by not dramatically ramping up their capacity to test and trace cases while they have the chance.

The WHO warned against the notion in some countries that even if they do not take the measures needed to halt the spread of the virus, their populations will quickly build so-called “herd immunity.”

“Early serological studies reflect that a relatively low percentage of the population has antibodies to COVID-19,” Tedros said, pointing out that this means “most of the population is still susceptible to the virus.”

More than 90 so-called serological studies, which reveal the presence of antibodies in the blood to determine whether a person has had a past infection, were being conducted in several countries.

The WHO’s COVID-19 technical lead Maria Van Kerkhove said that while the UN agency has not yet been able to critically evaluate the studies, initial data released showed that between one and 10% of people had antibodies.

“There seems to be a consistent pattern so far that a low proportion of people have these antibodies,” she said.

Ryan agreed, saying the early results belied the widely-held assumption that most cases of the virus were mild and going undetected.

Preliminary results were “showing the opposite…that the proportion of people with significant clinical illness is actually a higher proportion” than previously thought, he said, stressing that “this is a serious disease.”

“This idea that maybe countries that have lax measures…will all of a sudden magically reach some herd immunity, and so what if we lose a few old people along the way…is a really dangerous, dangerous calculation,” he said. – Rappler.com