May 12, 2020 4:03 PM PHT
Agence France-Presse
Facebook Twitter Copy URL
Copied
A source in Russia's emergencies ministry says 5 patients had died and 150 had been evacuated after a fire broke out in the early morning on the sixth floor of Saint George hospital 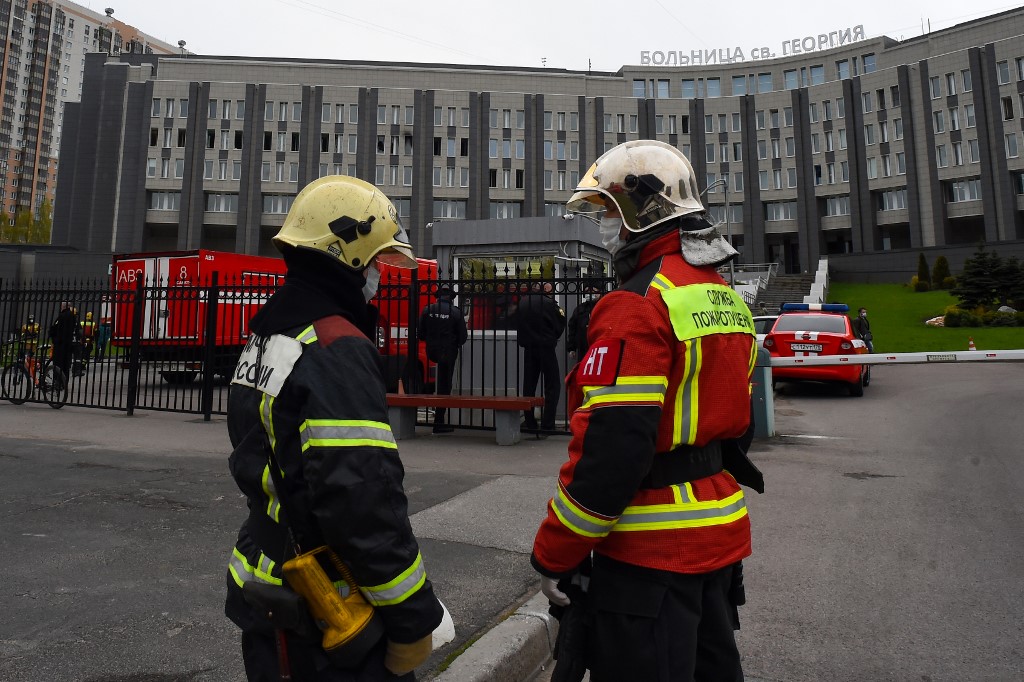 SAINT PETERSBURG, Russia – A fire at a hospital in Russia’s second city Saint Petersburg on Tuesday, May 12, killed 5 coronavirus patients who had been attached to ventilators, officials and news agencies said.

A source in Russia’s emergencies ministry told AFP that 5 patients had died and 150 had been evacuated after the fire broke out in the early morning on the sixth floor of the city’s Saint George hospital.

News agency TASS reported that the hospital had been repurposed to treat coronavirus patients and the dead patients had been connected to ventilators when the blaze began.

News agency RIA Novosti quoted an emergency services spokesman as saying the fire appeared to have been caused by an electrical malfunction, while Interfax cited a source saying it was an “overload” with ventilators being “pushed to their limit”.

Russia’s Investigative Committee, which examines serious crimes, said it had launched a probe into the incident.

A fire at a Moscow hospital treating coronavirus patient last week killed one and forced hundreds of others to evacuate.

Investigators are also probing two recent fires at residence homes in Moscow, both of which left fatalities.

Russia has confirmed more than 220,000 virus cases and ranks fourth in a global tally of total infections after the United States, Spain and Britain. – Rappler.com