May 13, 2020 7:59 AM PHT
Agence France-Presse
Facebook Twitter Copy URL
Copied
Government immunologist Anthony Fauci's stark words feeds concerns that even a cautious exit from the unprecedented global economic shutdown could trigger another outbreak of the disease 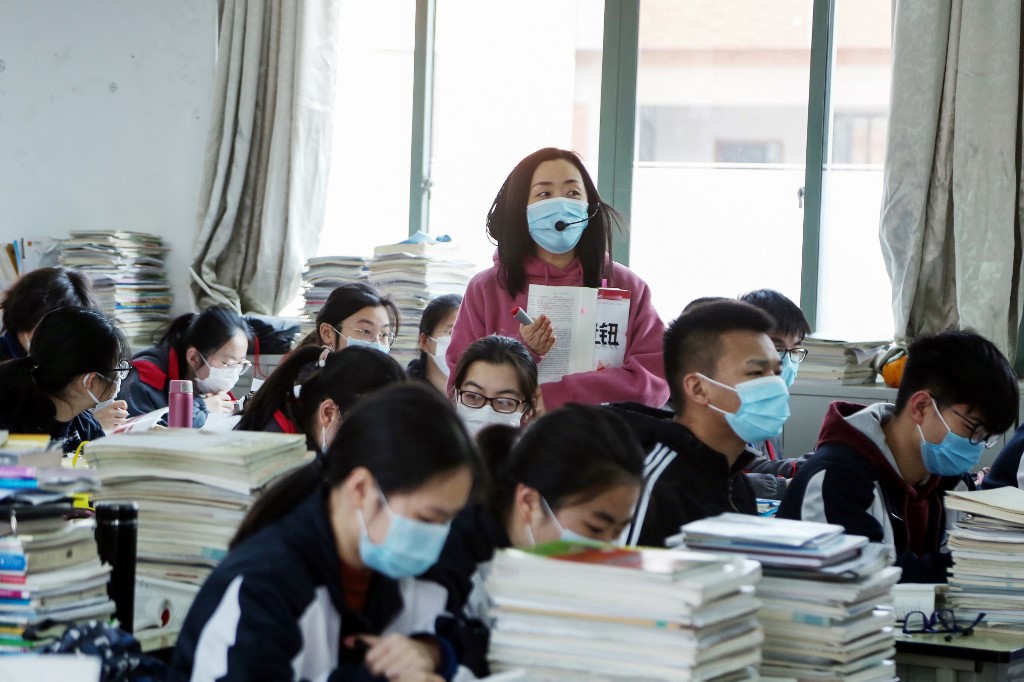 WASHINGTON, USA – France began reopening schools on Tuesday, May 12, and Russia and India started getting back to work as the top US infectious disease expert warned that relaxing coronavirus lockdowns too quickly could have serious consequences.

Government immunologist Anthony Fauci’s stark words fed concerns that even a cautious exit from the unprecedented global economic shutdown could trigger another outbreak of the disease, which has killed more than 290,000 people around the world according to an AFP toll.

Education Minister Jean-Michel Blanquer hailed the reopening of schools, which will be rolled out gradually throughout the country and include Paris schools on Thursday.

Russia began easing lockdown rules even as infections surged past 232,000 – now the second most confirmed cases in the world after the United States.

Russia hit the dire landmark Tuesday after a week of reporting more than 10,000 daily infections and as it was confirmed that President Vladimir Putin’s spokesman, Dmitry Peskov, tested positive for the virus.

US Vice President Mike Pence’s press secretary tested positive last week and the White House said Tuesday that Pence has decided to “keep his distance” from President Donald Trump for a few days.

In testimony to US lawmakers, Fauci admitted the true number killed by the epidemic in the US is likely higher than the official toll of over 82,000 – the world’s highest.

And despite Trump’s evident desire to restart the economy ahead of the November election, Fauci warned that a 14-day decrease in cases was a vital first step to exiting lockdowns safely.

“If a community or a state or region doesn’t go by those guidelines and reopens…the consequences could be really serious,” Fauci said.

“There is a real risk that you will trigger an outbreak that you may not be able to control,” he added, warning that would not only cost lives, “but could even set you back on the road to trying to get economic recovery.”

In the US House of Representatives, Democrats unveiled a $3 trillion virus response package, the largest yet, to fund efforts to fight the pandemic and provide emergency payments to millions of American households.

But the measure faced immediate opposition in the Republican-held Senate, where leaders have said a new round of emergency funding is not yet needed.

Republican senators proposed legislation meanwhile that would empower Trump to slap sanctions on China if it does not give a “full accounting” for the coronavirus outbreak, which began in the Chinese city of Wuhan in December.

“The Chinese Communist Party must be held accountable for the detrimental role they played in this pandemic,” said Senator Jim Inhofe. “Their outright deception of the origin and spread of the virus cost the world valuable time and lives as it began to spread.”

In Russia, some parts of the country hummed back to life Tuesday – the end of a “non-working” period.

For those braving public transport, masks and gloves were a must in line with new anti-virus rules.

“If everyone had worn masks from the start, observed the precautions, I think we wouldn’t have had such a spread of the epidemic,” she added from behind a surgical mask.

Its giant railway network restarted in defiance of a recent surge in infections, with 3,600 recorded on Monday, just below Sunday’s record tally.

The country of 1.3 billion imposed a strict shutdown in late March, which Modi’s government has credited with keeping cases to a modest 70,000, with around 2,300 deaths.

Iran, meanwhile, said it would reopen mosques for 3 nights this week, after struggling to contain the outbreak that has killed more than 6,700 people there.

Test all in Wuhan

South Korea, credited with one of the world’s more successful anti-virus campaigns, said it was using mobile phone data to track Seoul nightclub visitors after a cluster of new cases.

The outbreak – which forced a delay in reopening schools – hit gay venues and potential carriers may fear coming forward because of the stigma surrounding homosexuality.

And in Britain, which has Europe’s most confirmed fatal cases, the Office of National Statistics said reports from care homes for the elderly suggest a government tally of 32,692 deaths underestimates the full toll.

In China, state media reported that Wuhan plans to conduct virus tests on the entire 11 million population after new cases emerged for the first time in weeks in the city where the outbreak began.

Scientists believe the virus jumped from bats to humans in a Wuhan market but there have been unproven claims – including from Trump – that the disease somehow escaped from a Chinese lab.

Economic and social lockdowns have cut a swathe through the global economy and, while many areas are now cautiously moving back to work, world markets are treading cautiously amid fears of a second wave.

The Nasdaq’s six-day winning streak ended on Tuesday as US stocks pulled back after Fauci’s warnings about reopening the economy too quickly.

One popular US attraction that will remain dark is Broadway.

The Broadway trade association announced Tuesday that New York’s beloved theaters will not reopen until at least early September.

New York remains the US epicenter, with COVID-19 continuing to kill more than 150 people a day in the state. – Rappler.com