May 13, 2020 9:59 AM PHT
Agence France-Presse
Facebook Twitter Copy URL
Copied
Renowned US epidemiologist Larry Brilliant warns that China's attempts to block vital insight into the virus origins, was 'not rational,' and was fueling rumours that are being 'used politically to drum up hatred' 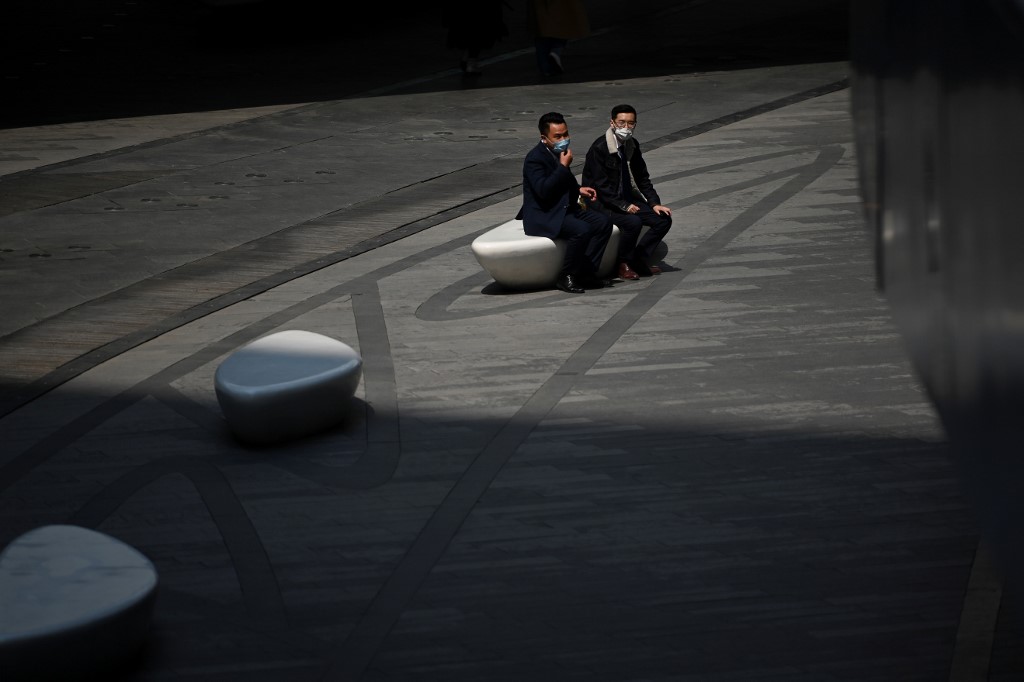 GENEVA, Switzerland – Renowned US epidemiologist Larry Brilliant has urged China to be “radically transparent” if it wants to fend off suspicion over the origin of the novel coronavirus.

Theories abound about the provenance of the virus that has sparked the global COVID-19 pandemic, which has killed nearly 300,000 people worldwide in a matter of months.

Scientists believe the virus, which emerged in China late last year, originated in bats and jumped from them directly to humans or through other animals before reaching humans.

But there is also widespread speculation that the virus, called SARS-CoV-2, was manufactured as a bioweapon or escaped from a Chinese laboratory working on the related SARS virus.

Brilliant told AFP in a recent interview that China’s “suspicious behavior,” refusing to allow in international experts and even blocking Chinese scientists from probing the origin, was fueling such theories.

The United States and Australia have called for an international investigation, but China has refused, and is yet to respond to a WHO request for an invitation to help probe the virus origin.

Brilliant, who served as a consultant on the frighteningly realistic 2011 pandemic horror film Contagion, dismissed the assertion by some that the virus may have been artificially manufactured.

He stressed that studies of the genome show it is 95% identical to the original SARS virus, which caused a global scare in 2003.

The 5% difference clearly results from a natural evolution that among other things has made the new virus more transmissible, he said.

The US suspicions focus in particular on the possibility that the virus escaped from a lab in Wuhan, China, but Brilliant stressed that if that were the case, it should be seen as an accident.

“Nobody will be mad if it was an accident, or if it had been in the country earlier” than December, when the first alerts went out from Wuhan, he said.

“But the suspicious behaviour is not in anybody’s best interest.”

Brilliant stressed the importance of finding the first human case of COVID-19, and of understanding when the outbreak actually began.

“There is a reasonable hypothesis that the virus was percolating in China in November or even earlier, going from human to human,” he said. (READ: Pompeo says China may have known of virus in November)

A much earlier start could help explain why the outbreak in Wuhan at the start of this year was so “explosive,” he said, pointing out that it generally would take weeks for the virus to build up steam.

But, he lamented, “we can’t prove this hypothesis because of the terrible behavior of the Chinese government.”

Brilliant warned that China’s attempts to block vital insight into the virus origins, was “not rational,” and was fueling rumours that are being “used politically to drum up hatred.”

“I would say to my Chinese friends that it is in their interest to find out where the first cases were, and to be radically transparent,” he said.

Even as a range of countries have begun loosening restrictions, with officials emboldened by declining infection and death rates, fears of fresh waves of transmission are omnipresent.

In Wuhan, whose 11 million inhabitants spent 76 days in a lockdown lifted on April 8, a fresh cluster of cases was reported this week.

Brilliant decried that countries had not learned from humanity’s triumph over smallpox 40 years ago as to how to defeat a virus.

Unlike with COVID-19, there was a vaccine to help in the fight against smallpox.

But Brilliant insisted that equally important at the time was the global cooperation and massive efforts made to detect every case, and track down and fully isolate every contact.

Today meanwhile, rampant nationalism has replaced international cooperation, and many countries appear to have given up on testing and contact tracing as too hard, and imposed lockdowns instead, he said.

“Our approach has been to abandon plan A because of failures of leadership. Now we are in plan Z,” he said, rejecting the assertion by many governments that it was too difficult to scale up testing.

“That’s irresponsible…It’s not that hard,” he said. “We can put a man on the Moon.”

“Get everybody off their asses and make the tests.” – Rappler.com