May 13, 2020 11:31 PM PHT
Agence France-Presse
Facebook Twitter Copy URL
Copied
Although Jared Kushner does not say he wants a change in date and notes 'it's not my decision to make,' his remarks are attacked by Trump critics as evidence of overreach 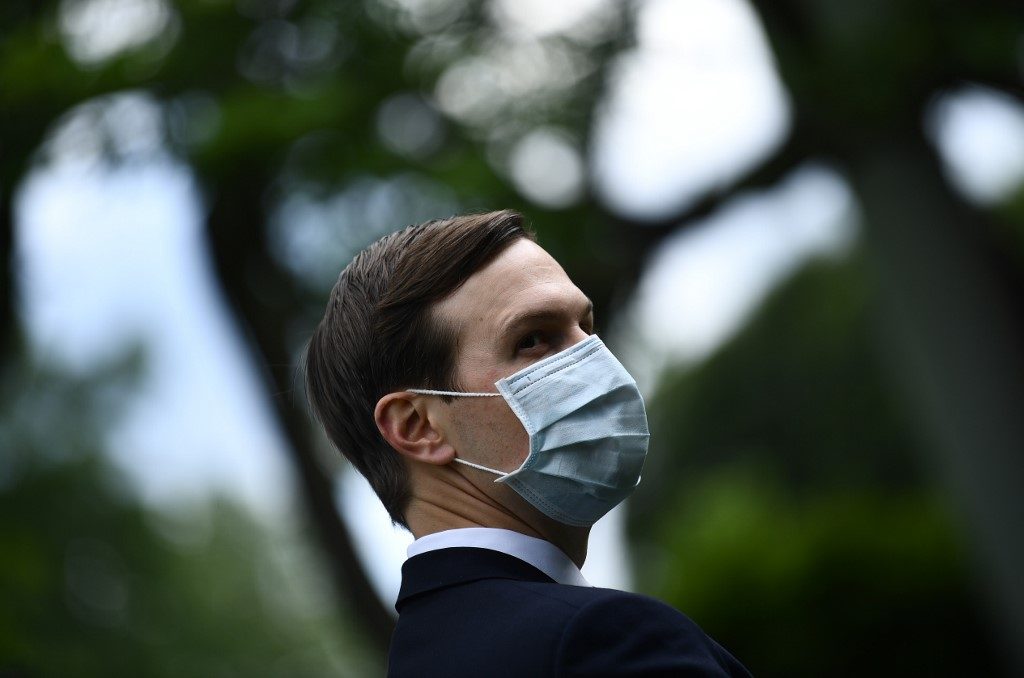 WASHINGTON DC, USA – President Donald Trump’s aide and son-in-law Jared Kushner said he couldn’t guarantee the US presidential election will take place on time, due to the coronavirus pandemic – only to walk back his comment.

The election is scheduled for November 3 by law and the White House has no authority to make a change. However, Kushner’s remark on Tuesday, May 12, touched a nerve as Trump and Democratic rival Joe Biden head into the increasingly tense final 6 months of campaigning.

Asked in an interview by Time magazine whether he could commit to the election being on schedule, even if a second coronavirus wave breaks out, Kushner said: “I’m not sure I can commit one way or the other, but right now that’s the plan.”

“Hopefully by the time we get to September, October, November, we’ve done enough work with testing and with all the different things we’re trying to do to prevent a future outbreak of the magnitude that would make us shut down again,” said Kushner, whose title is senior advisor.

Although Kushner did not say he wanted a change in date and noted “it’s not my decision to make,” his remarks were attacked by Trump critics as evidence of overreach.

Shortly after, Kushner issued a clarification to NBC News, saying “I have not been involved in, nor am I aware of, any discussions about trying to change the date of the presidential election.”

The election date is under scrutiny given the massive logistical disruption caused by coronavirus lockdowns and the risk that voters will stay away from crowded polling stations.

However, both Trump and Biden have said they see no change in date happening.

In most polls, Biden is leading Trump, whose first term has been marred by impeachment, a two-year probe into his links with Russia, and unprecedented political partisanship across the country. Kushner, a wealthy real estate owner, is married to his daughter Ivanka, who is also a White House presidential advisor. – Rappler.com