Italy to regularize migrants in face of coronavirus

May 14, 2020 10:20 AM PHT
Agence France-Presse
Facebook Twitter Copy URL
Copied
Those benefitting from the new scheme will have to prove that they have experience working in the agricultural or domestic sectors 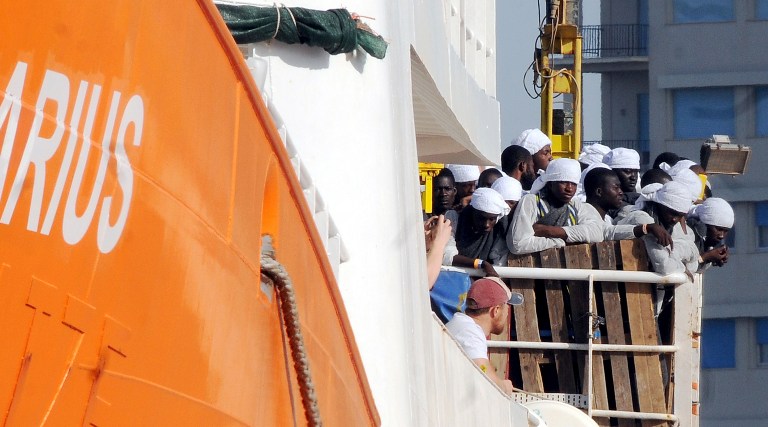 ROME, Italy – The Italian government on Wednesday, May 13, decided to temporarily regularize illegal migrants working in the agricultural sector or as domestic helpers, to control the black market and allow them health coverage in face of the coronavirus pandemic.

“We have reached an important result.. in the fight against crime and in putting an end to the black market in jobs,” Prime Minister Giuseppe Conte told a news conference.

The migrant workers will be guaranteed “an adequate level of health care” in the face of “this exceptional health crisis,” Conte said.

Every summer, thousands of African workers, as well as Bulgarians and Romanians, come to Italy to harvest fruit and vegetables.

They are often poorly paid for long hours and housed in unsanitary camps. Many are exploited by mafia groups.

Those benefitting from the new scheme will have to prove that they have experience working in the agricultural or domestic sectors. (READ: As virus leaves borders shut, European farmers sound alarm)

The government decree also calls for urgent measures to guarantee the security and cleanliness of the workers’ accommodation.

A number of  NGOs and political parties – including Oxfam Italy and church organizations – called the move “an important first step…towards recognizing the rights and defense of the dignity of hundreds of thousands of foreigners present” in Italy. – Rappler.com