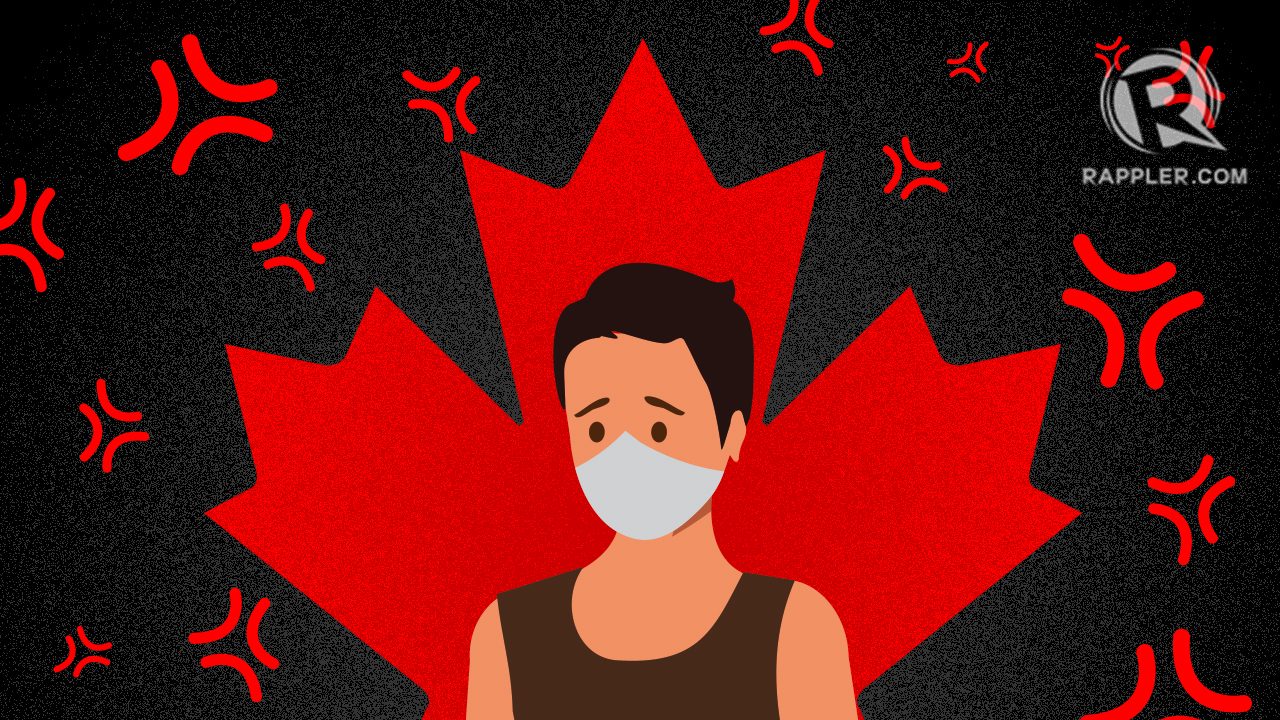 TORONTO, Canada – As anti-Asian hate crimes and incidents related to COVID-19 continue to rise around the world, including in Canada, a Filipino-Canadian has refused to remain a statistic.

Marnie Manalo, a research technologist at a downtown Toronto hospital, gave a human face to the trauma experienced by those at the receiving end of a race-motivated incident when she appeared before a local news television on May 5.

Still visibly shaken from the assault that took place over a month ago, a tearful Manalo related how a man confronted her as she walked behind him to enter a subway station at Eaton Centre last March 23.

“Usually people are courteous and they hold the door open when someone is behind them. But when he saw me, he looked at me with fierce eyes and yelled, ‘You, Chinese, go back to China,'” Manalo said.

In a separate interview with Rappler, Manalo said the man also tried to hit her, but she instinctively raised her arm and his hand grazed her cheek instead.

She walked away to defuse the situation, but the man followed her down the escalator to the subway and continued yelling at her. Manalo said she was so scared for her life because there was no one else in the vicinity – except for a cleaning person who didn’t come to her aid – that she ran.

Manalo managed to evade the man and proceeded with her ride home, which included a bus transfer. She tried to reassure herself that she was fine.

Unfortunately, another incident occurred. A man boarded the bus she was in and began screaming when he saw her and the other passengers, also of Asian descent.

“He yelled, ‘Go back. All of you. This is all your fault,'” recalled Manalo. “I couldn’t believe that this was happening to me again.” She put on her headphones to drown out the abuse since the bus driver didn’t do anything.

‘Someone has to step up’

The incidents have taken a toll on Manalo, who has lived in Canada for 30 years and had never encountered such hatred until that day. On her way to work the day after the incidents, she suffered a panic attack.

“I was so scared, I didn’t want to leave the house,” Manalo recalled.

She had to take a few days off from work to regain her bearings. The attacks not only left her fearful, but made her feel “like I was alone, a second class citizen.”

She couldn’t fathom how people could act that way. “I was brought up not to hate anybody. Filipinos are also taught to respect people, no matter who they are, no matter what race,” she said.

Manalo shared her ordeal with close friends, who encouraged her to go public with her experience. “I decided to do it because someone has to step up,” she said. 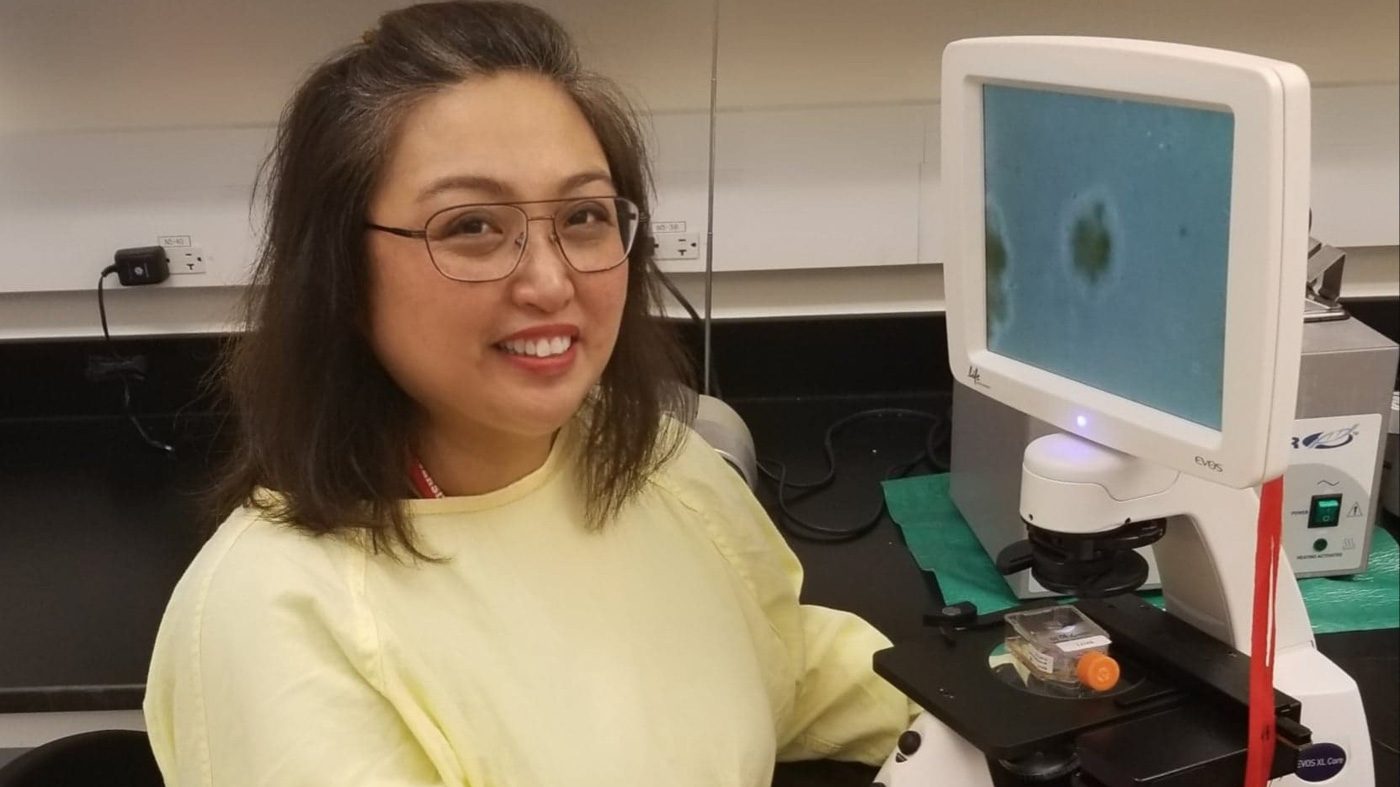 What Manalo has done is unusual for Asian-Canadians “who seldom speak up publicly about racism, seldom report these incidents,” said Fo Niemi, co-founder and executive director of the Montreal-based Center for Research-Action Race Relation (CRARR).

Asian-Canadians have a “cultural tendency not to go public, not to report or talk about racism because they don’t have faith in the system, are afraid of reprisals, or just want to let it go.”

But with the surge in anti-Asian attacks, Niemi said he has noticed an uptick in incident reporting.

In the last two months, his organization has received 2 to 3 emails each week from Asians who reported being either harassed, assaulted, intimidated, or spat upon – usually in streets or in commercial establishments, like grocery stores.

“This is very rare. I’ve been in this work for a long time and I seldom see Asian people come forward to talk about, among other things, racism.”

Niemi believes more Asian-Canadians are now reporting these incidents because of the “intensity and the gratuitous nature” of these violent attacks.

He cited the case of an Asian man in his 50s, who was onboard a Montreal subway when someone walked by him once or twice, turned around, and punched him in the head. A story that has made headlines involved an elderly Chinese-Canadian with dementia who was physically assaulted in a convenience store in Vancouver.

About 20 anti-Asian attacks and hate crimes have been recorded between March and April in Vancouver alone, “a dramatic increase from the 12 registered reports in all of 2019,” according to The Tyee.

What’s challenging, Niemi said, is that these acts are done mostly by strangers. “They are drive-by slurs, insults and threats, pushing people and leaving hurriedly. There’s nowhere to track them down.”

Asian-Canadians are “very afraid. They don’t know what to do,” he said. “We live in a climate where being Chinese, or Chinese looking can be a risk.”

Justin Kong, executive director of the Chinese Canadian Council in Toronto said the racialization of COVID-19 has contributed to the rise in attacks.

“Scientists are still learning about the virus, but there’s a lot of conspiracy theories that are not backed by science. Politicians have used that to scapegoat Asian communities. We see that a lot with Trump,” who called COVID-19 the “Chinese virus” to put the blame on China, he said.

In Canada, some politicians have also fanned the flames of anti-Asian sentiments, he said, citing Conservative MP Derek Sloan who has questioned the loyalties of Canada’s chief public health officer Theresa Tam, who is of Chinese descent.

Niemi said the fact that COVID-19 has proved more contagious and threatening than SARS, which also affected Canada in 2003, has contributed to the xenophobia.

“The problem is it’s more fatal, it has led to our economy being shut down. The whole world has been turned upside down, so there’s more insecurity, there’s more frustration, there’s more hopelessness,” said Niemi.

These attacks also show that the seeds of anti-Asian racism – laid bare during the “Yellow Peril” campaign in Canada at the turn of the 20th century – are still very much alive, said Niemi.

In the 1880s, more than 15,000 Chinese laborers arrived in Vancouver to help construct the Canadian Pacific Railway. They were accused of stealing jobs and bringing disease. Once the railway was completed, Canada imposed a head tax on Chinese immigration, marking the first time the country excluded immigrants on the basis of ethnic origin.

Decades later, during the Second World War, Canada interned more than 22,000 Japanese-Canadians, citing “national security.” They were segregated, and their homes and businesses were sold to finance their detention.

“It’s an easy community to pick on because it tends to be very quiet. It’s deemed by others to be passive; no matter how they push them they won’t fight back,” Niemi said.

Some, however, are trying to challenge this notion.

JB Ramos, a Filipino-Canadian Asian martial arts head instructor at Combat Science in Toronto, has been receiving inquiries from Asians in Canada and the US who want to learn how to defend themselves against hate-motivated attacks.

Some have had things thrown at them when they deliver food to hospital workers as part of their volunteer work, Ramos said.

“They’re giving back to their communities and doing these good deeds and some people try to verbally or physically harm them.”

Ramos plans to offer such classes soon, which would focus not only on self-defense, but de-escalation and other empowering techniques.

Most of the incidents received by CRARR are from Canadians of Chinese and Vietnamese backgrounds.

“We still don’t have Filipinos, even though we have a sizable community in Montreal,” said Niemi. “We’re concerned that people may live that, but don’t talk about it. Or sometimes they think that by ignoring it that it will go away.”

With this in mind, the CRARR has launched an information campaign to inform people what their rights are, what their recourses are, what to do and what not to do when they fall victim to a hate crime or incident.

“We tell people, ‘Be not afraid. Be not embarrassed. Be not silent. If you see something, or something happens to you, say something, do something about it.'”

The Chinese Canadian National Council has set up an online incident reporting tool, where people can document hate crimes and other incidence of racism and xenophobia related to COVID-19.

“I think it’s important that we call out racism when we see it. We should call out politicians when they take advantage of it and use it to scapegoat communities,” Long said.

The CRARR is also reaching out to non-Asians in the community at large, with the message that “COVID-19 doesn’t discriminate, neither should you.” They are also encouraged to stand up against discriminatory acts if they see them.

Manalo echoed the same sentiment. “Sometimes people don’t understand. They act out of fear. You can’t treat people as a virus, we’re all on the same boat,” she said. “All we need do is be kind to each other, help each other.”

Niemi said CRARR and other anti-racism groups are still waiting for the federal government to respond to their calls to implement “concrete actions” to act on these hate crimes.

Prime Minister Justin Trudeau has denounced these Anti-Asian attacks, “but we need concrete programs and measures,” he said.

“An attack on a community because of who they are is an attack on all in Canadian society. Racism destroys the social fabric; it destroys social cohesion; it destroys individual and collective well-being and we need to address that very rapidly.” – Rappler.com