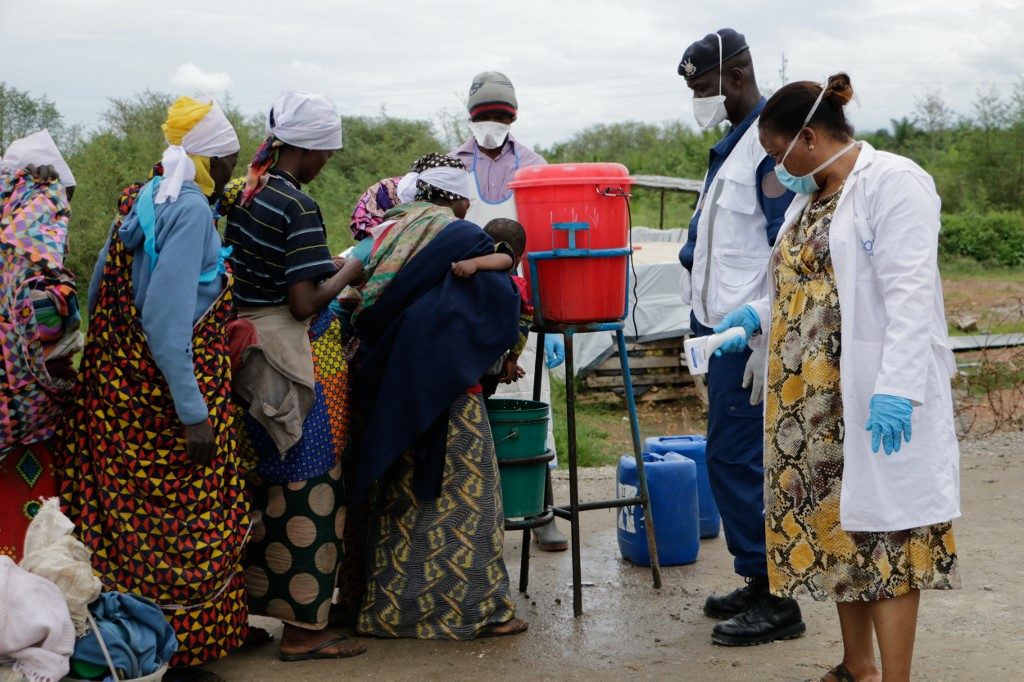 Facebook Twitter Copy URL
Copied
The foreign ministry, in a letter to WHO Africa headquarters, says the UN agency's representative in Burundi and his 3 colleagues 'are declared persona non grata and as such, must leave the territory of Burundi' by May 15

NAIROBI, Kenya – Burundi has ordered the expulsion of the World Health Organization’s (WHO) expert team backing the country’s response to the coronavirus pandemic, just days before a presidential election.

The foreign ministry, in a letter to WHO Africa headquarters and seen by Agence France-Presse (AFP) on Wednesday, May 13, said the UN agency’s representative in Burundi and his 3 colleagues “are declared persona non grata and as such, must leave the territory of Burundi” by Friday, May 15.

“Late yesterday afternoon I was made aware through a note verbale about this decision of the government of Burundi which has asked our WHO representative and 3 other persons, one of whom is a consultant…to leave the country immediately,” WHO Africa Director Dr Matshidiso Moeti told journalists on Thursday, May 14.

“We are in communication with the government of Burundi to clarify and understand the reasoning behind this decision they have taken. We are in the meantime then working to organize the departure of our staff.”

The letter does not provide a reason for the decision. Diplomatic and administrative sources told AFP the foreign ministry aborted a similar attempt to expel the same 4 officials a month ago.

“They are expelled and the health minister has totally excluded WHO, accusing it of unacceptable interference in its management of the coronavirus,” a Burundian official told AFP, speaking on condition of anonymity.

The Africa Centres for Disease Control and Prevention described the move as “unfortunate” at a time when greater cooperation was needed to tackle the virus on the continent.

“We are in dire need of technical expertise as a continent, which has a very weak health system and fragile infrastructure, where we don’t have the luxury of kicking out WHO,” director John Nkengasong told reporters Thursday.

Meanwhile the UN Commission of Inquiry on Burundi, tasked by the Human Rights Council to investigate alleged violations and abuses in the country since 2015, said in a statement that it “deeply regretted” the decision.

The announcement comes just days before Burundians go to the polls on May 20 to choose a new president, parliamentarians and local officials.

The country has officially recorded 27 cases and one death from the coronavirus.

But it has taken few precautions against the disease and testing is low, fueling concern that the true extent of the outbreak is not known.

A health ministry official, speaking on condition of anonymity, said 7 patients have been hospitalized at one institution with symptoms such as respiratory distress and had not been tested and that “a whole wing has been dedicated to them at the military hospital.”

One resident of the capital recounted that her neighbor, who had a fever and respiratory problems, was refused a test.

“This man was 65 years old and died at home last week,” she said.

Meanwhile the National Institute of Public Health, the only place carrying out tests, has had 6 of its staff responsible for taking samples, fall sick with the virus.

“Since then all activity is paralyzed, no test can be carried out, it is a catastrophe,” an employee of the institute confirmed to AFP, on condition of anonymity.

Election at any cost

Rights groups say the government is pressing ahead with the vote no matter the cost, and accuses the ruling party and its youth wing of crushing dissent and threatening those taking their own measures against coronavirus.

Huge political rallies have been held across the country, drawing tens of thousands of supporters together in mass gatherings that have been banned in other parts of Africa and around the word.

Nkengasong warned such congregations were ripe for spreading coronavirus far and wide.

“We’ve seen that in countries where they’ve gone ahead and conducted elections, or where they’ve enabled people to come together in a political rally, the cases have increased,” he said.

Officials in Burundi have cited divine protection for the country’s ostensibly low infection rate and urged citizens to go about their daily lives without fear.

“Do not be afraid. God loves Burundi and if there are people who have tested positive, it is so that God may manifest his power in Burundi,” said General Evariste Ndayishimiye, the presidential candidate for the ruling CNDD-FDD party. – Rappler.com