May 15, 2020 10:31 AM PHT
Agence France-Presse
Facebook Twitter Copy URL
Copied
On May 14, 1995, the exiled Dalai Lama recognized six-year-old Gedhun Choekyi Nyima as the reincarnation of the Panchen Lama. The boy was taken into custody 3 days later and has not been seen since. 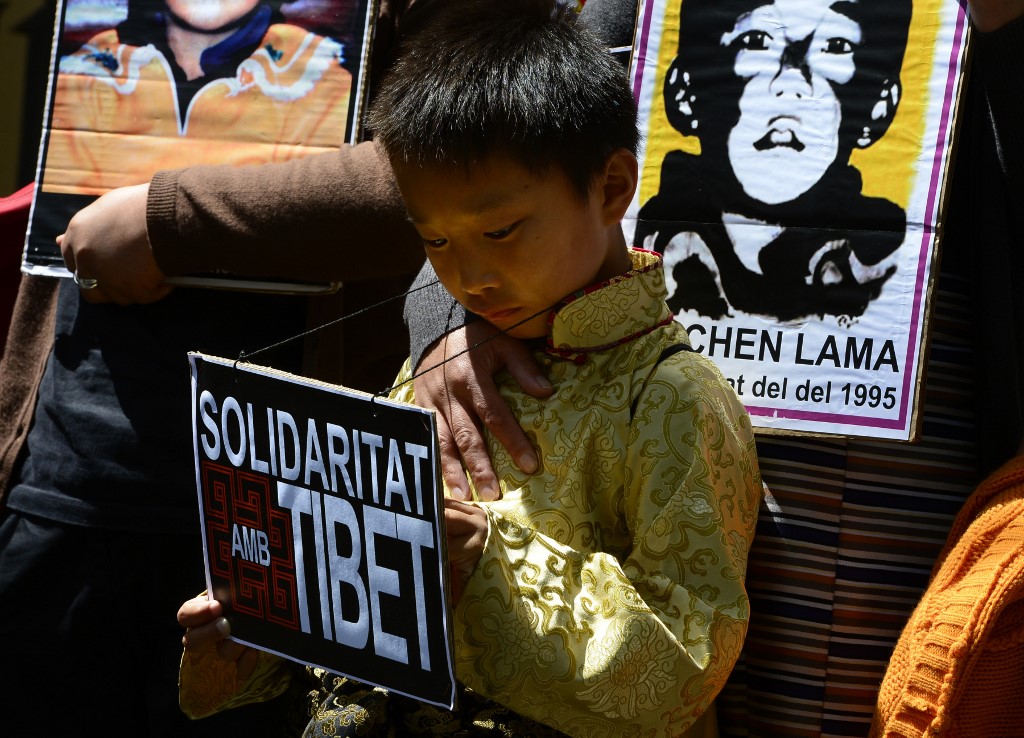 WASHINGTON, USA – The United States on Thursday, May 14, renewed calls on China to free the Tibetan identified 25 years earlier as the Panchen Lama and warned Beijing not to see the episode as a model for handling the Dalai Lama’s succession.

On May 14, 1995, the exiled Dalai Lama, a Nobel laureate with a wide global following, recognized six-year-old Gedhun Choekyi Nyima as the reincarnation of the Panchen Lama, the second most senior figure in Tibetan Buddhism’s largest school.

The boy was taken into custody 3 days later and has not been seen since, with human rights groups calling him the world’s youngest political prisoner.

“We continue to press the Chinese authorities to release the Panchen Lama, to let him free, but (also) to let the world know where he is,” said Sam Brownback, the State Department’s ambassador-at-large for international religious freedom.

“This takes on, I think, an increased interest and focus and importance as the Chinese Communist Party continues to assert their right to appoint the next Dalai Lama,” he told reporters.

China’s officially atheist government has made clear it could seek to name a successor to the 84-year-old Dalai Lama, evidently hoping that the global movement for Tibetan autonomy will wither away without the charismatic monk.

The 14th Dalai Lama, who has cut back on a hectic travel schedule but is not known to have serious health issues, has mused about breaking tradition to scuttle Beijing’s plans.

He has spoken of appointing his own successor – perhaps a girl – while he is still alive or declaring the institution finished with him.

China appointed its own Panchen Lama, who has made a number of tightly scripted public appearances, even though many Tibetans do not recognize him.

In a rare statement on the Dalai Lama-appointed Panchen Lama, a pro-Beijing official in Tibet said in 2015 that the young man was healthy, enjoying an education, and “does not want to be disturbed.” – Rappler.com