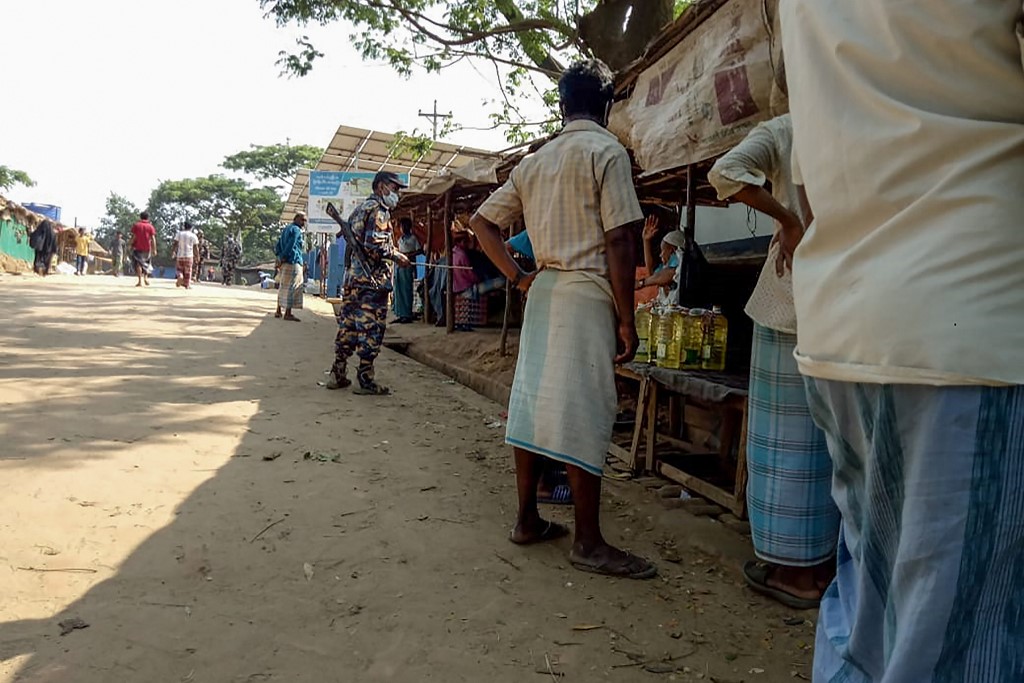 COX’S BAZAR, Bangladesh – Emergency teams raced on Friday, May 15, to prevent a coronavirus “nightmare” in the world’s largest refugee settlement after the first confirmed cases in a sprawling city of shacks housing nearly a million Rohingya.

There have long been warnings that the virus could race like wildfire through the cramped, sewage-soaked alleys of the network of 34 camps in the Cox’s Bazar district of south-east Bangladesh.

Most of the Muslim refugees have been there since around 750,000 fled a 2017 military offensive in neighbouring Myanmar for which its government faces genocide charges at the UN’s top court.

But the World Health Organization later said one case was a Rohingya man, and the other was a local man who lived near the camp and was being treated at a clinic inside the area.

WHO spokesman Catalin Bercaru told AFP that “rapid investigation teams” were being deployed and that the men’s contacts were being traced for quarantine and testing.

Local government official Mahfuzar Rahman said Friday an entire block in one camp, housing around 5,000 people, was shut off.

“We have locked down the block, barring anyone from entering or leaving their homes,” he said.

He said they were also trying to “contact-trace” people the infected person had met and they would all be brought to isolation centres set up in the camps.

In early April authorities had locked down the surrounding Cox’s Bazar district – home to 3.4 million people including the refugees – after a number of COVID-19 cases.

Bangladesh restricted traffic in and out of the camps and forced aid organizations to slash manpower by 80%.

The country of 160 million people is under lockdown and had seen a rapid rise in coronavirus cases in recent days, with almost 19,000 and 300 deaths as of late Thursday.

A senior US official who has visited the refugees said it was only a matter of time for the virus to reach.

“The refugee camp is incredibly crowded. The COVID virus will spread through there very rapidly,” said Sam Brownback, the ambassador-at-large for international religious freedom.

Shamim Jahan from Save the Children said “we are looking at the very real prospect that thousands of people may die from COVID-19”, with “no intensive care beds” in the camps.

Rights groups and others have also criticised for Bangladesh for cutting internet access in the camps, which authorities say is to combat drug trafficking and other alleged criminal activities.

The lack of internet access has meant that information is hard to come by and that rumours abound, for example that coronavirus is always fatal.

“Open communication is critical to promoting hygiene awareness and tracking the spread of the disease,” Sullivan said.

“I have been calling on the Bangladeshi government to give internet access. It just seems to me ludicrous that they’re not,” Brownback told reporters in Washington. – Rappler.com