Taliban claims bomb attack as it pushes for Afghan talks 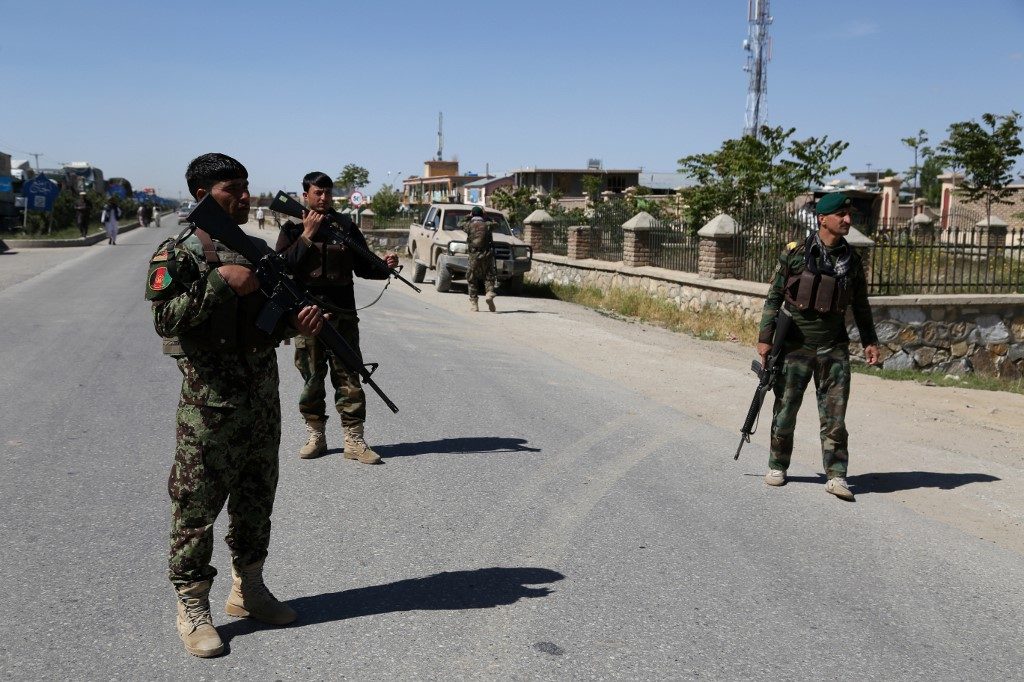 Facebook Twitter Copy URL
Copied
At least 7 intelligence personnel are killed by a car bomb in the eastern province of Ghazni, Afghanistan

GHAZNI, Afghanistan – The Taliban claimed a deadly attack on an Afghan intelligence agency post Monday, even as they urged the new power-sharing government to accelerate a prisoner swap to pave the way for talks.

At least 7 intelligence personnel were killed by a car bomb in the eastern province of Ghazni, Wahidullah Jumazada, spokesman for the province’s governor told AFP.

“The terrorists have used a humvee in their attack. They have targeted the National Directorate of Security unit in Ghazni city,” he said, adding that 40 people were wounded.

The interior ministry in Kabul and a health official in Ghazni also confirmed the car bomb.

Taliban spokesman Zabihullah Mujahid said on Twitter that its insurgents had carried out the attack.

The bombing comes a day after President Ashraf Ghani and his rival Abdullah Abdullah signed a new power-sharing accord in Kabul, ending their bitter months-long feud.

The agreement overcomes one of the hurdles to negotiations with the Taliban, which warned Monday that talks cannot open until a piecemeal prisoner swap is completed.

“That which is taking place in Kabul is only a repetition of the past failed experiences,” Suhail Shaheen, a Taliban spokesman, said on Twitter in what was the group’s first reaction to the Ghani-Abdullah deal.

“Afghan sides should focus on real and sincere solution to the issue… The prisoners’ release process should be completed and the intra-Afghan negotiations should start.”

A daylight raid on a Kabul hospital left at least 24 people dead, including mothers and infants.

That attack, which triggered international outrage, was followed by a suicide bombing at a funeral which killed at least 32 mourners.

The Taliban denied involvement in either attack, although Ghani blamed the militants and the Islamic State group.

Afghanistan has seen a rise in insurgent attacks since the Taliban signed an agreement with the US meant to pave the way for talks between the government and militants.

The United States, which wants to end its involvement in what has become its longest war, expressed hope that those talks could now move forward following the government’s political breakthrough.

The new power-sharing deal stipulates that Abdullah will lead the peace process and will fill 50 percent of the new cabinet positions.

Secretary of State Mike Pompeo told Ghani and Abdullah “that the priority for the United States remains a political settlement to end the conflict”, his spokeswoman said in a statement. – Rappler.com