Virus fears as India, Bangladesh evacuate millions to shelters ahead of cyclone 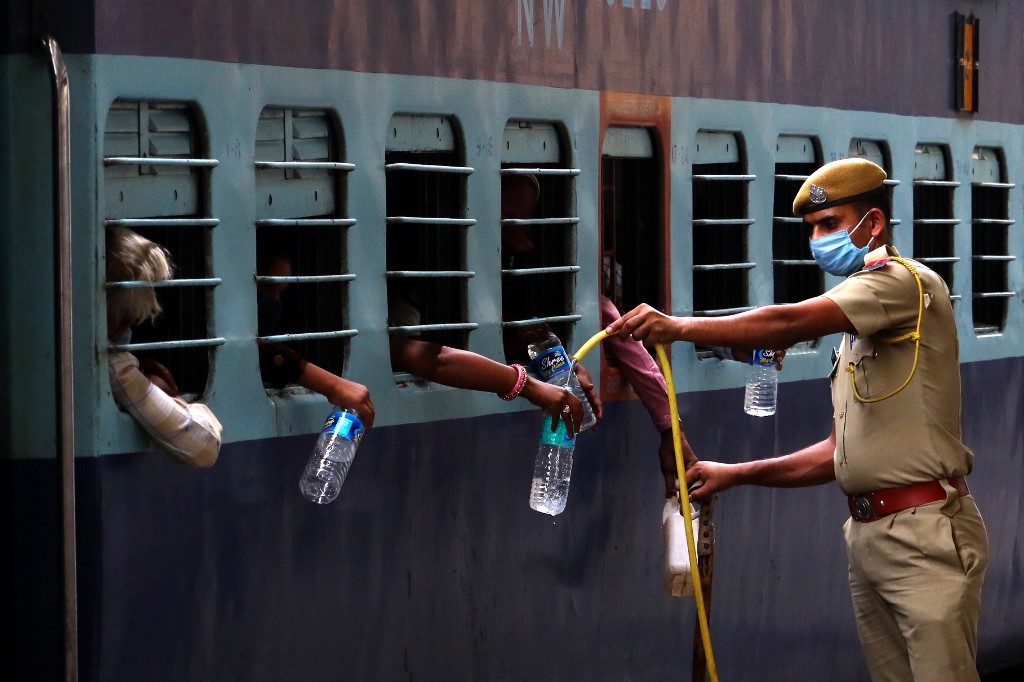 KOLKATA, India (UPDATED) – India and Bangladesh began evacuating more than two million people Monday, May 18, as a cyclone barreled towards their coasts, with officials racing to ready extra shelters amid fears of coronavirus contagion in cramped refuges.

Indian forecasters said Cyclone Amphan had reached winds of up to 240 kilometers (145 miles) per hour with gusts of 265 km/h over the Bay of Bengal late Monday, ahead of the expected landfall on Wednesday, May 20.

Bangladesh disaster management secretary Shah Kamal said more than 12,000 shelters, including 7,000 schools and colleges, were being readied to avoid crowding amid fears of the virus spreading.

Evacuees would be required to wear masks and encouraged to wear gloves while in the shelters, he added.

Up to two million residents from low-lying areas would be evacuated from Tuesday, May 19, he said, adding that they had capacity to shelter more than 5 million evacuees.

Amphan is expected to weaken before it hits India’s eastern states and the south and southwestern coasts of Bangladesh, but still pack winds of up to 175 km/h – making it a category 6 storm on India’s seven-level scale for tropical storms.

Bangladesh officials warned it could become the worst storm to hit the region since Cyclone Sidr in November 2007, which killed more than 3,000 people.

In India, more than 200,000 people in low-lying areas will be moved from their homes in West Bengal by Tuesday, state minister Manturam Phakira told AFP.

An official at the cyclone control room of India’s eastern Odisha state said shelters would be prepared for up to 1.1 million people, although the area is expected to escape the brunt of the storm and less than 10% of capacity would likely be used.

Bangladesh’s low-lying coast, home to 30 million people, and India’s east are regularly battered by cyclones that have claimed the lives of hundreds of thousands of people in recent decades.

While the storms’ frequency and intensity have increased – partly due to climate change – the death tolls have come down because of faster evacuations and the building of thousands of coastal shelters. – Rappler.com