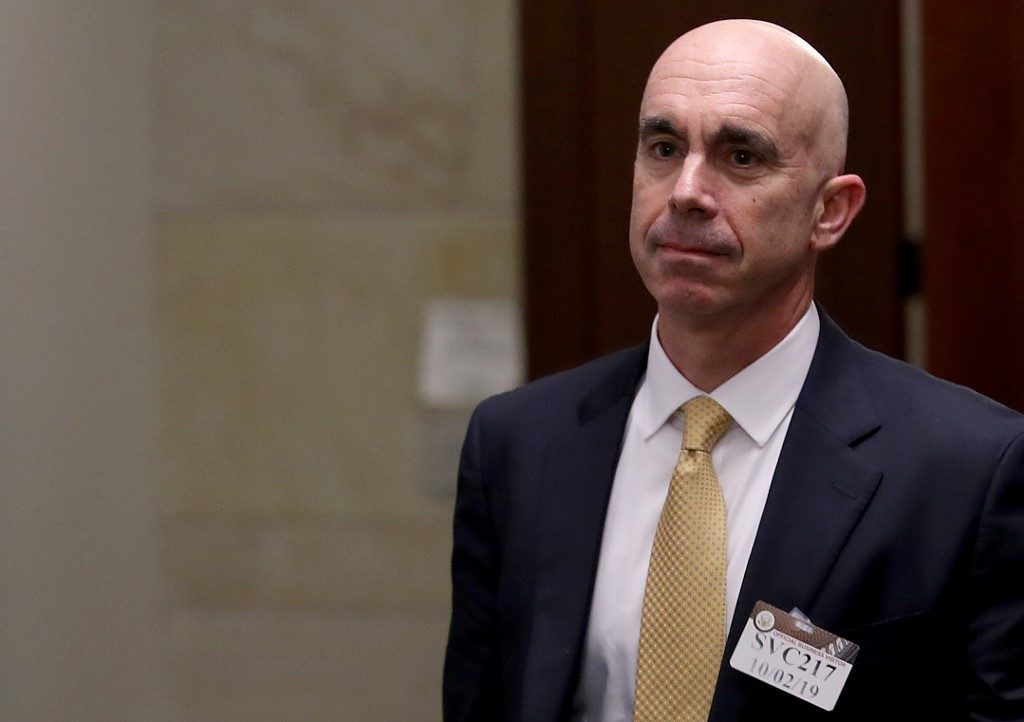 WASHINGTON, USA – US President Donald Trump said Monday, March 18, he was fully justified in firing an internal watchdog who was reportedly probing Secretary of State Mike Pompeo over alleged misuse of staff as well as an arms deal with Saudi Arabia.

The sacked inspector general, Steve Linick, was investigating in part whether Pompeo ordered a government employee to walk his dog, pick up dry-cleaning and make dinner reservations, a Democratic congressional aide said.

Trump acknowledged he fired Linick late Friday at Pompeo’s behest and said he did not know the reason – but scoffed when reporters told him of the purported probe.

“Here’s a man supposed to be negotiating war and peace with major, major countries with weaponry like the world has never seen before,” Trump said of Pompeo.

“And the Democrats and the fake news media, they are interested in a man who is walking their dog,” he said.

“I’d rather have him on the phone with some world leader than have him wash dishes because maybe his wife isn’t there.”

Trump said he had an “absolute right” to remove Linick because he was appointed by former president Barack Obama.

Pompeo similarly defended the firing, telling The Washington Post that presidential appointees can be removed “for any reason or no reason.”

Pompeo accused Linick of “undermining” the State Department’s mission but did not give details and insisted he was unaware of a probe against him.

Brian Bulatao, the State Department’s undersecretary for management who is a longtime associate of Pompeo, told the newspaper there were concerns about leaks coming out of the inspector general’s office.

Democratic lawmakers, as well as some Republicans, have voiced unease over the firing, the fourth time since the beginning of April that Trump has moved to sack an official tasked with monitoring governmental misconduct.

House Speaker Nancy Pelosi, in a letter to Trump, said he was legally obligated to give a rationale within 30 days on why Linick was removed.

“This removal is part of a pattern of undermining the integrity of the inspectors general and therefore our government,” Pelosi said.

Pompeo said in May 2019 there was a state of emergency with Iran, allowing the Trump administration to bypass Congress and sell $8.1 billion in arms to Saudi Arabia and other Arab allies.

The move infuriated lawmakers, who had tried to block the sale on the grounds that the weapons were killing civilians in Yemen, which Saudi Arabia has intensely bombed as it fights Huthi rebels linked to Iran.

Robert Menendez, who heads the Senate Foreign Relations Committee, on Monday proposed legislation that would limit the removal of inspectors general to demonstrated causes such as misuse of funds and require that any replacements be career officials.

In what may have been an initial, defiant reaction to the complaints, Pompeo on Sunday posted a picture of himself on social media, sitting on a porch stoop in a blue polo shirt, cuddling his family’s new puppy.

In many countries, few would be surprised that staff assist senior government officials in personal tasks but the US system prides itself on transparency.

In a cabinet of millionaires and billionaires, led by tycoon Trump, Pompeo comes from a comparatively modest background and has cast himself as a middle-class voice from the American Heartland.

Pompeo has raised eyebrows by bringing his wife on his global travel. He has also recently succeeded in pushing US foreign policy sharply to the right.

He was a leading proponent of a drone strike that killed a top Iranian general and has promoted a theory, discounted by mainstream scientists, that the COVID-19 pandemic originated in a Chinese laboratory.

Linick, a veteran prosecutor, was appointed in 2013 by Obama but also criticized former secretary of state Hillary Clinton for using a personal email account to handle official business – an issue seized on by Trump as he defeated Clinton in the presidential race.

Pompeo himself is familiar with congressional probes of the secretary of state. He made his name as a congressman with his strident attacks on Clinton over the deaths of 4 Americans in an Islamist extremist attack in Benghazi, Libya. – Rappler.com