Hong Kong to adopt security law ‘as soon as possible’ 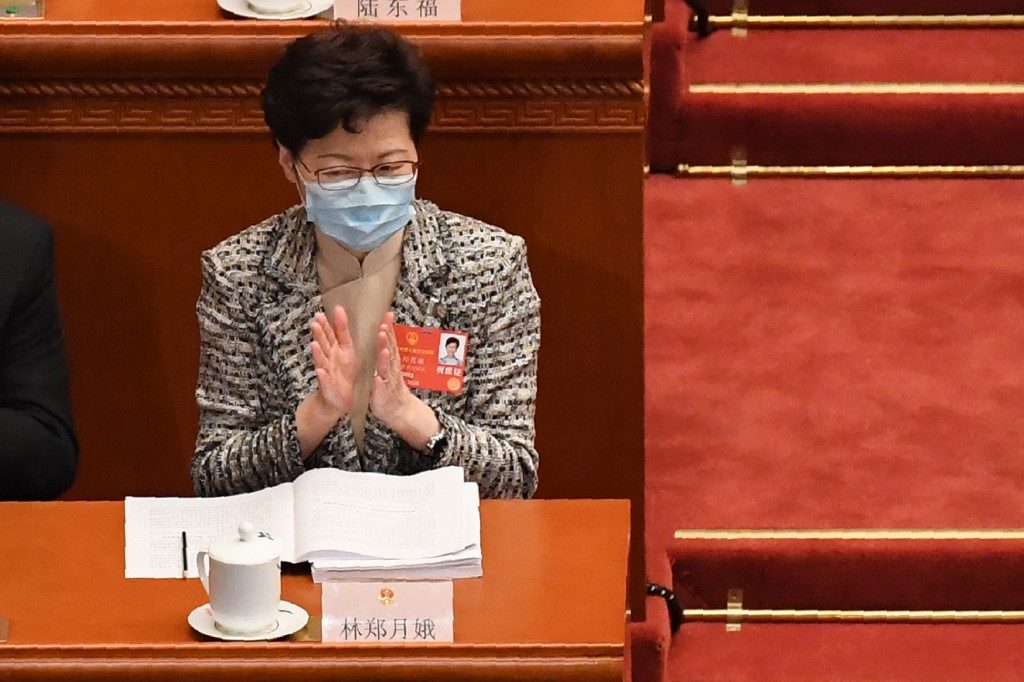 BEIJING, China – Hong Kong’s leader vowed Friday, May 22, to “fully cooperate” with Beijing over a national security law for the semi-autonomous Chinese territory, after lawmakers introduced a draft proposal to the country’s parliament.

The plan for the law was unveiled during the opening session of China’s annual National People’s Congress on Friday and follows 7 months of fierce protests in Hong Kong last year against Beijing’s rule.

The draft said the security law would “guard against, stop and punish any separatism, subversion of the national regime, terrorist group activities and such behaviours that seriously harm national security.”

Hong Kong’s embattled leader Carrie Lam said in a statement that the local government will “complete the legislation as soon as possible to discharge its responsibility.”

Lam said she “firmly” believed the law was aimed at “effectively preventing and curbing actions that seriously endanger national security.”

Her statement added that the legislation would “punish ‘Hong Kong independence’ and violent political elements.”

The leader said the mass pro-democracy protests that rocked the Asian financial hub had “seriously undermined relations between the Chinese central government and the Hong Kong government, harmed national security and sovereignty, and challenged central authorities.”

The draft proposal will be debated by China’s top leaders, although in practice proposals at the rubber-stamp parliament are usually agreed in advance.

Lam said the proposed law would not affect the rights and freedoms of Hong Kongers or the independence of the judiciary.

She also said it would not replace Article 23 of Hong Kong’s Basic Law, the city’s mini-constitution, which requires the local government to enact its own legislation on national security separate from Beijing.

Beijing batted away international criticism over the plan on Friday, including from the United States.

“China’s…resolve to oppose any interference in Hong Kong affairs by any foreign power is unshakable,” said foreign ministry spokesman Zhao Lijian at a press briefing.

The State Council’s Hong Kong and Macau Affairs Office, Beijing’s top-level body overseeing the city, said the law would “build a firm institutional foundation for the stability and longevity of ‘One Country, Two Systems’.”

“Upholding national security is the core of the ‘One Country, Two Systems’ principle,” a spokesman for the office said, referring to the handover agreement that has given Hong Kong a limited form of autonomy since returning from British to Chinese rule in 1997.