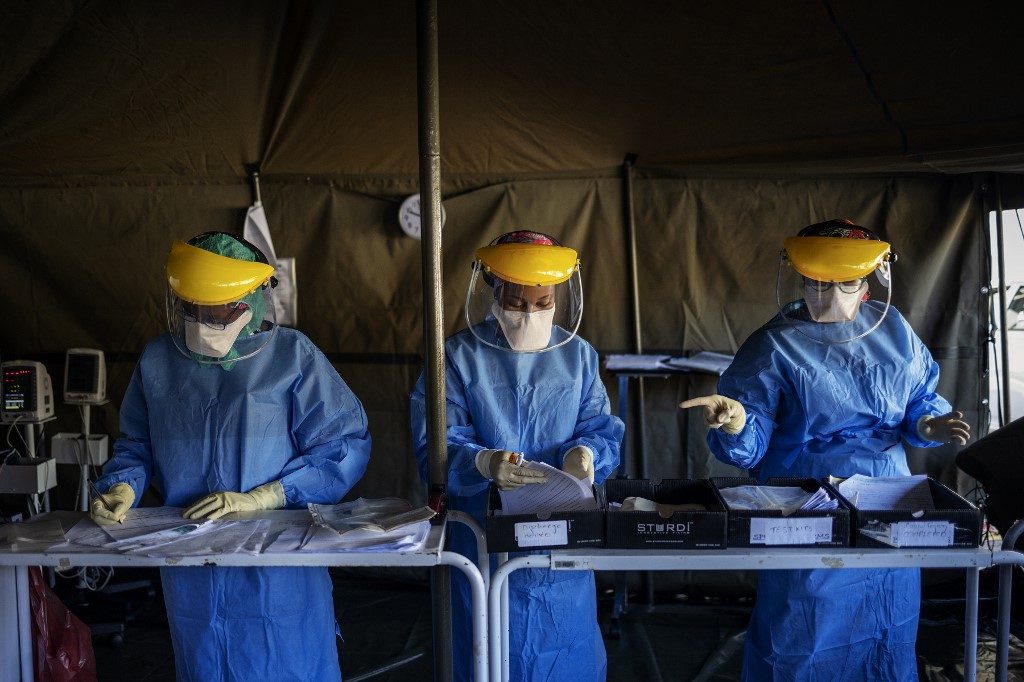 Facebook Twitter Copy URL
Copied
The virus spreads to every country in the continent, with the highest death tolls occurring in countries in northern Africa

PARIS, France – Africa has now recorded more than 100,000 cases of coronavirus, according to an Agence France-Presse tally drawn from official figures on Friday, May 23.

Experts warn that Africa’s figures are likely to underestimate the true scale of the pandemic there, due to lack of testing capacity.

The World Health Organization (WHO), as it announced the 100,000 mark had been reached, said the virus had spread to every country in the continent since the first case was confirmed 14 weeks ago.

The WHO said the disease seemed to be on a different pathway in Africa than in other continents.

Case numbers have not grown at the same exponential rate as elsewhere and so far, Africa has not experienced the high mortality seen in some parts of the world.

“For now, COVID-19 has made a soft landfall in Africa, and the continent has been spared the high numbers of deaths which have devastated other regions of the world,” said Dr Matshidiso Moeti, the WHO’s Africa regional director.

“It is possible our youth dividend is paying off and leading to fewer deaths. But we must not be lulled into complacency as our health systems are fragile and are less able to cope with a sudden increase in cases.”

Older adults have a significantly increased risk of developing a severe illness – in Europe nearly 95% of deaths occurred in those aged 60 and over – while in Africa more than 60% of the population are aged under 25.

WHO emergencies chief Michael Ryan told a virtual news conference in Geneva that the low number of deaths was “really welcome, and it is a credit to the systems and countries that they are picking up cases and are able to treat.”

The Irish epidemiologist said that the picture was varied across Africa, with some countries recording a big rise in cases, and others relatively stable.

However, despite the patchy spread and relatively low death toll, the UN health agency still believes that the pandemic poses a “major threat” to the continent.

WHO modeling predicts that if containment measures fail, even with a lower number of cases requiring hospital treatment than elsewhere, the medical capacity in much of Africa would be overwhelmed.

The low death toll “doesn’t in any way reduce the chance that the disease will spread, and within Africa are many, many highly vulnerable groups,” Ryan said.

“We don’t know what the impact of this will be in undernourished children with chronic malnutrition… (or) in overcrowded refugee camps.

“There are significant gaps in capacity in African countries for intensive care, for the ability to deliver medical oxygen, ventilation,” he added.

The WHO said around 1.5 million COVID-19 tests had been conducted so far in Africa, but testing rates remained low and many countries would need support to scale up their testing.

About half of the countries in Africa are experiencing community transmission, while more than 3,400 health care workers have been infected. – Rappler.com