[OPINION] A crossroads for Meralco

May 23, 2020 6:51 PM PHT
Tony La Viña
Facebook Twitter Copy URL
Copied
'As a private company, Meralco is accountable to its customers, who pay expecting reliable service. But that unfortunately has not been the case.' 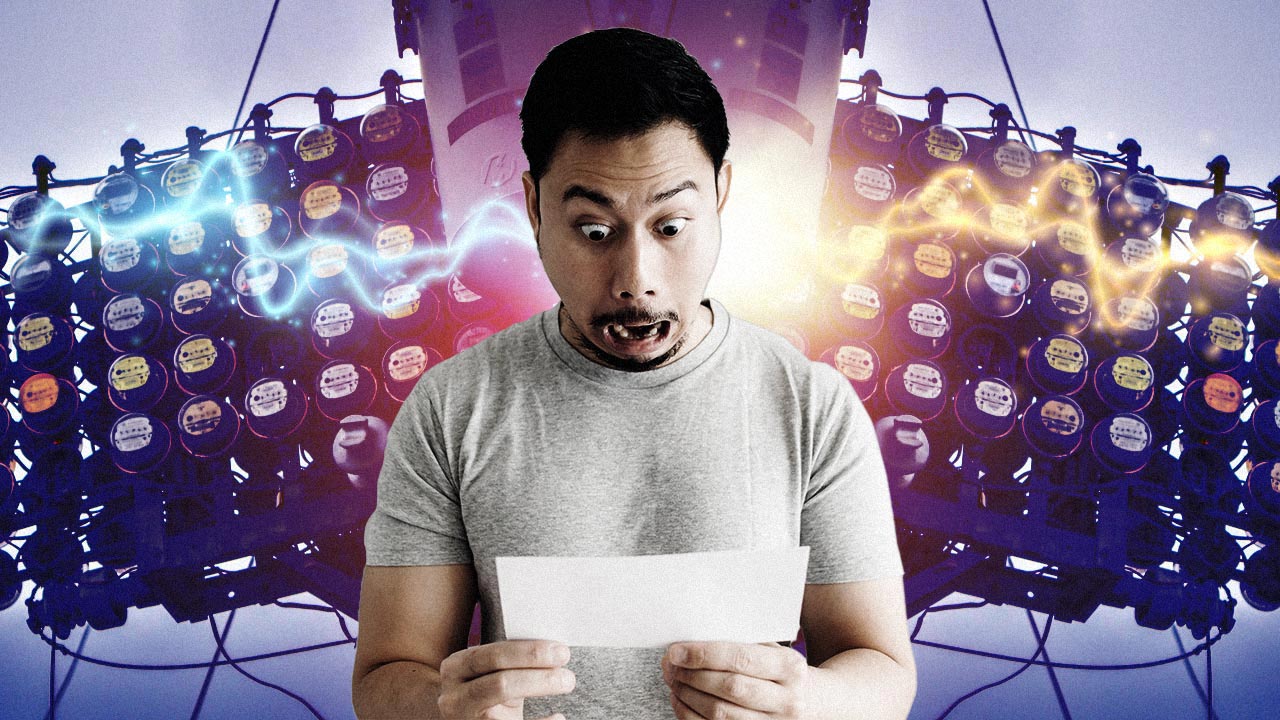 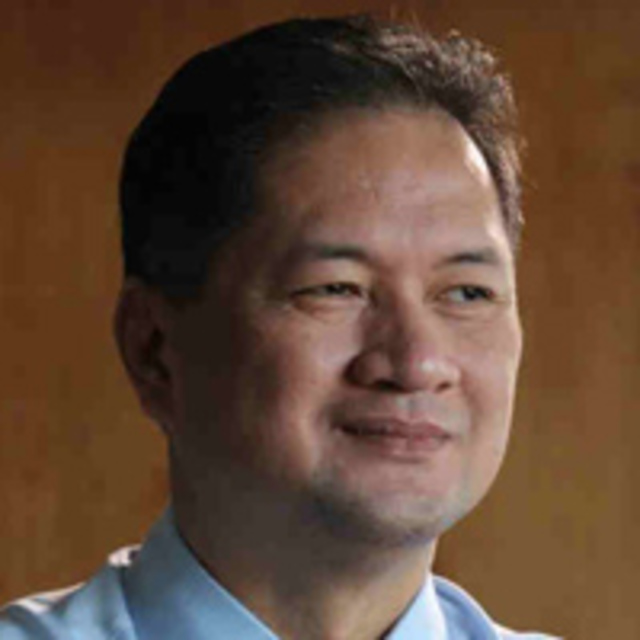 Like many electricity consumers of Metro Manila, I am dreading the arrival of our latest bill from the Manila Electric Company (Meralco). We have heard horror stories of questionably high electricity bills from fellow customers. In some places, service has also been spotty – with households and neighborhoods experiencing repeated instances of power outages.

This Tuesday, May 26, 2020, Meralco will be holding its Annual Stockholders Meeting (ASM) virtually. As issues surrounding their operations continue to serve as a PR disaster, the company is being pressured to make amendments to appease consumers’ concerns and better its services. The ASM is thus a timely opportunity to demand corporate accountability, remind Meralco of its role in the country’s energy transformation, and lay down the vision for a sustainable, people-centered energy sector.

As a private company, Meralco is accountable to its customers, who pay expecting reliable service. But that unfortunately has not been the case. (READ: DOE orders Meralco to explain P47 fee for paying bills online)

In the Joint Congressional Energy Commission hearing held last Friday, May 23, the Power for People Coalition voiced several concerns over Meralco’s unreliable service during the ECQ. First, Meralco’s actions during the ECQ has failed to serve the interests of consumers. Per Sec. 3.5.4 of the Distribution Services and Open Access Rules (DSOAR), in the event of a force majeure, Meralco may estimate bills only if the meters fail to register the customers’ consumption. Otherwise, the meter reading must be done immediately after the force majeure. Meralco did not establish that their meters were defective. Billing should have been delayed until meter reading was possible.

Compliance to ERC advisories released on April 15 and May 5 is questionable, says the Coalition.  Meralco was mandated to amortize the cumulative amount of an electricity bill whose due date falls within ECQ in 4 equal monthly installments, payable in the 4 succeeding months after the end of the ECQ. The amount should be specified as a separate item in the consumers’ bill. No such item was included. The word “ESTIMATE” should have been clearly written on the consumer bill when estimating usage. Instead, it was placed on the back page of the bill in fine print.

Finally, the Power for People Coalition points out that Meralco also failed to supply sufficient electricity, with 52 reported tripping events in the period of May 6-11 alone, 6 of which were sustained interruptions affecting 137,713 consumers. It blames hot weather, kite flying, and rising electricity consumption among households for these incidents, but the occurrence of outages even in the absence of the demand from large consumers such as malls point to the fact that Meralco’s grid and facilities are substandard.

These actions of Meralco are not isolated, but in fact are reflective of a pattern of overcharging and then prolonging the return of refundable amounts to consumers. It benefits the company as it is able to profit from and include large amounts of consumers’ money in its cash flow. But consumers are disadvantaged.

The issue of refunds should also be highlighted as these can greatly assist consumers whose livelihoods are affected by the ECQ. According to the People for Power Coalition, Meralco’s unpaid refunds, including interest, since 2003, amounts now to P19.126 billion.

On Meralco’s role in energy transformation

As a distribution utility, Meralco is able to choose the sources of the electricity it supplies to consumers. It is in a position to advance renewable energy. Last year, Meralco’s then newly appointed President and CEO Ray C. Espinosa said that Meralco is committed to “keeping environmental stewardship and sustainability as top priorities in our business,” promising 1,000 MW of new green energy projects. This promise has yet to come to life and up to now the opposite is true.

Instead of Meralco being a leader in transforming the energy sector, its recent history shows a preference for dirty energy from coal and fossil fuels. For example, it was the proponent of 7 coal Power Supply Agreements (PSA), often called “sweetheart deals” as the applications made were with the company’s own sister companies, amounting to 3.5 GW of coal. These were denied by the Supreme Court Decision of 2019, which mandated all PSAs to undergo the Competitive Selection Process. Yet in its 6 new PSAs that are now under application for approval at the ERC, 1,490 MW of a total of 1,700 MW will still be sourced from fossil fuels (less than 640 MW coal, 960 MW gas). (READ: Meralco denies ‘midnight deals’ with ERC on 7 coal power plants)

In addition, MGen, Meralco’s power generation arm, through Atimonan 1 Energy is a proponent of one of the biggest coal power projects in the pipeline – the 1,200 MW coal-fired power plant in Atimonan, Quezon.

Its ASM is an opportune time for Meralco to make a decisive action – would it maintain its business-as-usual policy and in turn expect mounting opposition from consumers, or would it finally recognize its critical role in the country’s energy transformation? If it chooses the latter, a good start is to resolve to adopt a bidding process more competitive for renewable energy producers and to develop a coal divestment plan for MGen.

Meralco’s actions have pointed to the limitations and protection of corporate interests in a privatized energy sector. Revisiting the discussion on the need to review and overhaul the Electric Power Industry Reform Act (EPIRA) is timely.

Among others, a decentralized power system is the best solution for problems that we have encountered with a company like Meralco. Microgrids (in both urban and missionary areas) will allow each home to reduce its dependence on the grid and contribute energy back to the grid.

It would also effectively lessen Meralco’s hold on the power industry as a monopoly and reduce incentives for overcharging consumers. Towards this end, JCEC Chairman Sherwin Gatchalian’s proposed Microgrid Systems Bill, which seeks to spur microgrid development in unserved and underserved areas nationwide, could be expanded to also include franchised areas.

Part and parcel of the demand for a new normal after the ECQ and in the recovery period from the coronavirus pandemic should be the demand for clean energy. Renewable energy is abundant in the Philippines, with a national RE potential of at least 250 GW excluding solar.

Fully tapping into this would improve access to electricity and would lessen the vulnerability of the price of electricity to fluctuations in coal supply and demand. Renewables are the only sources of energy compatible to climate and ecological imperatives. In contrast, coal power causes sickness and makes people sick while contributing to, accelerating, and aggravating the global climate emergency.

Manila Electric Railroad And Light Company, which was Meralco’s original name, has a long, one can even say glorious, history.  Established in 1902, it is now the biggest electricity distributor in the Philippines. In 1930, Meralco built the Philippine’s first hydroelectric power plant, the 23MW Botocan Hydro Station. In 1962, Meralco became the  first major American enterprise to be Filipinized when a group led by Eugenio Lopez Sr took over the company. By 1969, Meralco became the very first billion-peso company in the Philippines.

Meralco has always been a forward-looking company. It is now at a crossroads and its stockholders must decide to go forward to a better future – more transparent and fair to its customers, ensuring a just and sustainable transition to renewable energy. – Rappler.com