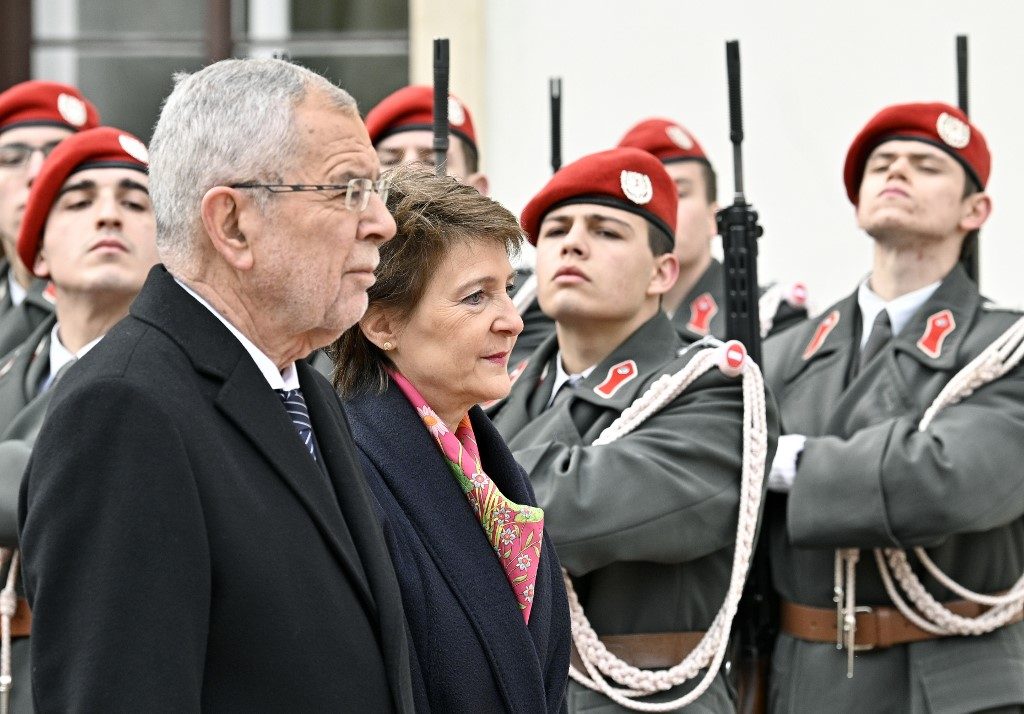 Facebook Twitter Copy URL
Copied
'I went out for the first time since the lockdown with two friends and my wife,' Van der Bellen tweets Sunday, adding: 'We then lost track of time while chatting.'

VIENNA, Austria – Austrian President Alexander Van der Bellen apologized on Sunday after staying at a restaurant past the 11 pm closing time mandated by the government as part of its anti-coronavirus measures.

“I went out for the first time since the lockdown with two friends and my wife,” Van der Bellen tweeted on Sunday, May 24, adding: “We then lost track of time while chatting.

His tweet thread linked to an article in the Kurier newspaper according to which a police patrol found the president and his wife on the terrace of an Italian restaurant in central Vienna shortly after midnight on Sunday morning.

Austria went into a relatively early and strict lockdown to combat the novel coronavirus in mid-March but has been progressively lifting restrictions since mid-April while infection numbers have stayed low.

Last week restaurants and cafes were allowed to re-open but have to follow a suite of new rules, one of which is the 11 pm closing time.

The owner of the restaurant in question told the Krone newspaper that he believed he had followed the rules by stopping service at 11 pm but that he thought customers were allowed to stay on the terrace past that time if they wished.

The restaurant could potentially be fined for a breach of the new restrictions and Van der Bellen says he will “take responsibility” if the restaurant owner suffers any losses as result of the incident.

Austria’s population of 8.8 million people have been spared the worst of the pandemic so far with 640 deaths out of 16,453 registered cases as of Sunday. – Rappler.com