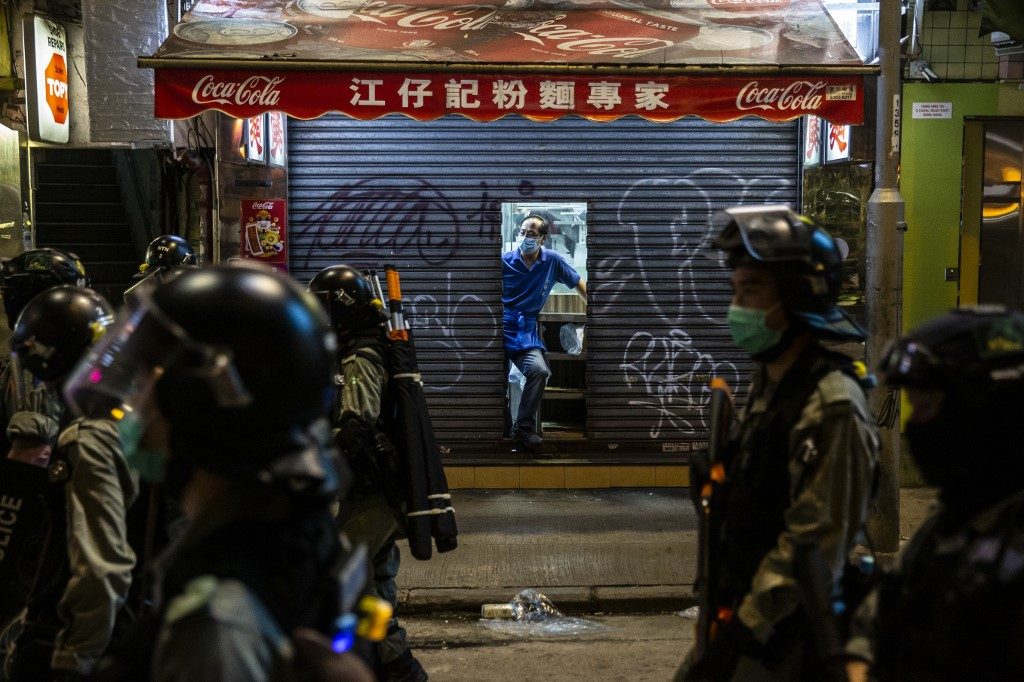 HONG KONG – Hong Kong’s security chief on Monday, May 25, welcomed China’s plans to impose a national security law on the financial hub, saying it was needed to defeat “terrorism” and calls for independence.

Many Hongkongers fear the proposal could spell the end of the city’s treasured freedoms and thousands took to the streets on Sunday, May 24, despite a ban on mass gatherings introduced to combat coronavirus.

“Terrorism is growing in the city and activities which harm national security, such as ‘Hong Kong independence’, become more rampant,” security minister John Lee said in a statement welcoming the planned law.

The statement was part of a flurry of coordinated messages from the city’s different security services embracing the law, which will be written in Beijing and not go through semi-autonomous Hong Kong’s legislature.

Police chief Chris Tang cited 14 recent cases where explosives had been seized and said the new law would “help combat the force of ‘Hong Kong independence’ and restore social order.”

China has portrayed Hong Kong’s protests as a foreign-backed plot to destabilize the motherland.

Hong Kong enjoys liberties unseen on the Chinese mainland, as well as its own legal system and trade status.

Campaigners view the security law proposal as the most brazen move yet by Beijing to end free speech.

Of particular concern is a provision allowing Chinese security agents to operate in Hong Kong, with fears it could spark a crackdown against those voicing dissent against the mainland’s communist rulers.

On the mainland, subversion laws are routinely wielded against critics to impose lengthy jail sentences via party-controlled courts.

Last year’s protests were initially sparked by plans to allow extraditions to the mainland but soon snowballed into a popular revolt against Beijing and the city’s police force.

Beijing and Hong Kong’s government have dismissed protester demands for an inquiry into the police, amnesty for the 8,500 people arrested and universal suffrage.

The comments from Hong Kong’s security chief came as a video of protesters beating a lawyer was seized on by China’s state media.

The assault took place during Sunday’s rally which was broken up by police, who fired tear gas and water cannon in the most intense clashes for months.

Video shot Sunday showed a man with blood on his face scrambling to escape some half a dozen protesters who were kicking and hitting him with umbrellas.

The Law Society said the victim was a member, and that he had been taken to hospital.

Local media said the man had argued with protesters as they set up roadblocks.

During last year’s huge pro-democracy protests, beatings were common on both sides of the political divide.

Videos of pro-democracy protesters attacking opponents have been seized on by Beijing to portray them as violent radicals.

Hu Xijin, editor-in-chief of the nationalist tabloid Global Times, posted the video of Sunday’s assault on Twitter – a platform banned in mainland China.

“Let’s see what the Washington-backed Hong Kong democracy really looks like,” he wrote.