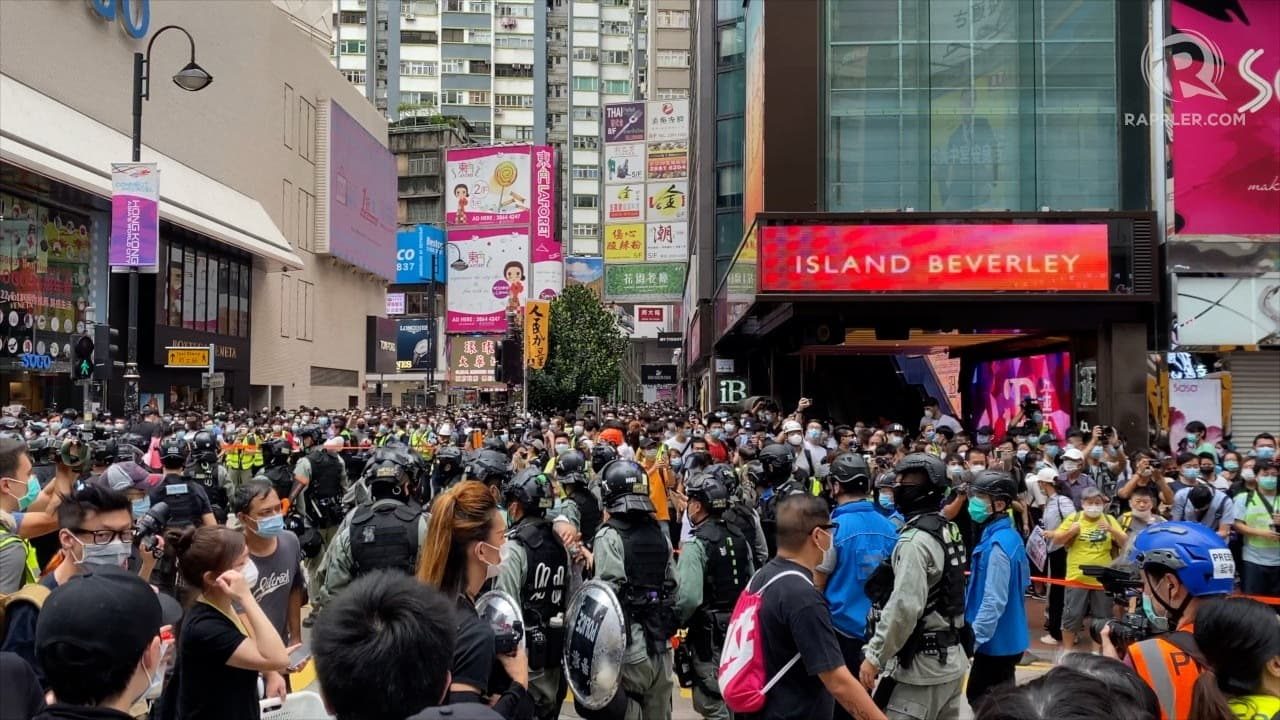 HONG KONG – It was a game of cat and mouse all over again between pro-democracy protesters and the police last Sunday, March 24, in what is turning out to be a repeat of last year’s intense street battles.

Only the law in question has change – this time it’s China’s proposed National Security Law.

The legislation will ban treason, subversion, and sedition – seen as Beijing’s reaction to months of massive and violent protests last year against the much-hated extradition bill.

The momentum of protests ground to a halt as the pandemic spread in the first quarter of 2020, but the new law – seen as a violation of the one country, two systems agreement – revived the fervor.

Around 200 were detained during small rallies earlier this month.