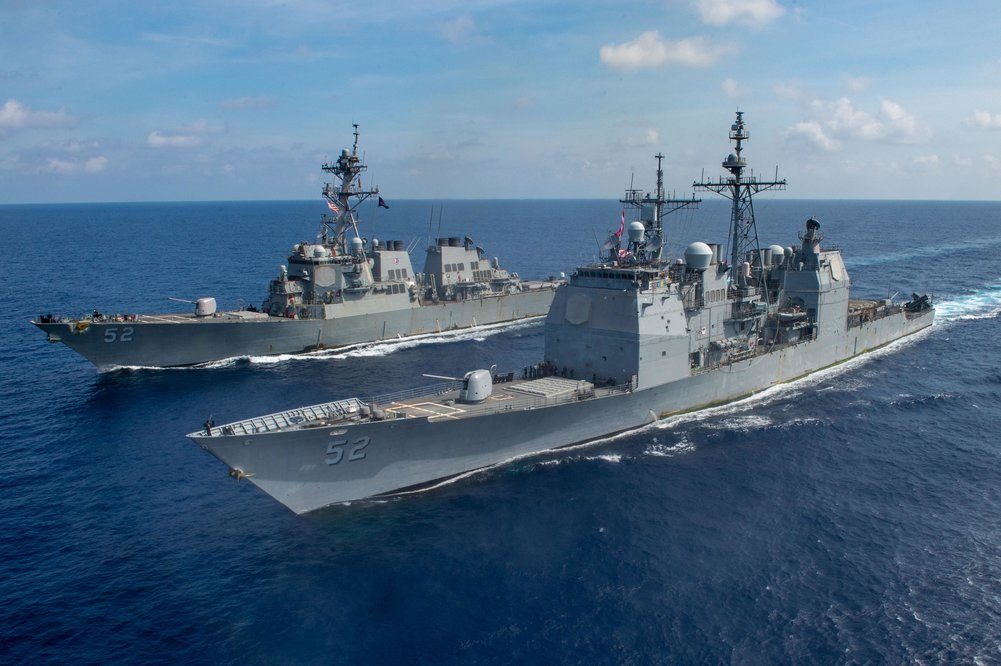 MANILA, Philippines – The United States has added its weight to Southeast Asian countries’ recent oppositions against China’s claims in the South China Sea, as it rejected Beijing’s “excessive” claims and urged it to comply with the landmark 2016 Hague ruling.

The United States asserted its position in a note verbale addressed to United Nations Secretary General António Guterres on June 1, where it hit China’s “provocative” activities in the strategic waters.

“The United States again urges China to conform its maritime claims to international law as reflected in the Convention; to comply with the Tribunal’s July 12, 2016 decision; and to cease its provocative activities in the South China Sea,” it added.

The note is the latest in a flurry of communications filed by Southeast Asian countries against a series of circular notes filed by Being in relation to Malaysia’s application to define the limits of its extended continent shelf.

While the US filed the note within the ambit of Malaysia’s application, it said the communication only concerned China’s position on its maritime claims “and does not comment on Malaysia’s submission.”

What the US rejects: Specifically, the US “objected to China’s claim to ‘historic rights’ in the South China Sea,” and noted the historic arbitral ruling the Philippines won against China ruled it was “incompatible” with the United Nations Convention on the Law of the Sea (UNCLOS).

“The United States notes in this regard that the Tribunal unanimously concluded in its ruling – which is final and binding on China and the Philippines under Article 296 of the Convention – that China’s claim to historic rights is incompatible with the Convention to the extent it exceeds the limits of China’s possible maritime zones as specifically provided for in the Convention,” the US said.

The US also reiterated its position that China “cannot claim baselines or internal waters between dispersed islands in the South China Sea,” nor could Beijing “claim maritime zones derived from treating island groups…as a collective.”

Aside from this, the US objected China’s claims to maritime entitlements based on underwater features or low tide elevations as though they were land. It added this was case for “entirely submerged features like Macclesfield Bank or James Shoal, or features like Mischief Reef and Second Thomas Shoal, which in their natural state are low-tide elevations.”

“These positions are consistent with the decision of the Tribunal in the South China Sea Arbitration,” it said.

Why this matters. The US’ note verbale follows the Philippines,’ Vietnam’s, and Indonesia’s recent objections to China’s claims in the South China Sea.

Like the US, Indonesia invoked the arbitral ruling that asserted the Philippines rights in the West Philippine Sea and struck down as illegal China’s purported 9-dash line that eats up virtually the entire sea.

Retired Philippine Supreme Court associate justice Antonio Carpio and internationally-renowned lawyer Paul Reichler had pointed out efforts by countries to invoke the ruling and call out China’s expansive claims was one of the best way to enforce the award.

Carpio, who had played a pivotal role in the Philippines’ case, said the ruling was likewise the “best and most effective argument under international law to thwart China’s encroachment” of Southeast Asian countries’ exclusive waters.

Experts, meanwhile, have urged Southeast Asian states to continue this trend and rally behind the 2016 Hague ruling as a way to unite and push back against China’s aggression in the South China Sea, which continued to take place despite the coronavirus pandemic. – Rappler.com