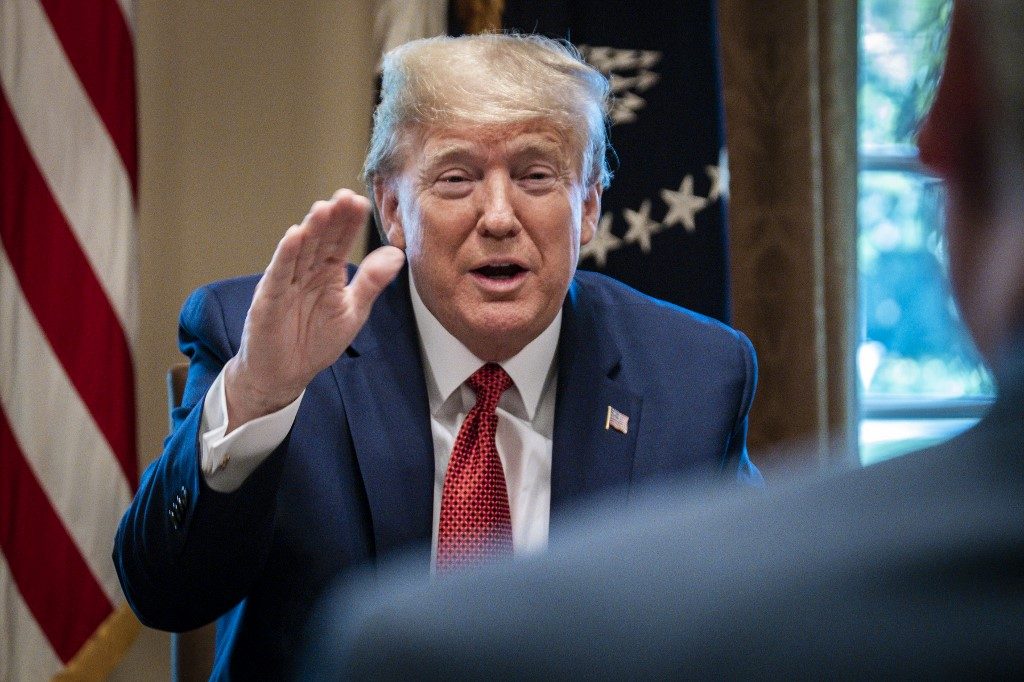 Facebook Twitter Copy URL
Copied
The 'Make America Great Again' rally in Tulsa, Oklahoma had been due to mark Trump's return to the campaign trail, but he says on Twitter the event is postponed 'out of respect' for the June 19 'Juneteenth' holiday

WASHINGTON, DC, USA – Donald Trump has postponed a controversial rally scheduled for the same day as a holiday commemorating the end of slavery in the US, following fierce criticism, he announced Friday, June 12.

The “Make America Great Again” rally in Tulsa, Oklahoma had been due to mark Trump’s return to the campaign trail, but he said on Twitter the event had been postponed “out of respect” for the June 19 “Juneteenth” holiday.

…of respect for this Holiday, and in observance of this important occasion and all that it represents. I have therefore decided to move our rally to Saturday, June 20th, in order to honor their requests…

Critics had slammed Trump’s choice of Tulsa – the site of one of the worst race riots in US history – as anti-racism protests sweep the country following the death of George Floyd in police custody.

The Republican billionaire announced on Wednesday that he would resume his campaign rallies in four states – Oklahoma, Florida, Arizona and North Carolina – despite the coronavirus pandemic that continues to rage in the US.

Raucous rallies have been a hallmark of Trump’s presidency and a key to energizing his base, which he hopes will turn out in big numbers on November 3. He is currently lagging in the polls against Democrat Joe Biden.

Job approval for the president is also down after his response to the coronavirus pandemic and the recent turmoil over police brutality, sparked by Floyd’s death during his arrest in Minneapolis.

Although the coronavirus remains a threat, his campaign now feels that the crowds at daily street protests have lifted the political pressure on Trump to avoid large gatherings of his own.

Trump supporters must however sign a waiver promising not to sue if they catch COVID-19 at the event, according to his campaign website. – Rappler.com