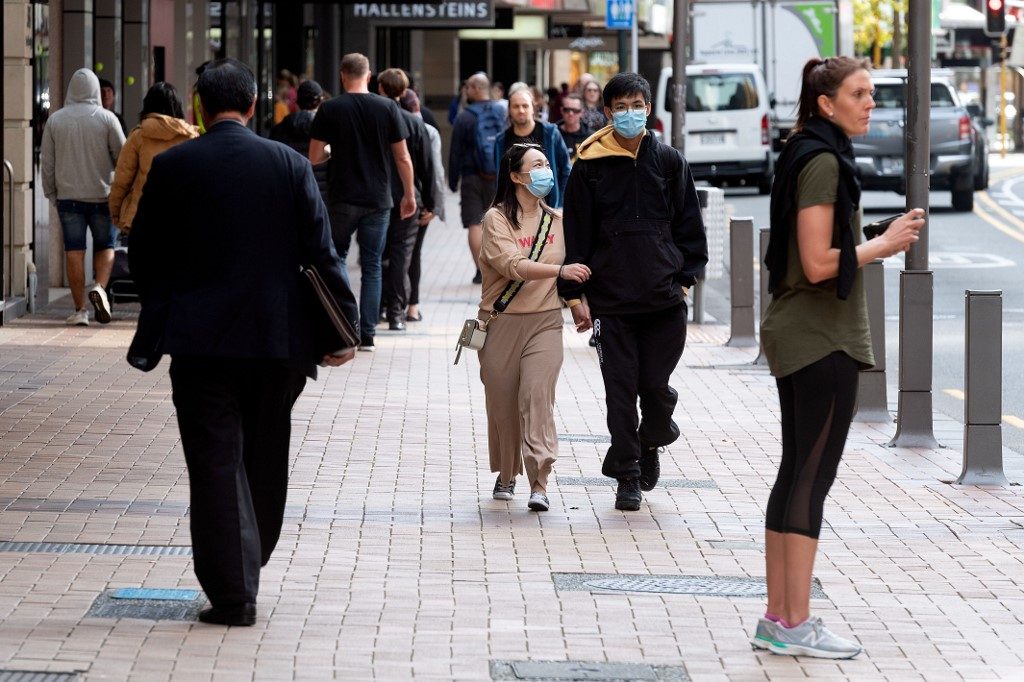 WELLINGTON, New Zealand (UPDATED) – New Zealand reported its first new cases of coronavirus in almost a month on Tuesday, June 16, when two recent arrivals from Britain tested positive after being released early from quarantine to visit a dying relative.

The South Pacific nation, which has recorded only 22 deaths among a population of 5 million, declared last week it had eliminated community COVID-19 transmission – allowing it to relax social distancing measures and rely on strict border controls.

One of the two women – who travelled from Britain via Doha and Brisbane – showed mild symptoms after landing at Auckland airport on June 7, but her symptoms were ascribed to a pre-existing condition, local media reported.

The pair were allowed to leave two-week isolation early on June 13 on compassionate grounds and drove by car to Wellington, making contact with no one on the way, health department director-general Ashley Bloomfield said.

He said they tested positive after arriving in Wellington and were in isolation, along with the only relative they had contact with in the capital.

Officials immediately began tracking anyone that came in contact with the pair, aged in their 30s and 40s.

Bloomfield said he was not fearful the cases could lead to a fresh outbreak because systems were in place to trace their movements.

“A new case is something we hoped we wouldn’t get, but it’s also something we expected and have planned for,” he told reporters.

Contract tracing teams were testing air crews and passengers, airport staffers, and hotel employees to ensure they were COVID-free.

He said that as a result of the case rules had been tightened to ensure people were only allowed out of quarantine on compassionate grounds after testing negative.

New Zealand’s borders are open only to returning Kiwis and their families, besides some exceptions for business and compassionate grounds.

As a result, domestic restrictions including social distancing requirements and limits on public gatherings were lifted, although strict border controls remain.

Prime Minister Jacinda Ardern said on Monday she had not declared the country virus-free because “New Zealand will have cases again in the future”.

“Of course, our hope and expectation is that should be at the border… if they’ve quarantined, of course, that’s a very different story than in the community”. – Rappler.com