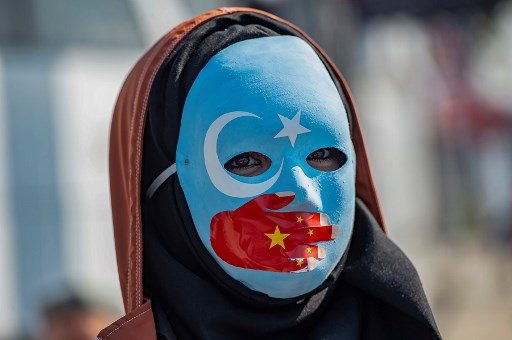 WASHINGTON, DC, USA – US President Donald Trump on Wednesday, June 17, signed into law an act that authorizes sanctions against Chinese officials over the mass incarceration of Uighur Muslims.

Trump was widely expected to sign the Uighur Human Rights Act, which passed Congress almost unanimously amid wide outrage over China’s treatment of the minority.

“The Act holds accountable perpetrators of human rights violations and abuses such as the systematic use of indoctrination camps, forced labor and intrusive surveillance to eradicate the ethnic identity and religious beliefs of Uyghurs and other minorities in China,” Trump said in a statement.

The legislation requires the US administration to determine which Chinese officials are responsible for the “arbitrary detention, torture, and harassment” of Uighurs and other minorities.

The United States would then freeze any assets the officials hold in the world’s largest economy and ban their entry into the country.

Trump, while signing the act, objected to a technical aspect of the legislation on his powers as president to terminate sanctions on individuals.

Activists say China has rounded up at least one million Uighurs and other Turkic Muslims and is forcibly homogenizing them in a brainwashing campaign with few modern precedents. (READ: Uighur researchers say China running more camps than known)

Beijing counters that it is running vocational educational centers that offer an alternative to Islamic extremism.

According to The Washington Post, Bolton in his upcoming book said that Xi explained the issue to Trump, who told him that the detention camps were “exactly the right thing to do.” – Rappler.com