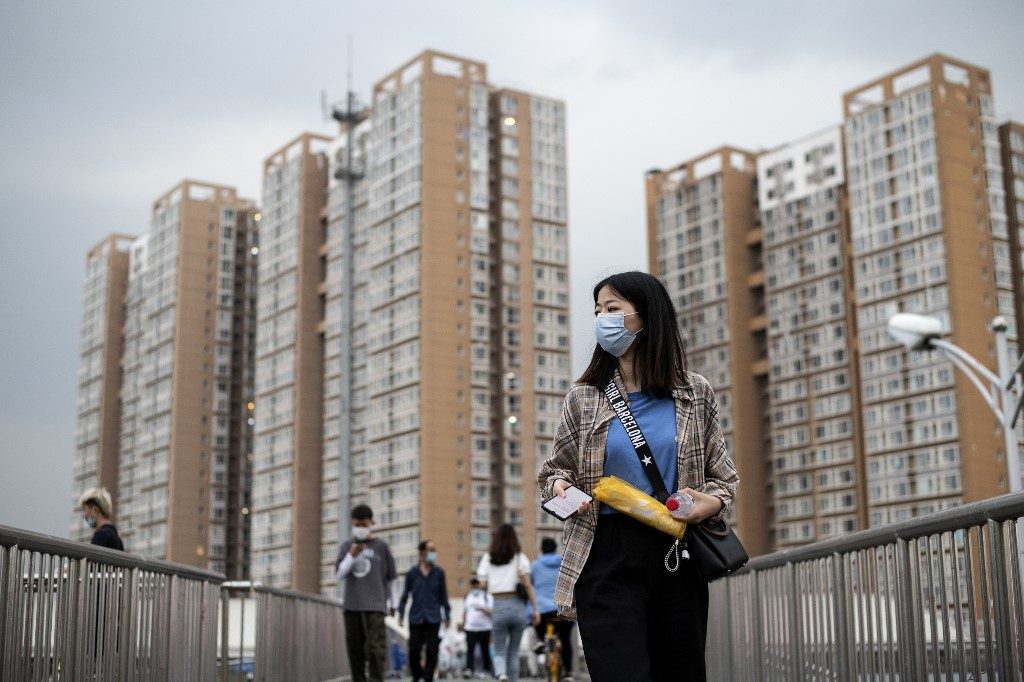 BEIJING, China – China imposed travel restrictions on nearly half a million people near its capital on Thursday, June 18, to contain a fresh coronavirus outbreak as deaths surged in other parts of the world.

The threat of a second wave hitting China, which had largely brought the virus under control, and rising tolls in Latin America and South Asia underscore the global challenge in slowing down the pandemic that has killed more than 450,000 people.

The world economy has also taken a hit, with the US Labor Department saying another 1.5 million American workers filed for unemployment benefits last week, bringing the number of people laid off, at least temporarily, by COVID-19 to 45.7 million.

With scientists around the globe racing to find a vaccine, the World Health Organization said it hoped that a few hundred million COVID-19 vaccine doses could be produced this year, and two billion by the end of 2021.

“If we’re very lucky, there will be one or two successful candidates before the end of this year,” WHO chief scientist Soumya Swaminathan said, adding that priority would be given to key workers and vulnerable people.

Europe meanwhile saw further restrictions lifted after months of confinement, with the restart of English Premier League games on Wednesday adding to a sense of a return to normality – albeit with empty stadiums.

French President Emmanuel Macron made his first overseas trip since the outbreak began, visiting London to mark the 80th anniversary of a wartime speech by General Charles de Gaulle.

Macron greeted Prime Minister Boris Johnson by pressing his palms together in a “namaste” gesture and the leaders upheld the two-meter social distancing rule as they posed for pictures.

Elsewhere in London, the Bank of England unveiled an extra £100 billion ($126 billion) of cash stimulus to prop up Britain’s coronavirus-hit economy.

The Spanish government announced a 4.2 billion euro ($4.7 billion) package to help the battered tourism sector, including a campaign to promote the country as a “safe” destination after the virus devastation.

China was back in containment mode after previously lifting huge lockdowns that had confined tens of millions to their homes. (READ: ‘It’s like someone’s hit pause on life’: China turns to therapy amid virus lockdown)

Another 21 cases of the virus were reported in the past 24 hours in Beijing, taking the total to 158 since a fresh cluster was detected last week after months of no confirmed local transmissions.

One case was also recorded in the neighbouring city of Tianjin and two more in Hebei province – which surrounds Beijing – prompting travel restrictions on Anxin county, home to nearly half a million people, banning most traffic going in and out of the area.

The latest outbreak started in Beijing’s sprawling Xinfadi wholesale market, which supplies more than 70% of the city’s fresh produce.

Beijing authorities have urged people not to leave the city, closed schools again, and locked down around 30 residential compounds to stamp out the virus, which emerged in the central city of Wuhan late last year.

Officials are also collecting around 400,000 samples a day for testing.

People lined up at the Workers’ Stadium in central Beijing to be swabbed.

“I don’t really mind waiting, it’s for the greater good and the benefit of society,” a 25-year-old shop assistant surnamed Pang told AFP.

Wu Zunyou, chief epidemiology expert at the Chinese Center for Disease Control and Prevention, told reporters that the new outbreak had been “brought under control.”

“That doesn’t mean there will be no patient report tomorrow,” he warned.

In the United States, the world’s most affected country, the number of daily deaths dropped below 1,000 for a seventh day in a row but the number of new infections has plateaued at around 20,000 per day.

More than a dozen states are recording their highest number of new COVID-19 cases since the beginning of the pandemic.

Brazil, second to the US, reported another 1,269 deaths on Wednesday as its overall toll rose above 46,500.

Early optimism that South Asia might have dodged the ravages of the pandemic has disappeared as soaring infection rates turn the densely populated region into a global hotspot.

Overflowing hospitals from Kabul to Dhaka are turning away suspected virus patients, mortuaries are being overwhelmed and desperate families are searching for help for critically ill loved ones.

World leaders have not been immune from the disease.

Honduran President Juan Orlando Hernandez, 51, was admitted to hospital with pneumonia after announcing he had contracted the virus. – Rappler.com