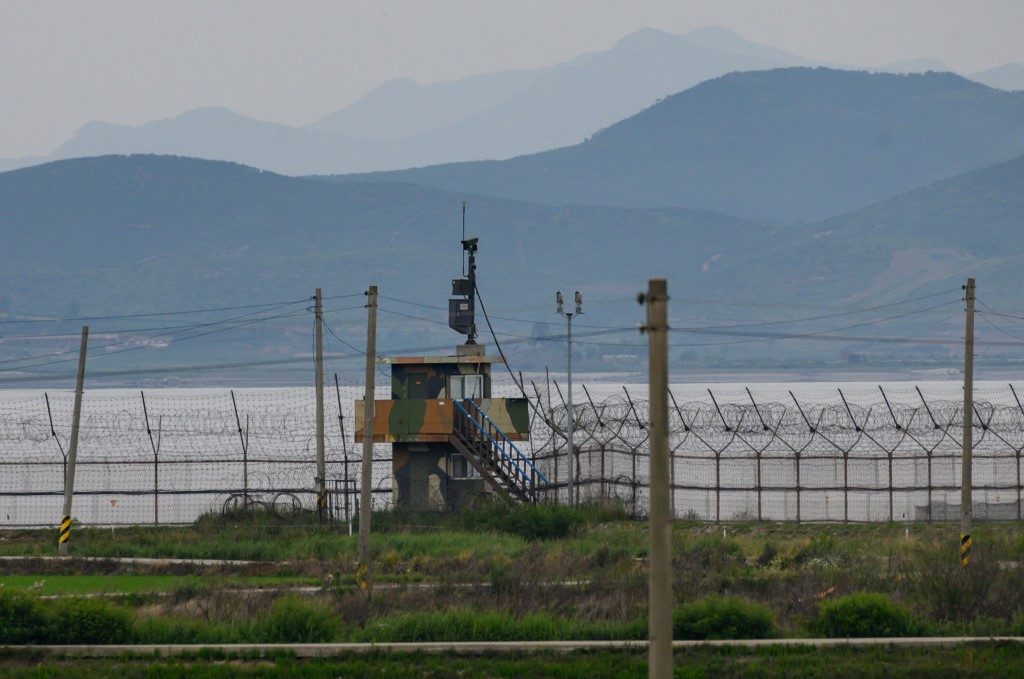 Facebook Twitter Copy URL
Copied
'Enraged' North Koreans are now 'pushing forward with the preparations for launching a large-scale distribution' of 'leaflets of punishment' into the South, according to a KCNA report

Pyongyang has recently issued a series of vitriolic condemnations of Seoul over anti-North leaflets, which defectors based in the South send across the border –usually attached to balloons or floated in bottles.

North Korea has upped the pressure over the campaigns with a dramatic demolition of a building on its side of the border that symbolised inter-Korean rapprochement, threats to bolster its military presence at the border, and now leaflets of its own.

“Enraged” North Koreans are now “pushing forward with the preparations for launching a large-scale distribution” of “leaflets of punishment” into the South, the official KCNA news agency said.

“Every action should be met with proper reaction and only when one experiences it oneself, one can feel how offending it is.”

One of the leaflets with an image of Moon drinking a cup of unidentified beverage read: “(He has) eaten it all, including the North-South Korea agreement”.

Seoul filed a police complaint last week against two defector groups over the leaflets that have offended Pyongyang, and warned of a “thorough crackdown” against activists sending anti-North leaflets.

But the North continued issue denunciations of the South over the leaflets  which criticise the North Korean leader over human rights abuses and his nuclear ambitions.

Analysts say North Korea may be seeking to manufacture a crisis to increase pressure on South Korea to extract concessions.

Moon, who has long favoured engagement with the North, was targeted earlier this week by Kim Yo Jong – the powerful sister of North Korean leader Kim Jong Un – in an extensive diatribe, calling him “disgusting” and “impudent”.

Seoul retorted with unusually stern criticism to Pyongyang’s latest denunciations of Moon and its blowing up of the liaison office this week, saying it will “no longer tolerate” the North’s “unreasonable acts and words”.

Inter-Korean relations have been in deep freeze for months, following the collapse of a summit in Hanoi between Kim Jong Un and US President Donald Trump.

That meeting foundered on what the nuclear-armed North would be willing to give up in exchange for a loosening of sanctions.

Saturday’s KCNA report on the leaflets comes a day after Kim Yeon-chul, South Korea’s point man for relations with the North, resigned over the heightened tensions, expressing hope that his departure “will be a chance to pause for a bit”.

The two Koreas remain technically at war after hostilities in the Korean War ended with an armistice in 1953 but not a peace treaty.  – Rappler.com