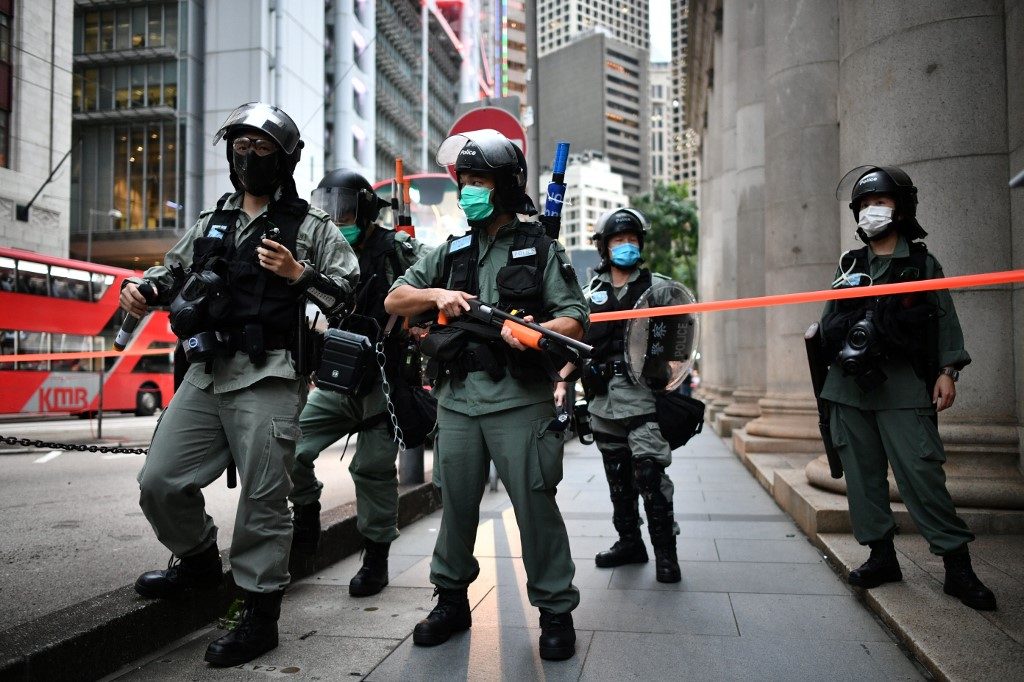 Around 50 special rapporteurs and other experts denounced the “repression of protest and democracy advocacy” in Hong Kong and urged Beijing to drop its controversial draft security law for the semi-autonomous city.

They also denounced “impunity for excessive use of force by police, the alleged use of chemical agents against protesters, the alleged sexual harassment and assault of women protesters in police stations and the alleged harassment of health care workers”.

In a statement, the experts, who do not speak for the UN but report their findings to it, said they “believe it is time for renewed attention on the human rights situation in the country,” in light of the “moves against” people in Hong Kong, Xinjiang and Tibet.

They raised “grave concern” over the “collective repression of the population”, disappearances of human rights defenders, allegations of forced labor, arbitrary interferences with privacy, and censorious cyber-security laws.

They also said journalists, medical workers and others exercising free speech over the COVID-19 outbreak in China have allegedly faced retaliation from the authorities.

It would also deprive Hong Kong of its autonomy and guaranteed rights, and undermine the right to a fair trial, they added while urging Beijing to withdraw the draft law. (READ: U.S. restricts visas for Chinese officials over Hong Kong)

They called on the UN Human Rights Council to act with “urgency” to monitor Chinese human rights practices, raising the prospect of holding a special session of the council to evaluate the range of violations listed.

They also said the international community should act collectively and decisively to ensure that China “respects human rights and abides by its international obligations”.

Human Rights Watch welcomed what it said was an unprecedented call for a special session of the UN’s top rights body.

Sarah Brooks, from the International Service for Human Rights, said the joint statement was long overdue but worth waiting for.

“The experts leave no doubt that behind the image China presents, the reality is deeply flawed — and that it’s time that governments who’ve preferred to stay silent take notice, and take action,” she said. – Rappler.com