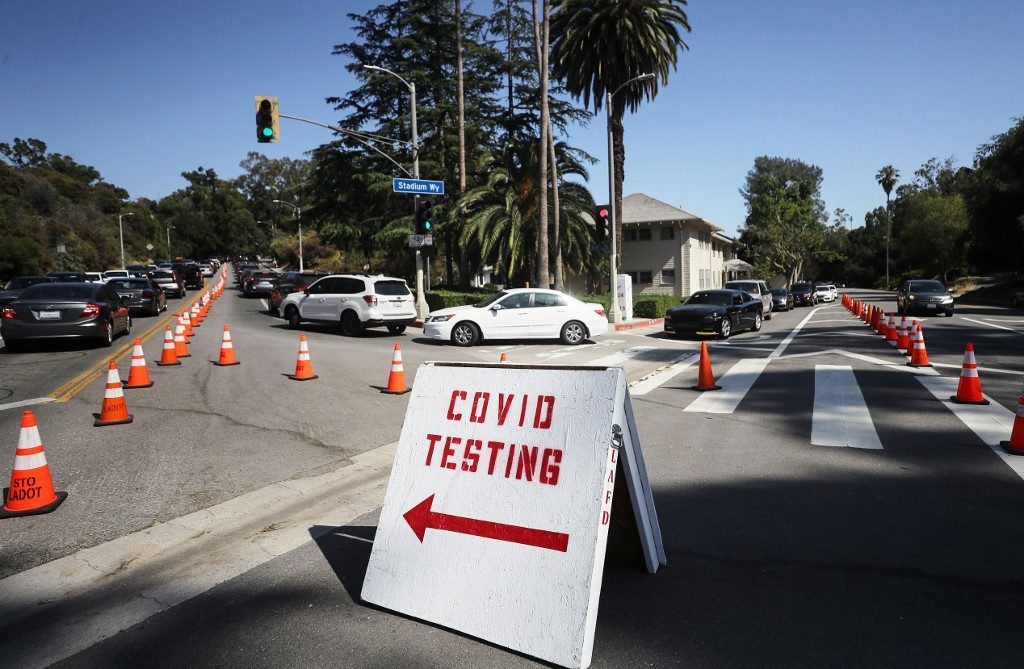 HOUSTON, USA – America’s top infectious diseases expert has warned the United States is facing a “serious problem” from a resurgent coronavirus as the illness puts the brakes on reopening two of the country’s largest states.

Texas and Florida closed bars and reimposed other curbs on Friday, June 26, as the number of infections in the US hit a single-day record with increases in 16 states, mostly in the south and west.

The contagion also continued its march through Latin America, where Brazil recorded another 1,140 deaths and Argentina toughened a lockdown in the capital Buenos Aires.

In Europe countries wrangled over plans to partially reopen the EU border, with officials fretting over the reliability of virus data from abroad, notably China, where COVID-19 first emerged late last year.

Much of the Western world is pressing ahead with lifting restrictions on daily life despite warnings from health officials that haste could cost more lives.

“We are facing a serious problem in certain areas,” leading US immunologist Anthony Fauci said at the first briefing in two months by the White House’s Coronavirus Task Force.

“The only way we’re going to end it is by ending it together,” he said of the outbreak.

The US is recording more than 30,000 cases daily. With nearly 125,000 lives lost, it has by far the highest confirmed death toll in the world.

Texas had been among the most aggressive states in easing curbs but its strategy has backfired with the nation’s second most populous state seeing several daily records in the number of new infections.

“It is clear that the rise in cases is largely driven by certain types of activities, including Texans congregating in bars,” Governor Greg Abbott said.

European diplomats said they planned to exclude the US from travel to the continent when the bloc’s external frontier reopens on July 1.

EU envoys have argued on drawing up criteria and sources told the Agence France-Presse a meeting on Friday ended with a tentative list of about 18 countries free to travel.

With nations around the world at different stages on the outbreak curve, agreeing on “travel corridors” has proved tricky.

Britain said it will lift its two-week quarantine rule for visitors arriving from some “low-risk” countries after pressure from airlines.

Sweden lashed out at the World Health Organization for listing it among countries deemed at-risk. The country made headlines for its high death toll after opting not to introduce a strict lockdown.

“We have an increase in cases because we have begun testing much more in Sweden the past week,” said Swedish state epidemiologist Anders Tegnell.

The WHO on Friday called for another $27.9 billion in donations to speed up the development and production of tests, vaccines and other treatments, part of its ACT accelerator plan to pool international resources.

About $3.4 billion has already been pledged, the global body said ahead of a major fundraising event in Brussels by the EU Commission on Saturday that will feature performances by celebrities including Shakira and Justin Bieber.

More than 490,000 people worldwide have now died from the virus and the number of cases is expected to reach 10 million in the next week, according to an AFP tally.

India clocked its 500,000th case on Saturday with a record daily leap of 18,500. The outbreak there is not expected to peak for several more weeks and experts say the number of cases could pass one million before the end of July.

Much of the global count has come from Latin America, where Brazil, the hardest-hit nation in the region, has logged almost 55,000 deaths and more than 1.2 million cases.

In neighbouring Argentina President Alberto Fernandez announced a tightening of lockdown measures in the capital as cases spike, adding people could only leave home “to fetch provisions for daily life”.

With much of the world under lockdown for months, the virus has crippled economies and signs of the damage have been widespread.

In Southeast Asia the leaders of the 10-member ASEAN bloc said the pandemic would see the region’s economy contract for the first time in 22 years.

“It has swept away the successes of recent years… threatening the lives of millions of people,” Vietnam Prime Minister Nguyen Xuan Phuc said.

Panic-buying has also reared its ugly head again, with supermarkets in Australia imposing limits on purchases of toilet paper after people snapped up masses of stock, rattled by a surge in cases in Melbourne.